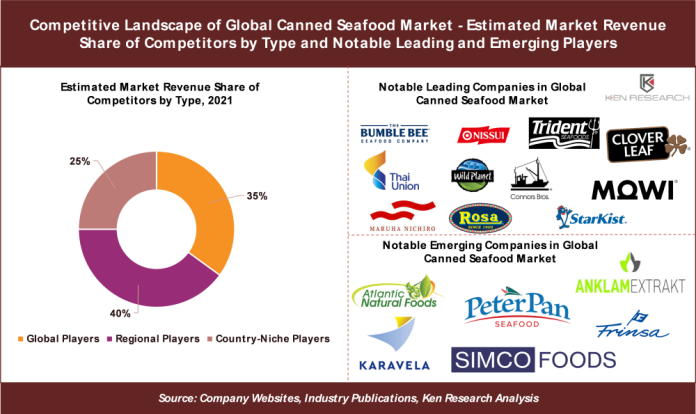 Country-Niche Players and Regional Players constitute ~55% and ~40% respectively Despite the Presence of about ~300 Competitors, find a Recent Market Study on Global Canned Seafood Market.

Fish and seafood products that have been commercially prepared, heated to sterilize them, and then pre-served in hermetically sealed containers are referred to as canned fish. It is being increasingly adopted for household and commercial consumption.

A comprehensive competitive analysis conducted during the Research Study found that the Global Canned Seafood Market is competitive with ~300 players which include globally diversified players, and regional players, as well as a large number of country-niche players.

According to the research study, the Regional Players held the dominant position in the market in 2021, with a revenue share of about ~40% followed by large global players which held ~35% of the market share. A large number of country-niche players operate in the market, however, certain restrictions and regulations regarding canned and packaged foods hamper their development and growth. Moreover, many global and regional players tie up with local players to expand their presence in a certain regional market providing them with the advantage of locally sourced material and local distribution channels. 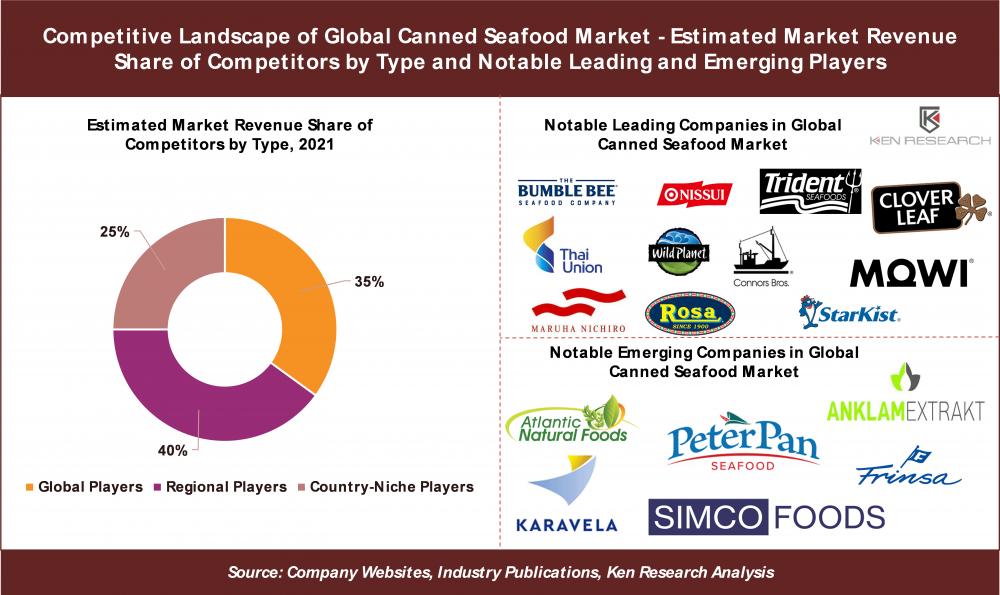 Players are Increasingly Investing in the Canned Seafood Industry which is Promoting the Market Growth.

There are several global companies in the fragmented Market For Canned Seafood. The market’s major manufacturers, who have a sizable consumer base, well-established brands, and extensive distribution networks, compete fiercely with the market’s players. To stay competitive, businesses have been putting numerous expansion tactics into practice, such as collaborations and the introduction of new products.

Not just key players but also emerging players are expanding in the Canned Seafood industry and are also investing in strategies like collaborations and technological development to compete in the industry. 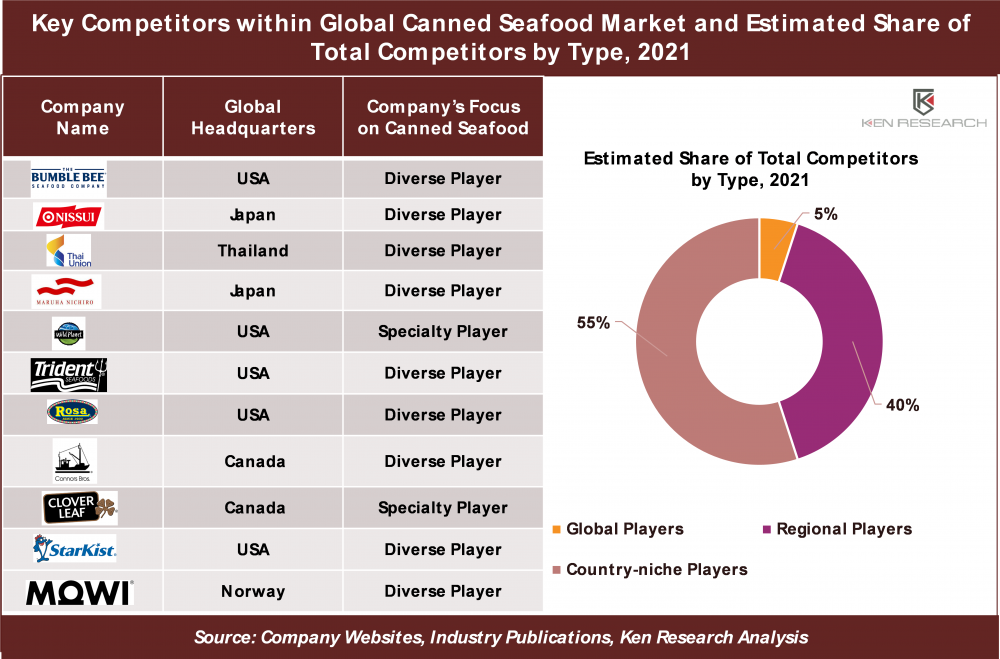 Increased Adoption of Canned Seafood in Various Parts of the World leading to Major Industry-Wide Developments, Acquisitions, and Deal-Wins

Buy Now The Covid-19 pandemic posed challenges for the Bahrain Catering Market, but post-pandemic the industry is expected to bounce back as things go normal. Bahrain...
Read more
Business

Buy Now The Covid-19 pandemic posed challenges for the Bahrain Catering Market, but post-pandemic the industry is expected to bounce back as things go normal. Bahrain...
Read more