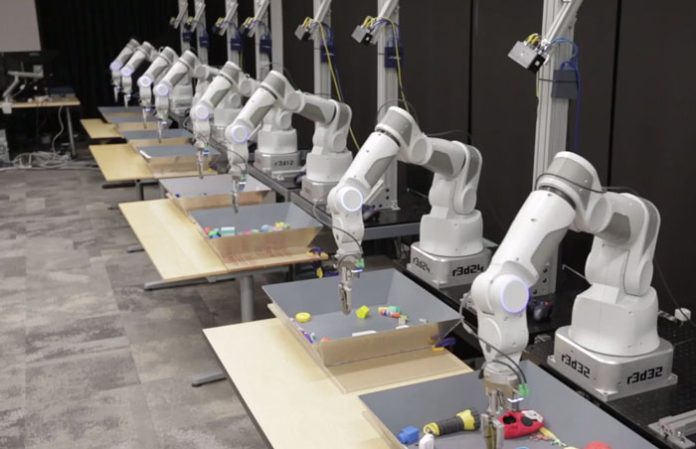 Robotic arms are programmable machines that function in a manner similar to a human hand with several joints that can move along an axis or rotate in dissimilar directions. It is capable of functioning a specific task or tasks speedily, efficiently and extremely accurately. Since it is a machine, it is designed to be stronger than the human hand. It means that robotic arms can function repetitive and heavy tasks with higher accuracy over an extended duration.

According to the report analysis, ‘Asia Pacific Robotic Arms Market by Type, by Payload Capacity, by Application, by End-User Industries and Major Countries, Market Size and Growth, Market Outlook and Forecast by Revenue (2017-2027)’ states that the usage of robotic arms will continue to grow due to growing requirement of automation in almost all industries and for being utilized for most applications from material handling to assembling. The requirement and development of technologies such as artificial intelligence and machine learning which assist the augment in the number of applications for robotic arms are also going to propel its growth.

In addition, continued investments in research and development by the producers to bring out several advanced robotic arms with sophisticated technology will also endure to drive the growth of the market. However, high capital costs linked with robotic arms do not allow several companies to try and buy the automatic robotic arms, so the market remains constrained.

The Asia Pacific Robotic Arms Market can be classified based on Type into categories such as Articulated, Cartesian, SCARA, Spherical or Polar, and Cylindrical. Based on the Payload capacity, the market is classified as Less than 500 kg, 501-3,000 kg and 3,001 kg and above. The Materials Handling, Cutting & Processing, Soldering & Welding, and Assembling & Disassembling are the Application based segments in the market. On the basis of end-user industries, the market can be classified into Automotive, Electrical & Electronics, Metals & Machinery, Plastics & Chemicals and Food & Beverages.

Geographically, the foremost countries in Asia Pacific are China, Japan, South Korea, India and Taiwan. The value chain of the Robotic Arms market entails of providers of core raw materials such as steel, cast iron, rubber, wires and aluminum. There are other entities such as machine builders and panel builders which supply materials such as panels, electric motors, etc. Subsequently, such materials are fabricated, assembled and designed by the robotic arms manufacturers and then distributed through several channels involving the direct and traditional channels such as distributors. Afterwards, these distributors convey the products to the clients/end-users.

In addition, the increase in shift in company business operations because of the pandemic-induced work-from-home is one of the foremost factors propelling the growth of robotic arm market. Also, the integration of cognitive technologies along with alteration in business processes around the enterprises has a positive impact on the market. Therefore, it is predicted that during the near future the market of robotic arms will augment over the review period.

Ministries of Electronics and Engineering

Buy Now Market Overview Densimeters also known as density meters are characterized as the scientific estimating instruments that are utilized to decide the density of fluids...
Read more
Business

Buy Now Market Overview The Fire Safety Systems is the standardized products installed in the building for detecting the fire outbreak. The framework distinguishes and quenches...
Read more

Buy Now 5G, the fifth generation of cellular wireless technology, has the potential to deliver the massive connection power and fast speeds that can assist...
Read more
Load more