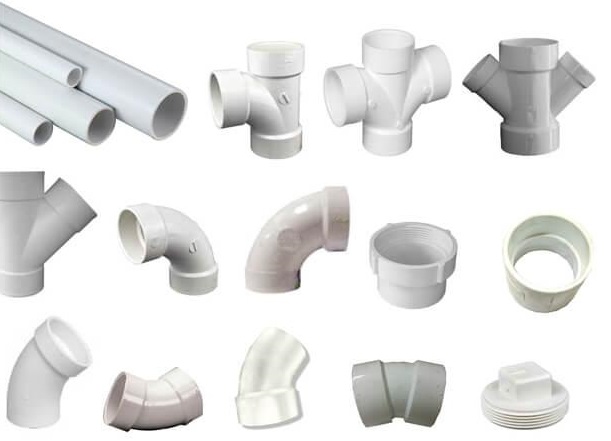 Australia was an early adopter of PVC pipe with local manufacturing commencing in 1960. The PVC pipe industry in the country is dependent on both local and imported resins because of the shear volumes and without the imports the local producers struggle to meet all the requirements. The industry has been facing intense competition from imports from Asian countries owing to their low cost and similar quality standard products. The market has recorded surge in overall revenues from USD ~ million during 2012 to USD ~ million in 2017 at a CAGR of ~% during 2012-2017. The production capacity for PVC pipes and fittings have grown at a modest CAGR of ~% during the period 2012-2017. Australia’s gas distribution network is depended more on PVC pipe systems than any other material for many years. Similar aspects have been observed for water and wastewater utilities as they now primarily use PVC pipe systems to deliver clean drinking water and safely remove wastewater. The electrical cables buried in the street are protected by a polyethylene or PVC conduit, as are the communications utilities. Extensive use of PVC pipes in varied applications has majorly driven PVC pipe market across Australia over the years.

The PVC pipe and fittings industry in the country has been dominated by few major players in the market which have accounted for major market share during 2017. It was witnessed that PVC pipes and fittings market was dominated by domestic manufacturers facing high level of competition from imports, majorly from Asian countries. The competition in the local market has been intense due to the availability of major companies producing almost the same product in terms of quality. Australia PVC pipe and fitting market is dominated by six major players including Georg Fischer Piping System, IpLex Pipelines, Pipe King, Pipemakers, Australian Plastic Profile and Vinidex.

Georg Fischer Piping Systems Ltd. develops manufactures and market a range of piping systems and components that are used to transport water and gases. The company was founded in 1802 and is based in Schaffhausen, Switzerland. The company has accounted a share of ~% of the total revenue in the overall market during 2017. IpLex Pipelines was founded in 1938 and is based in Chatswood, Australia with manufacturing sites in Australia and New Zealand. The company manufactures and distributes pipes and fittings for water and gas industries. The company has accounted for share of ~% in the overall market during 2017. Pipe King manufactures and supplies a comprehensive range of products to service the plumbing, sewerage, drainage, storm water, electrical and telecommunications markets and it is a 100% Australian owned and operated company.

The revenue from the Australia PVC pipes and fittings industry is projected to register modest growth over the period 2018-2022. It is projected to grow by CAGR of ~% over the period 2017-2022 and is expected to reach USD ~ million in 2022 as compared to USD ~ million in 2017. Performance data from Australia water agencies suggest that PVC is the best performing pressure water pipe system in the country which will majorly aid the overall demand of PVC pipes owing to investment by government bodies in water supply infrastructure. It has been witnessed that PVC pipe companies in Australia are establishing PVC pipe recycling centers which has improved the image of PVC pipes in the country and hence positively affected its usage. Additionally, extensive use of PVC pipes in irrigation and industrial applications in Australia will lead to market growth.

Key Topics Covered in the Report:

India Domestic Pumps (Less than 2.5 HP) Market Outlook to 2025 – Driven by Depleting Ground Water Level and Rise in the Number of Infrastructure Projects