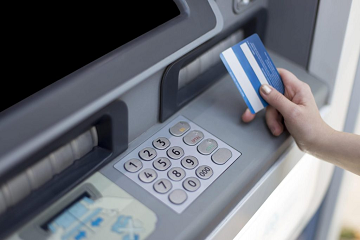 The market of ATM Supply companies is highly concentrated with few players constituting more than two-thirds of the total share. The majority of industry players have formed strategic alliances and collaborations with international firms to lower production costs or provide their customers with other value-added services. Such alliances are anticipated to lower ATM machine costs in the future, and the industry may change to become more concentrated in the years to come. Major players are NCR Corporation, AGS Transact, Diebold Nixdorf, Hyosung, Hitachi Payments are the major players in the industry

In the future, growing numbers of ATMs are being installed in outlying areas, less accessible to service and maintenance teams, while cash recyclers, which typically have a shorter lifespan than cash dispensers, are set to grow as a share of the total. These factors are expected to shorten average ATM replacement cycles. However, to reduce costs, deployers may attempt to make their machines last longer, perhaps by repairing terminals that would otherwise be replaced.  Over the forecast period, ATM managed services market is estimated to grow at a CAGR of ~% during the period FY’2022-FY’2027F. It is expected that as more population will come under the domain of banking services, the number of transactions performed at an ATM will eventually increase. The revenue generated by the end of FY’2027 is expected to be over ₹ ~ billion from ATM-managed services. In the future, the confidence of consumers will increase with the introduction of the new RBI circular which implies increasing the security of ATMs.

How Are the ATMS Being Managed In India?

In India, there are four types of ATMs which exist for the management. These are namely Managed Services (MSPs), Brown label ATMs (Completely Outsourcing/IADs), ATMs managed by banks and White label ATMs. Majority of ATMs are from managed services which were recorded at ~ ATMs as on 31st March 2022. However, Brown Label ATMs has been recorded as ~ in numbers as of 31st March 2022. These ATMs are owned by banks and further deployed to ATM management companies for their management.

Which Type of ATM Machines Are Operated In India?

Majority of the ATM cash recycler machines have been observed in the Metro cities and urban areas as people are using these ATMs to save their time in reaching out to a particular bank branch and standing in a queue to deposit the money. However, cash recyclers are not widely present in rural areas owing to limited know how of the machines.

Major players in the market which manufactures the CDM are NCR Corporation, AGS Transact, Hitachi Payments and others. During FY’2022, it was recorded that State Bank of India had the most of number of Cash Recycling Machines deployed which was ~ number of machines, followed by Axis Bank and Bank of India with ~ and ~ number of cash recycling machine units installed.

Overview Of the Indian Economy

Indian Economy’s long-term growth potential is positive due to the penetration of young population, corresponding low dependency ratio, robust savings and investment rates, and increasing globalization of the economy. India is world’s sixth largest economy by nominal GDP and third largest by purchasing power parity (PPP) during 2020. The country is positioned at 162nd rank in the World in per capita GDP (nominal) with USD ~ as of 2022.

To more about industry trends, Request a Free Expert Call

What Are the Major Services Which Are Provided By MSP’S?

ATM managed services market incorporates various services such as ATM Site Management, Cash management services, Transaction processing, ATM supply, ATM repair and maintenance, Cash Reconciliation Statement and Content & Electronic Journal Management. ATM Site Management and other services which include services such as (payment of rent, man guarding, network services and services such as ATM deployment, management and operationalization of ATM) has dominated the market in terms of revenue which was reported at INR ~ million during FY’2022. This was followed by cash management services with revenues of INR ~ million in FY’ 2022. However, other services (Transaction Processing, ATM supply, ATM repair and maintenance Cash Reconciliation, Content & Electronic Journal Management) contributed revenue of INR ~ million during FY’ 2022. ATM repair and maintenance has contributed ~% share in the revenue generation in the ATM managed services market in India. The least amount of revenue is generated through content and electronic Journal management services as banks generally manages these services on their own.

The current cash management cycle involves cash pick up from bank, cash movement from the bank to the ATMs’ locations, grading, counting, monitoring ATMs for assessing the level of cash in an ATM, and replenishing cash in the machine accordingly. India cash management services market has increased at a CAGR of ~% during the period FY’ 2016 – FY’ 2022. Market attained significant growth during the period FY’2016 – FY’ 2022 due to increase in services offered by the cash management companies such as cash vault services, bullion management, cash processing and others. However, Demonetization had led to decline in currency circulation in the country from INR ~ billion in FY’ 2016 to INR ~ billion during the FY’2017, which negatively affected the profitability of cash management companies as majority of the ATMs remained out of cash during the period of demonetization. Similarly, during FY’2021, covid-19 had a negative impact on the cash management revenues because of the restrictions and lockdowns imposed by the government in the country.

Buy Now 1.  The Covid-19 pandemic is a driving force in exhilarating and paving the way for newer companies to enter the BNPL space in...
Read more
Banking Financial Services and Insurance

The UAE Robo-Advisory in Wealth Management market is expected to grow in the near future owing to rising number of High-Net-Worth Individuals & relatively...

Use of technology for better recovery predictions and improvement in KSA legal system act as catalysts for the KSA Debt Collection Industry: Ken Research