Europe battery recycling market is expected to record a positive CAGR of 40.0% and reach approximately US$3.5 Bn by 2027: Ken Research 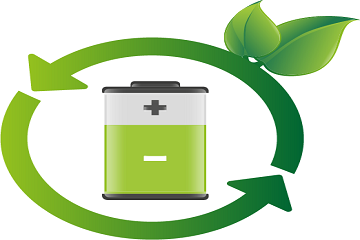 Battery recycling is the technique of reusing and reprocessing batteries with the goal of minimizing the number of batteries disposed of away as material waste. The Europe battery recycling market is expected to record a positive CAGR of ~40.0% during the forecast period (2022-2027) and reach approximately US$3.5 Bn by 2027, primarily driven by the depleting availability of fresh raw materials for the production of batteries which is increasingly growing in demand in both household electronics as well as industrial use. The ongoing Covid-19 pandemic has benefited the battery recycling industry as the demand for electric vehicles (EV) in the region experienced a growing trend with a remarkable rise in sales in the year 2020.

Augmenting demand from industries for batteries has in turn posed pressure on raw material production at an advanced rate. It is directly affecting the ratio proportion of the ability to produce raw materials like lithium to meet the demand for the same. This has focused the attention on recycling processes to meet up with the rise of battery requirements in industries. 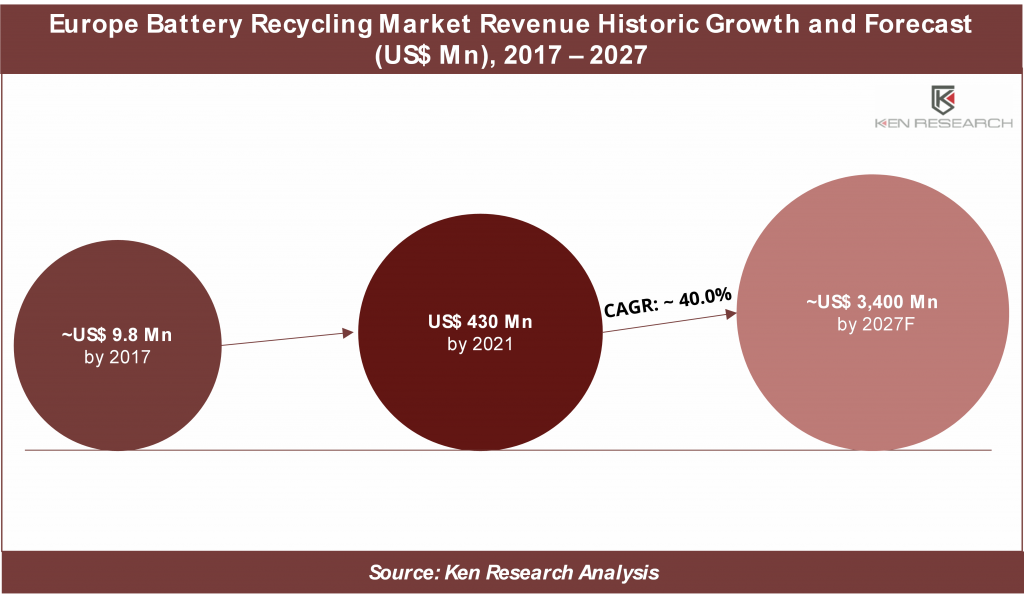 To Know More about this report, Download Free Sample Report 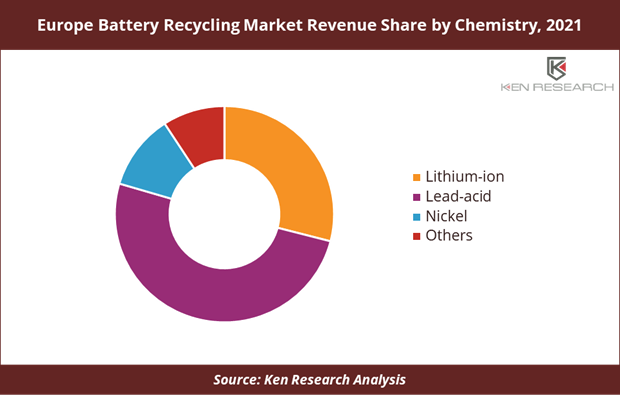 By Recycling Methods: The pyrometallurgy segment holds the largest market share in the Europe Battery Recycling Market as trusted and widely used method in the region. 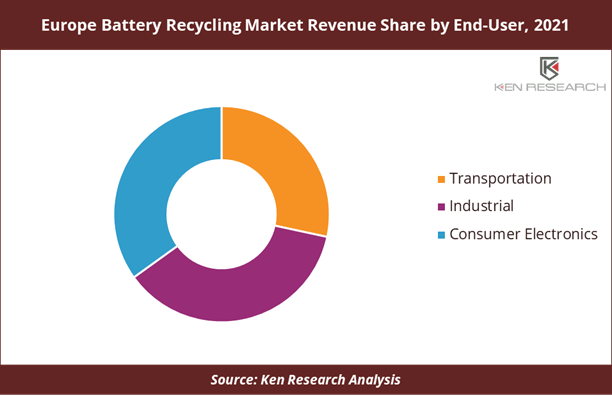 Visit this Link Request for a custom report

By Geography: Germany accounts for the largest share of the total Europe battery recycling market, accounting for a significant share of total market revenue due to rising government regulations on the same. 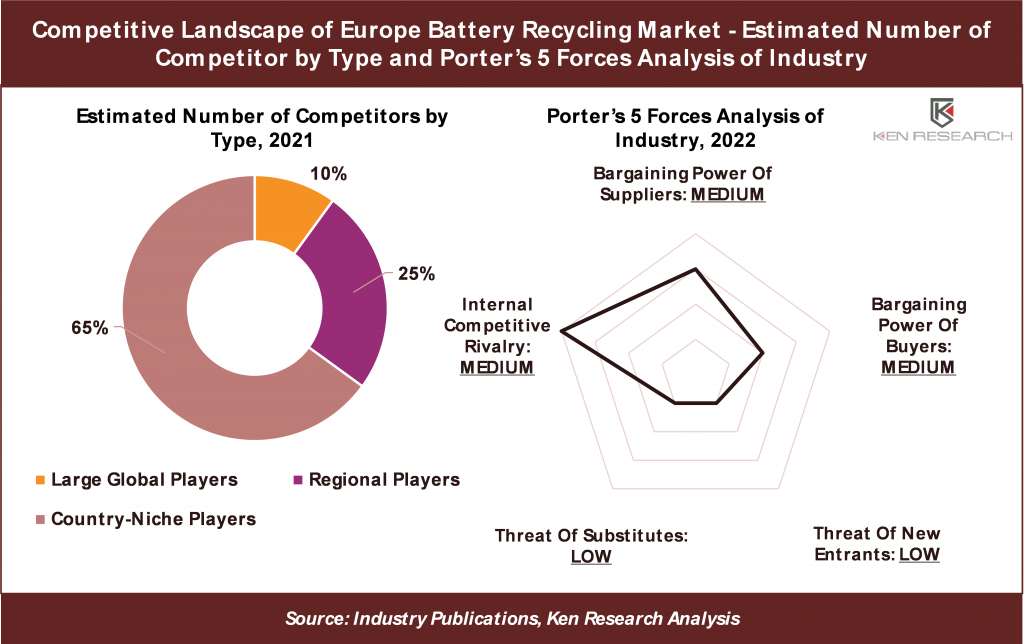 The Europe Battery Recycling Market is forecasted to continue an exponential growth that is witnessed since 2017, primarily driven by rising demand for electric vehicle and escalating environmental issues arising from carbon emissions. Though the market is highly competitive with around 100 participants, few global players control the dominant share and regional players also hold a significant share.

Ken Research has published a report title Europe Battery Recycling Market Size, Segments, Outlook and Revenue Forecast 2022-2027 that is segmented by Source, Chemistry, Recycling Methods, and End-User. In addition, the report also covers market size and forecasts for the region’s six major countries’ battery recycling markets. The revenue used to size and forecast the market for each segment is US$ million.