Europe Electric Powertrain Market is expected to record a positive CAGR of nearly 11% during the forecast period (2022-2027): Ken Research 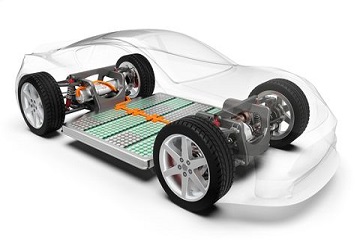 According to Ken Research estimates, the Europe Electric Powertrain Market – which grew from around US$ 14 Billion in 2017 to nearly US$95 Billion in 2021 – is expected to grow further into a more than US$ 160 Billion opportunity by 2027.

The Europe Electric Powertrain Market is expected to record a positive CAGR of nearly 11% during the forecast period (2022-2027), due to the globally rising demand for electric vehicles. The Covid-19 pandemic benefited the Electric Powertrain industry, notably in 2020, because of the increasing concern over health and the environment. Rising petrol prices also benefited the electric powertrain market to gain momentum as many car owners shifted towards EVs from ICEs. Electric Powertrain components’ growth is directly proportionate to automobile companies’ product demand in the market. 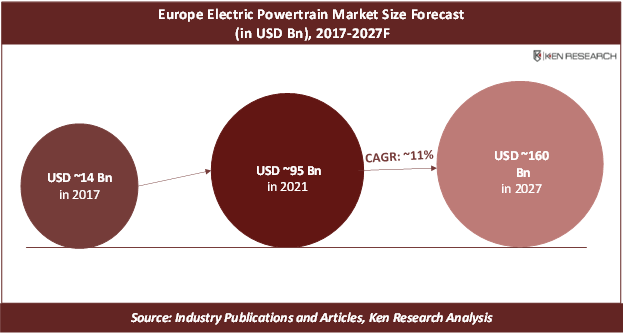 By EV Type: TheHEV segment accounts for the majority share of the Europe Electric Powertrain Market.

Policies and regulations laid down by the European government in various regions to reduce the carbon emission on roads by net zero by 2035 are fueling the demand for fully and hybrid electric vehicles. 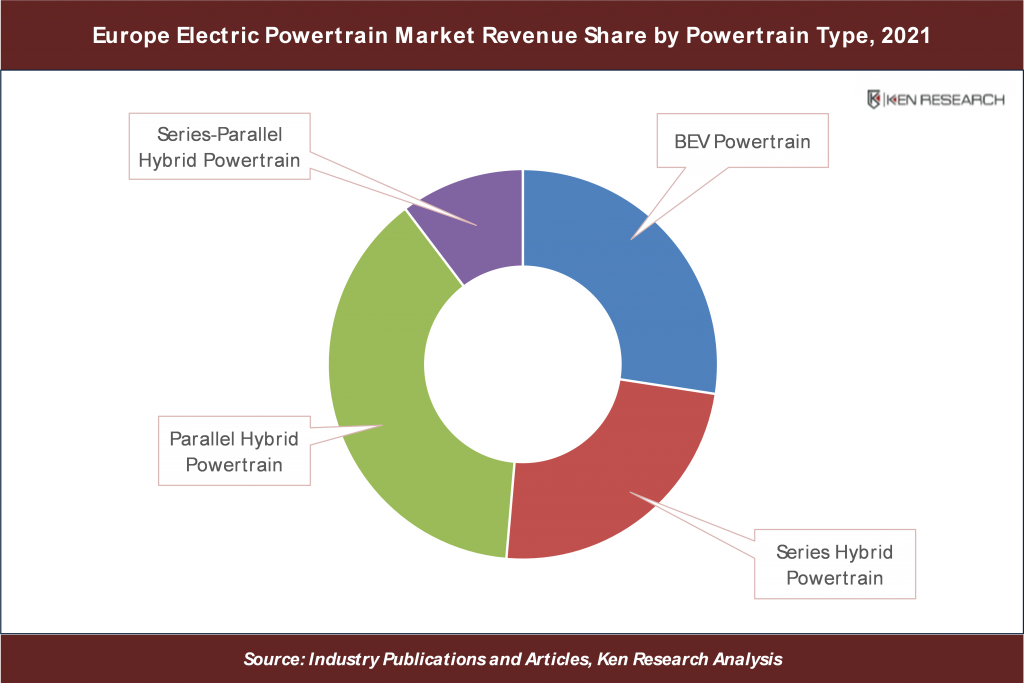 By Vehicle Type: Passenger cars refer to vehicles designed and constructed for carrying individuals. It comprises not more than eight seats inclusive of the driver and has a maximum mass of 3.5 tones. Commercial vehicles are specially designed for transporting goods and materials rather than passengers. These vehicles can be used for personal and business purposes. There is a wide range of commercial vehicles, such as trucks, tractors, buses, panel vans, and chassis cabs.

By Geography: Germany is the largest country within the total Europe Electric Powertrain market, accounting for more about a quarter of total market revenue. 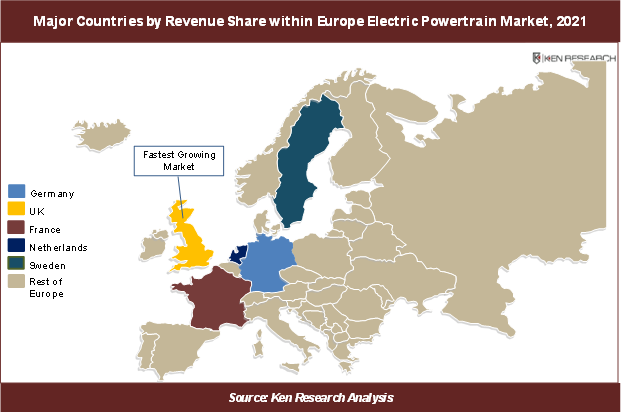 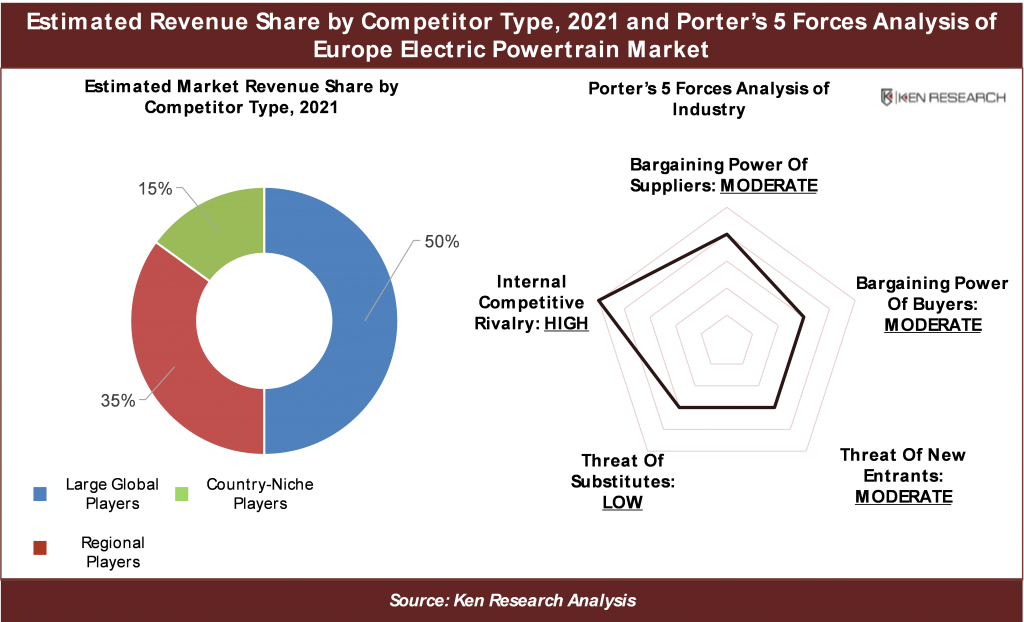 The Europe Electric Powertrain Market witnessed accelerated growth during the period 2017-2021, primarily driven by increased health and environmental concerns, declining battery prices, and rising prices of fuel. Although the growth rate is expected to come down in the forecasted period, the adoption rate of electric vehicles is estimated to remain strong as the European Union has a net-zero target to achieve by 2050. Several European governments are providing subsidies to encourage EV purchases.

Though the market is highly competitive with over 200 participants, few global players control the dominant share and regional players also hold a significant share.

Ken Research has published a report title Europe Electric Powertrain Market Size, Segments, Outlook, and Revenue Forecast 2022-2027 that is segmented by Components, EV Type, Powertrain, and Vehicle Type. In addition, the report also covers market size and forecasts for the region’s five major countries’ Electric Powertrain markets. The revenue used to size and forecast the market for each segment is US$ Billion.