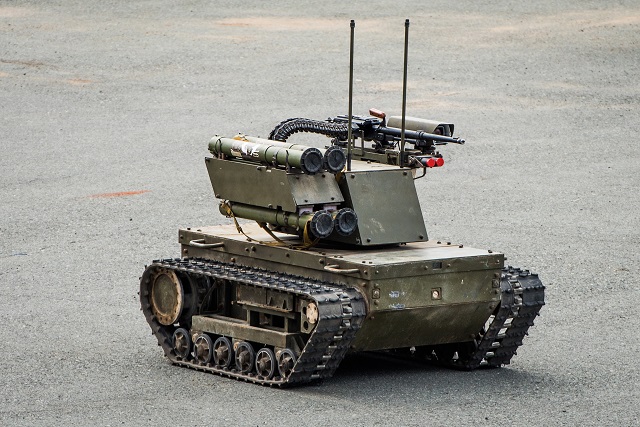 Military robots are remote-controlled robots or autonomous robots, which are designed for military applications for instance transport, rescue, targeting, search, and attack operations. These robots are commonly used for military & homeland security purpose, designed for armed tasks like airborne, gunfire, and for underwater surveillance. These robots assist military capable of image capturing, gunfire, bomb disposal, carry wounded military personnel, and detect the mines among others. Key driving factor for military robot market is advancement of automation in the defense industry. Furthermore, these robots can traverse through rough & hazardous environment, which is surging the interest among the defense forces across the world to incorporate robots in to their battalions. Military robots, such as small UAVs or mini UGVs, are useful to provide the battlefield intelligence and recording of potential target, which are composite and difficult to detect.

According to study, “Europe Military Robots Market by Platform, Application, Operation, Payload and Country 2014-2025: Growth Opportunity and Business Strategy” the key companies operating in the Europe Military robots market are QinetiQ, ESTEC and among others. The key companies operating in the market are initiation new products to augment their market representation.

Based on geography, the European region is segmented as France, Germany, UK, Russia, Italy and rest of Europe. It is anticipated that future of the Europe Military robots market will be bright owing to increase in deployment of UAVs, UGVs, USVs, and AUVs for ISR applications in the region. It is also anticipated that Europe military robots market will be reached at US $4.79 billion in 2018, representing the second major regional market in the world. It is likely to exhibit a 12.2% growth per annum throughout 2019-2025.