The Fantasy Sports market is expected to witness ~650Mn Active User registrations by FY’2027F owing to the Growing popularity of Sports Leagues and Reaffirmation of the legality of the Fantasy Sports format in India: Ken Research 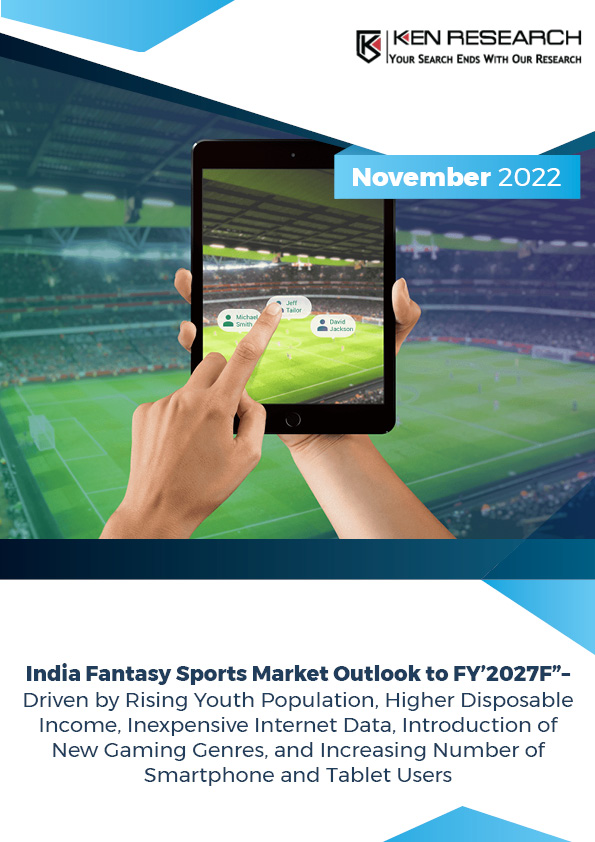 Growth of Indian Fantasy Sports business: The development of sports infrastructure and the popularity of sporting leagues nationwide are also anticipated to contribute to the expansion of the Indian FS business. Along with other important environmental reasons, such as greater media digitization, streamlined digital payment platforms, rising smartphone adoption rates, and considerable global expenditures in high-speed internet infrastructure, these factors also contribute to this expansion. Also, investments in the sports sector will increase the viewership of the event, which will boost sports enthusiasts’ participation in FS competitions.

Growing Younger Population and Higher Disposable Incomes: The majority of platforms offer free-to-play versions of the game so that users can practice and become accustomed to the system. This promotes competition and ensures fair play. The headway in monthly spending of customers is due to the growing younger population, higher disposable incomes, introduction of new gaming genres, increasing number of smartphone and tablet users, and high internet penetration rate. With several conducive factors, including superior infrastructure and skilled workforce, tier-II and III cities have emerged as new loci of growth recently.

Digitization in India and Increased Trust in Digital Payments: The development of numerous payment platforms supported by UPI gave the assistance that was sorely needed. Today, only secure and trusted digital payment gateways are used for all transactions on Fantasy Sports sites. Even the idea of a connected fan has led to more value chain participants, such as leagues, players, sponsors, and media, getting more involved, which has helped the Fantasy Sports sector flourish as a whole.

Analysts at Ken Research in their latest publication “India Fantasy Sports Market Outlook to FY’2027F Driven by Rising Youth Population, Higher Disposable Income, Inexpensive Internet Data, Introduction of New Gaming Genres, and Increasing Number of Smartphone and Tablet Users” by Ken Research observed the potential of the Fantasy Market in India. The rise in the Young Population and High Disposable Income, the Low-Cost Internet Data and Growing Smartphone & Tablet Users and New Product Offerings is expected to contribute to the market growth over the forecast period. The India Sports Fantasy Market is expected to grow at 38.4% CAGR over the forecasted period FY’2022-FY’2027F. 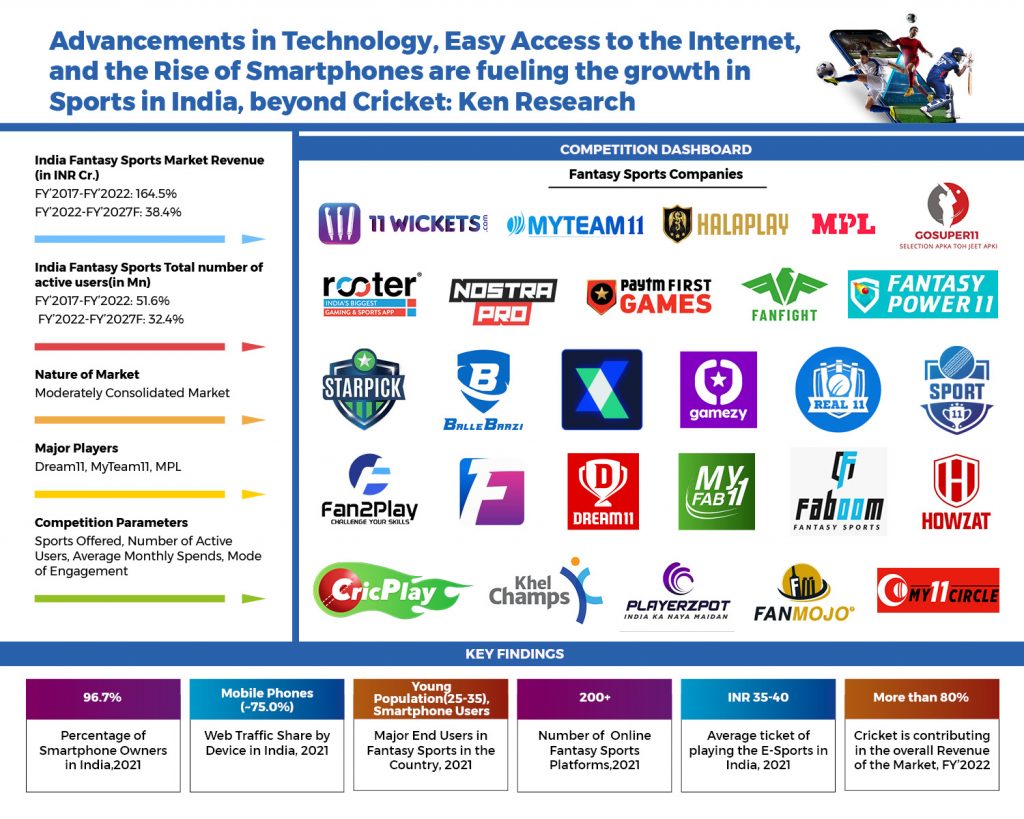 By Mode of Engagement

By Frequency of Engagement

Buy Now Oman Mattress Market is in the growing stage, owing to the increasing disposable income, increasing urbanization and a rise in awareness about healthy...
Read more
Business

The Germany Mattress Industry has grown steadily in the last five years owing to the increased urbanization and growing healthcare and hospitality sector: Ken...

Buy Now The Mattress Market in Germany saw a steady growth in the period of 2017-2021, and the market is expected to grow at a...
Read more
Consumer products and Retail