Global Cloud Gaming Market is expected to witness exponential growth of around 60% CAGR over the next 6 years 2022-2028: Ken Research 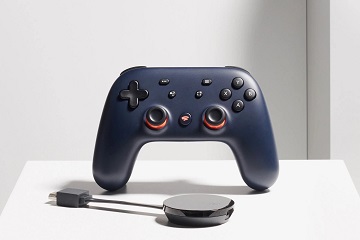 Cloud gaming is a process of playing video games in data centers using remote servers. There’s no requirement to download and install games on a console or a PC. Instead, streaming service providers require a stable and smooth internet connection to send gaming information to a browser or an app installed on the recipient’s device. The game is mostly played on the remote server, but one can communicate and watch with everything available locally on their device.

According to Ken Research Analysis, the Global Cloud Gaming Market is expected to witness exponential growth of around 60% CAGR over the next six years (2022-2028) and cross ~US$ 20 Bn revenue by 2028. 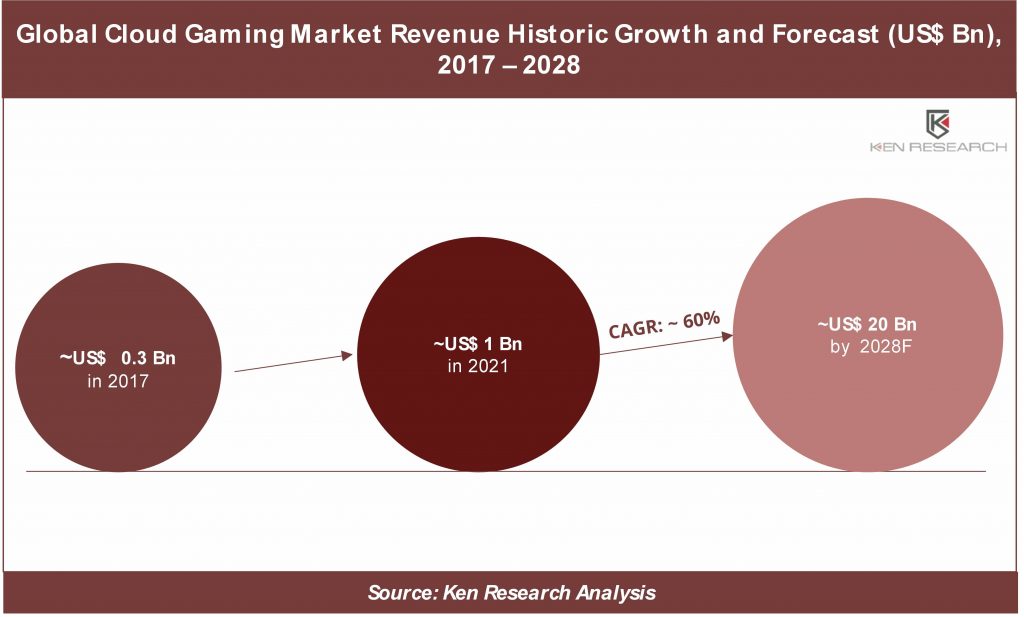 By Offering: In the Global Cloud gaming market, the Gaming Platform Services segment is the fastest growing during the forecast period. 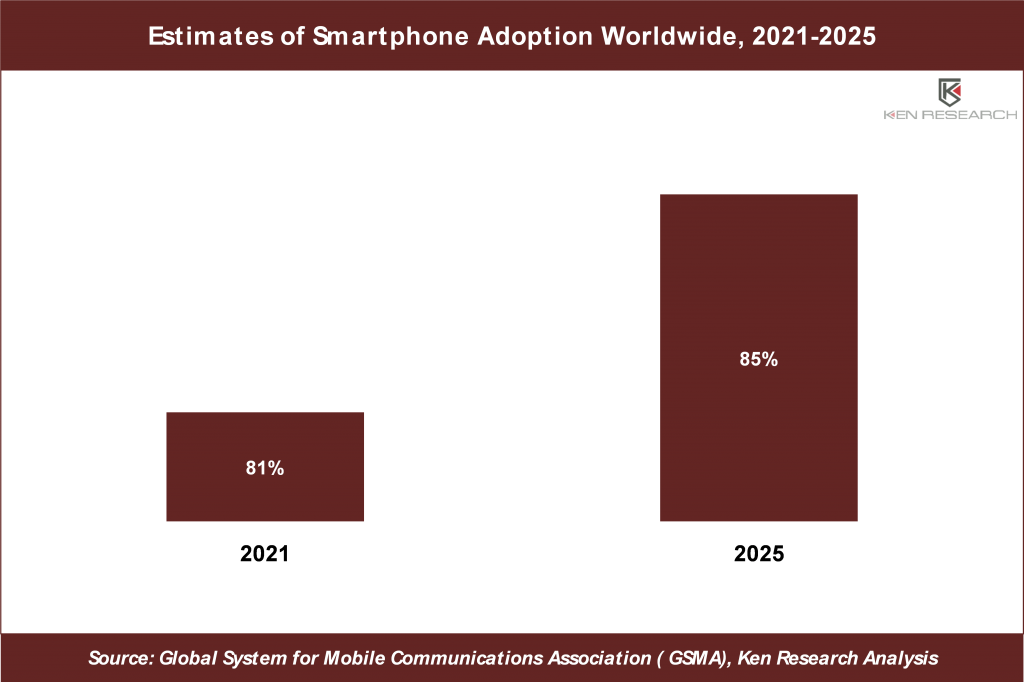 By Solution: The File Streaming Solution segment of the Global Cloud Gaming Market is expected to have the largest market share during the forecast period

By End-user: Hardcore gamers segment of the Global Cloud Gaming market is estimated to account for the largest market share in 2022 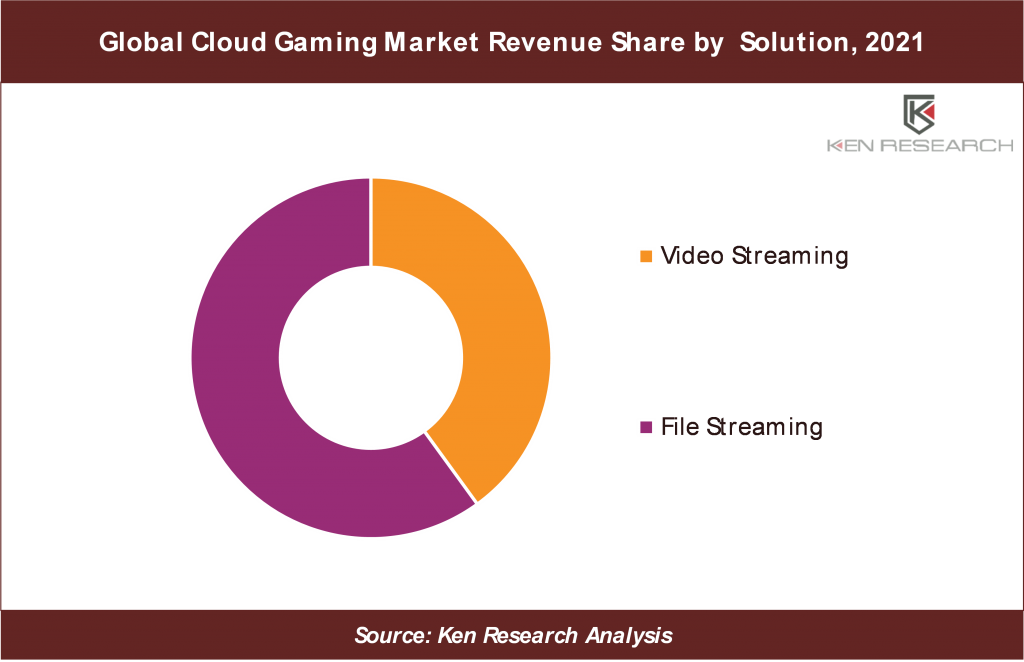 By Geography: The North America Cloud Gaming Market is forecasted to be the fastest growing market during 2022-2028. 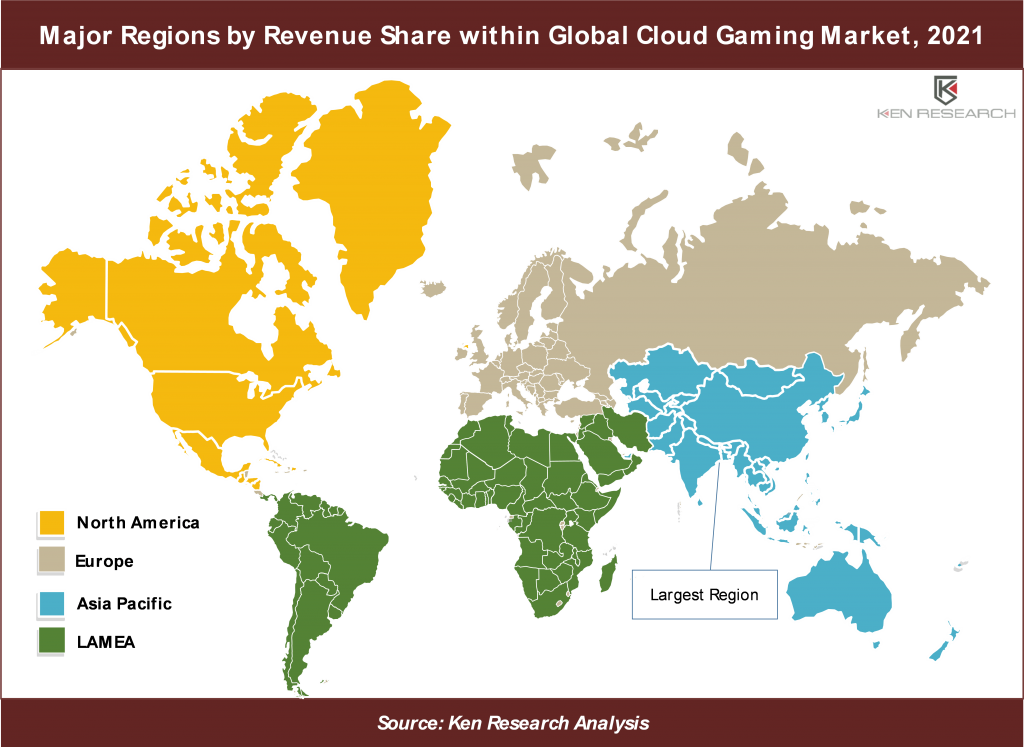 The large global players comprise about 10% in terms of the number of competitors followed by country niche players which account for ~65% of the number of the competitors. Most of the country-niche players are start-ups. Some of these who successfully evolve to create application-specific solutions often get acquired by large global players seeking to grow and diversify quickly. 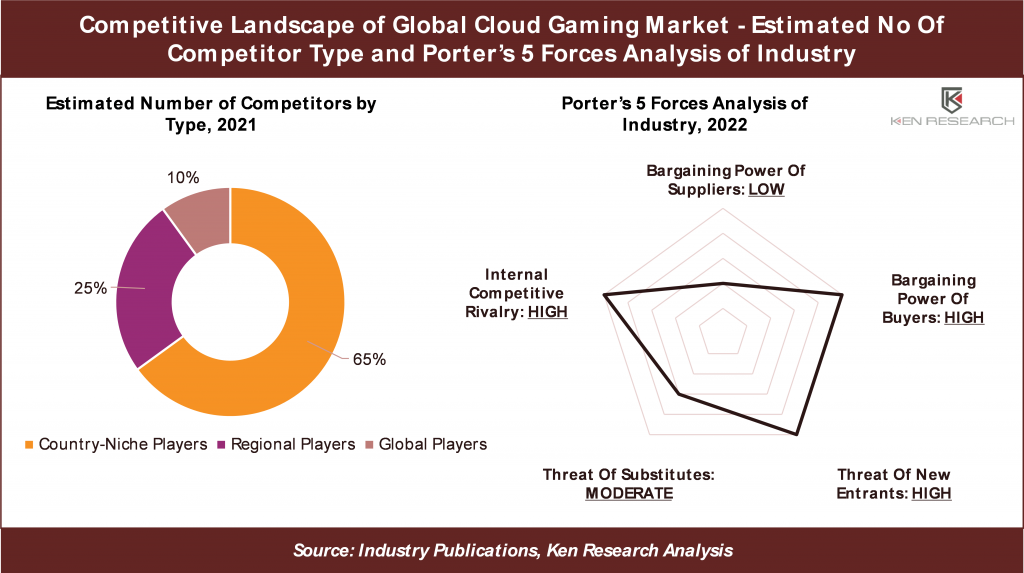 The Global Cloud Gaming Market is forecasted to continue an exponential growth that is witnessed since 2017. It is primarily driven by 5G technology’s low latency capability and the increasing number of gamers across the globe. Though the market is highly competitive with over 500 participants, few global players control the dominant share, and regional players also hold a significant share.

Note: This is an upcoming/planned report, so the figures quoted here for market size estimate, forecast, growth, segment share and competitive landscape are based on initial findings and might vary slightly in the actual report. Also, any required customizations can be covered to the best feasible extent for Pre-booking clients and report delivered within maximum 2 working weeks.

The Global Cloud Gaming Market Size, Segments, Outlook, and Revenue Forecast 2022-2028 is segmented by Offering, Device Type, Solution, End User and Geography. In addition, the report also covers the market size for each of the four regions of the Global Cloud gaming markets. The revenue used to size and forecast the market for each segment is US$ billion.

Customers are always worth businesses that are open to criticism and deliver a platform to share their experiences, grievances, and concerns. To take your...
Read more
Business

Buy Now Water Quality and environmental safeguarding is moving up the agenda of Saudi Arabian government with a Decree from the various office of...
Read more
Business

Buy Now Residential units would be a major booming segment to focus on due to the rising younger population, ex-pats, and government-sponsored affordable housing...
Read more