Global Discrete Semiconductor Market is expected to grow further to a size of around US$55 Billion by 2028: Ken Research 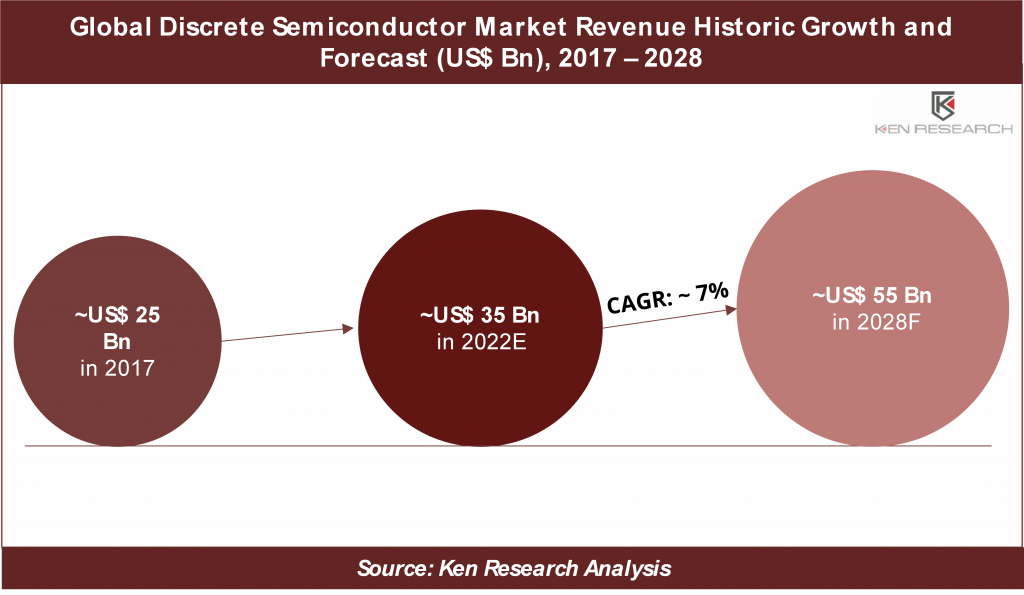 By Type:  Transistors segment held the largest share of the Global Discrete Semiconductors Market in 2021. Transistors can be of many types, including MOSFET, IGBT, and Bipolar transistors. MOSFET or Metal Oxide Semiconductor Field Effect Transistors are the leading sub-segment within the transistor segment. IGBT stands for Insulated-Gate Bipolar Transistors. 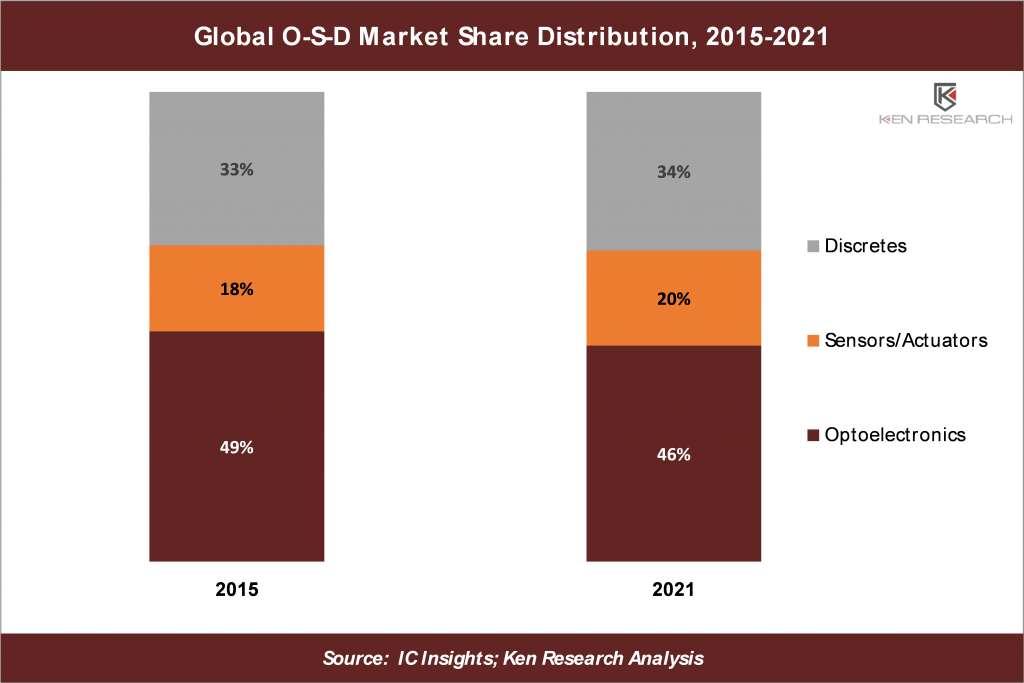 By Component: The Memory Devices segment held the largest share of the discrete semiconductor market, component-wise. 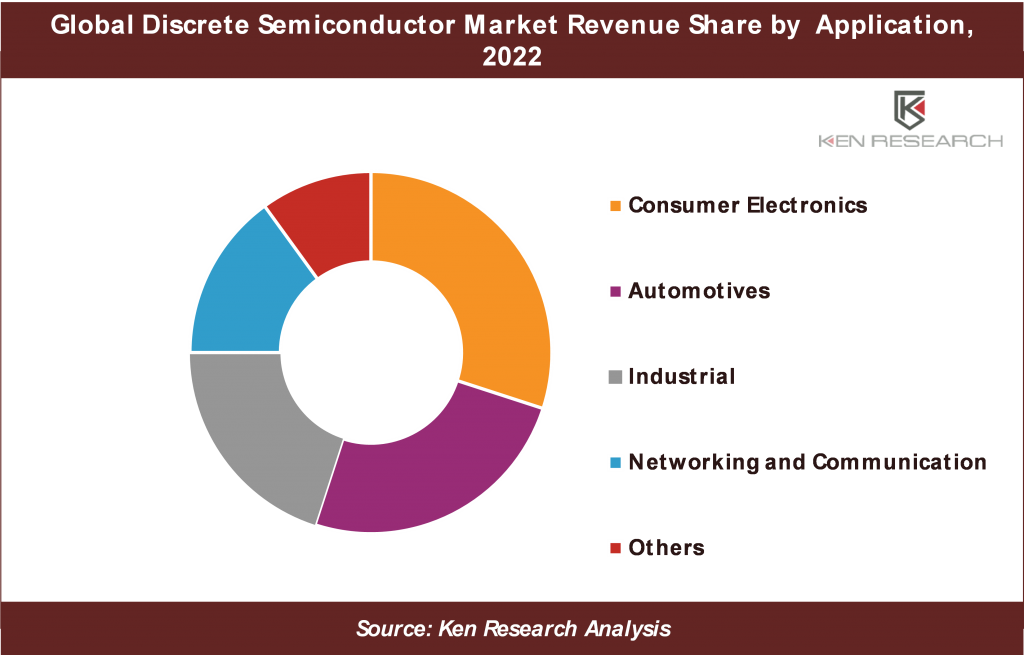 By Application: The Consumer Electronics segment is estimated to occupy the largest chunk of the discrete semiconductor market, followed closely by Automotive.

By Region: The Asia Pacific is estimated to be the largest geographic region in the discrete semiconductor market. Moreover, it is also expected to be the fastest-growing market in the forecasted period of 2022-2028. 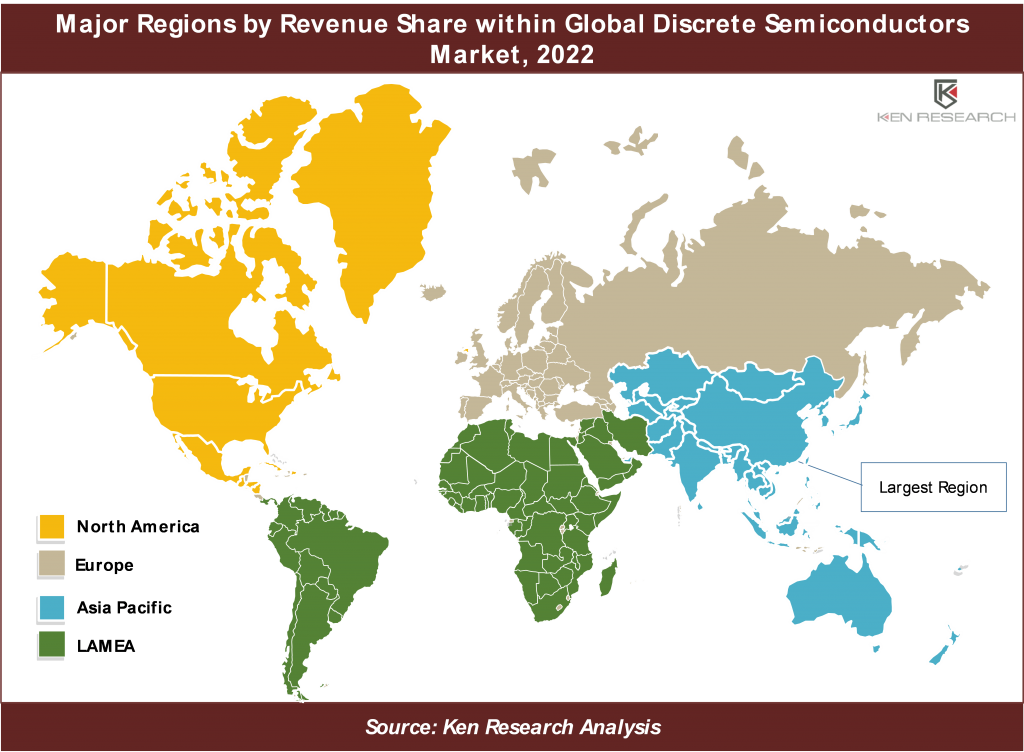 To more regional trends, Ask for a Customization @ https://www.kenresearch.com/ask-customization.php?Frmdetails=NTk2MDIw 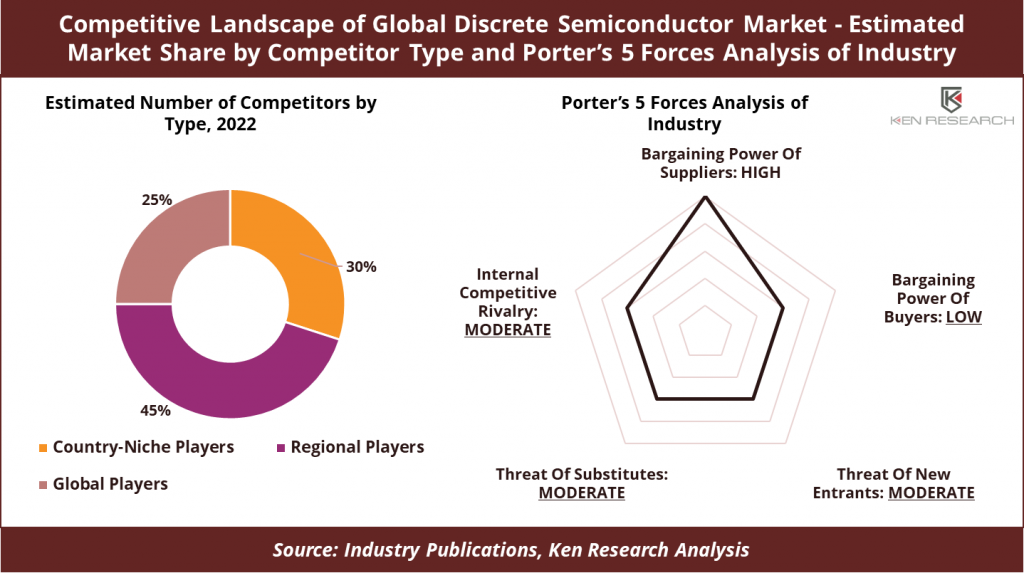 The Global Discrete Semiconductor Market Size, Segments, Outlook, and Revenue Forecast 2022-2028 is expected to grow at a steady pace of ~7% during next 6 years and reach a revenue of ~US$55 Bn by 2028, owing to its applications in the consumer electronics and automotive markets. While the demand for high-energy, low-power devices would drive growth from the consumer electronics part of the market, increasing electrification and automation requirements in vehicles would fuel demand from the automotive category. Uses in the medical industry, construction industry, and lighting industry, in general, would also contribute to the growing demand for discrete semiconductors. There are nearly 100 competitors but regional players comprise the largest number among them.