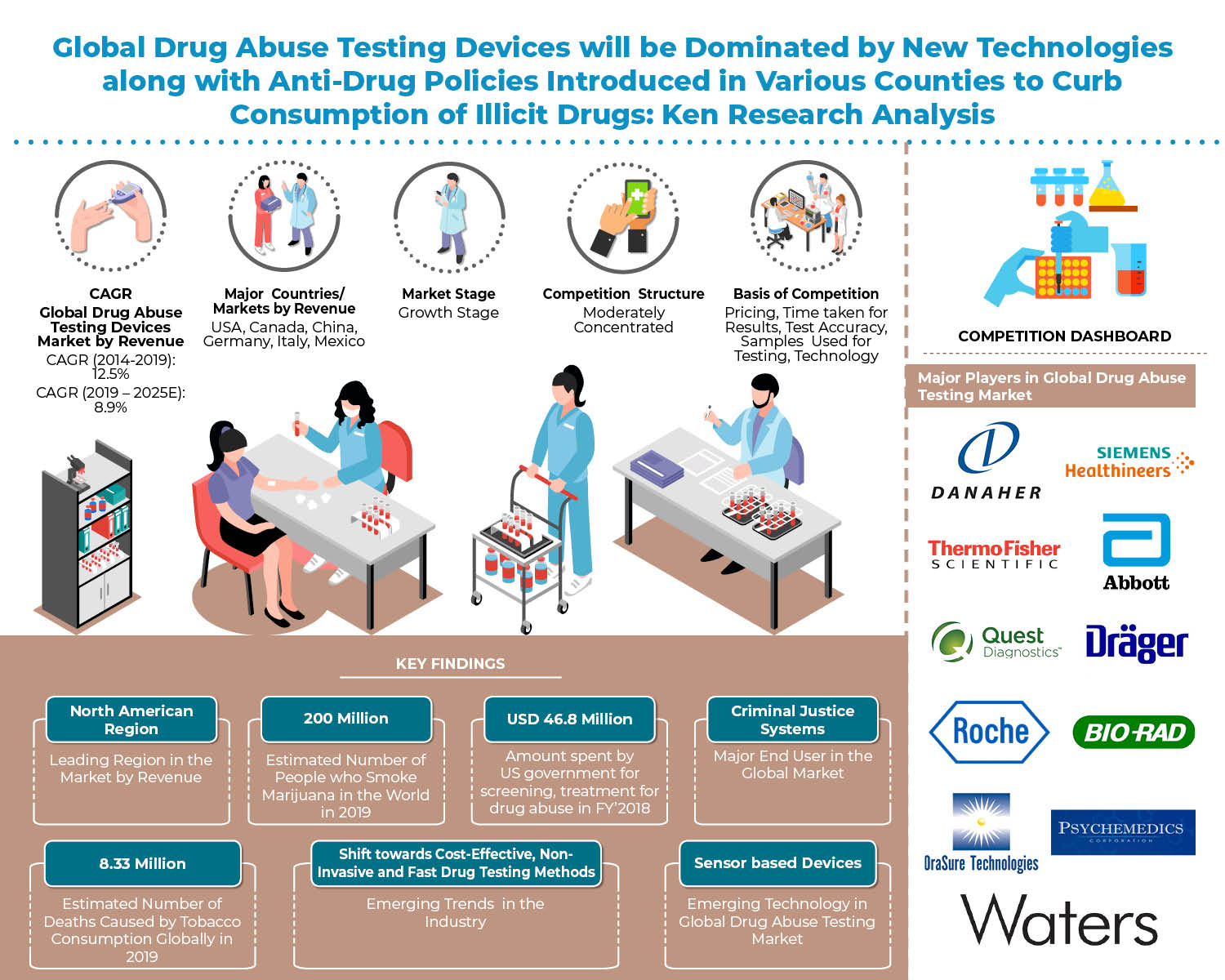 “The rise in deaths due to drug overdose and anti-drug policies has increased the demand for drug abuse testing devices globally. It is also estimated that around 35 million people globally suffer from drug use disorders while only 1 in 7 people receive treatment in due time” 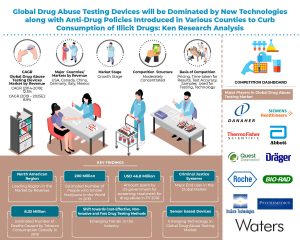 Rising Illicit Drugs Consumption: In the Americas Region, 8.5 million people (1.3% of the population) have used cocaine in 2018, which represented almost half of the users worldwide. Within Europe, the use of drugs is highly common within the southern and western countries. The use of opioids in treating moderate to severe pain is one of the emerging concerns in Asia Pacific and has lead to illegal use of the drug. Owing to rise in cocaine production, Asia Pacific and Africa are also emerging as the hubs for cocaine trafficking and consumption. Owing to the increase of cocaine seizures in Brazil, a paradigm shift toward an increase in users seeking treatment against drugs abuse has also been witnessed, which again has raised the importance of drug abuse testing kits globally. A recent report by United Nations Office on Drugs and Crime (UNODC) also estimates the number of opioid users at around 53 million. Globally, around 11 million people injected drugs in 2017, of whom 1.4 million live with HIV and 5.6 million with hepatitis C.

Government Initiatives: In order to prevent deaths caused by overdose of drugs the governments of a number of countries have funded programs against drug abuse. The US government spent USD 46.8 million in the FY’2018 for screening, brief intervention and referral to treatment for drug usage. Also a number of countries have made it legal for workplaces to test their employees for drugs. Irrespective of what’s mentioned in the contract, in countries such as Italy and France, the employers are by law allowed to conduct random drug tests.

Breathalyzers for Drug Testing:  Initially breathalyzers were more common for alcohol tests only as it was incapable for testing the levels of ‘Tetrahydrocannabinol’ (THC) which are commonly present in illicit drugs. However, technological advancement has led to the development of breathalyzers which are now capable to detect the presence of THCs as well. For instance, The University of Pittsburg used tiny tubes of carbon, 100,000 times smaller than human hair which results in THC molecule, along with other molecules in breath binds to the surface of the nano-tubes and changes their electrical properties. The speed at which the electrical currents recover then signals whether THC is present or not. Nanotechnology sensors are also being used for the same purpose.