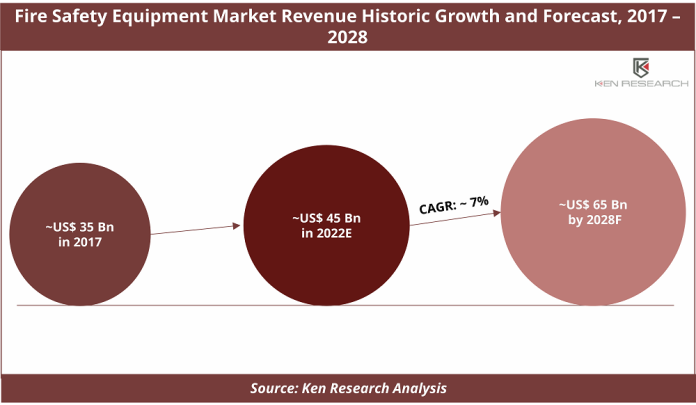 The Fire Safety Equipment Market is expected to record a positive CAGR of ~7% during the forecast period (2022-2028) and reach revenues of US$ 65 Bn by 2028. The market’s expected growth is due to the advancements of smart technologies in the fire safety industry such as Artificial intelligence, Internet of Things, and the increase in safety budgets in buildings and Transports Services i.e., to develop a fire safety plan for a possible fire outbreak such as fire exits, fire suppression, and detection tools and more. 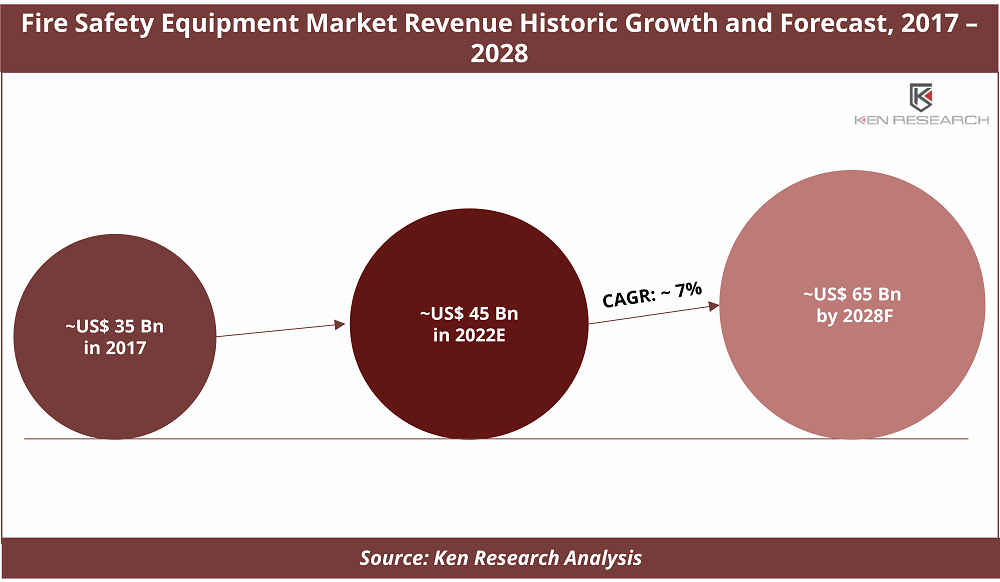 By Product:  The fire detection segment held the major market share in 2021, owing to the use of smart technologies in fire detection systems as well as the adoption of fire safety systems in buildings and houses. 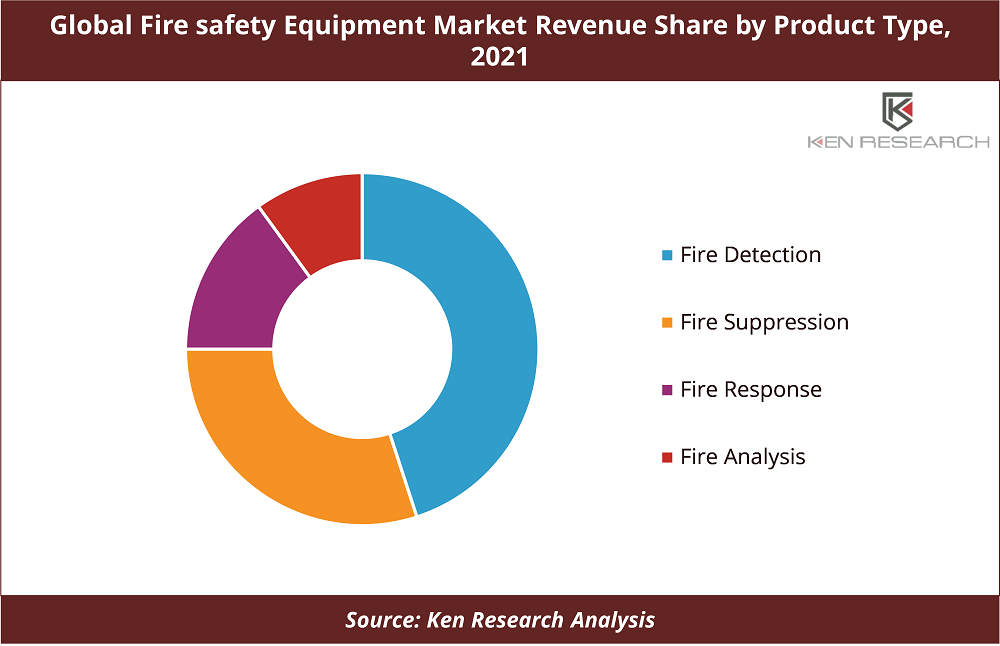 By Technology: Passive fire protection systems segment is expected to hold the largest market share, by technology during the forecast period, as it helps to slow down or prevent the spread of fire and smoke from one room to another.

By Service: Installations & replacements segment is expected to hold the largest market share during the forecast period in the service segment, owing to the rise in installations of fire systems in the buildings.

By Application: The industrial segment accounted for the largest market share in 2021, this is due to the use of fire safety systems in factories and manufacturing units to prevent the possible fire outbreak and minimize the damage to expensive machinery and workers. 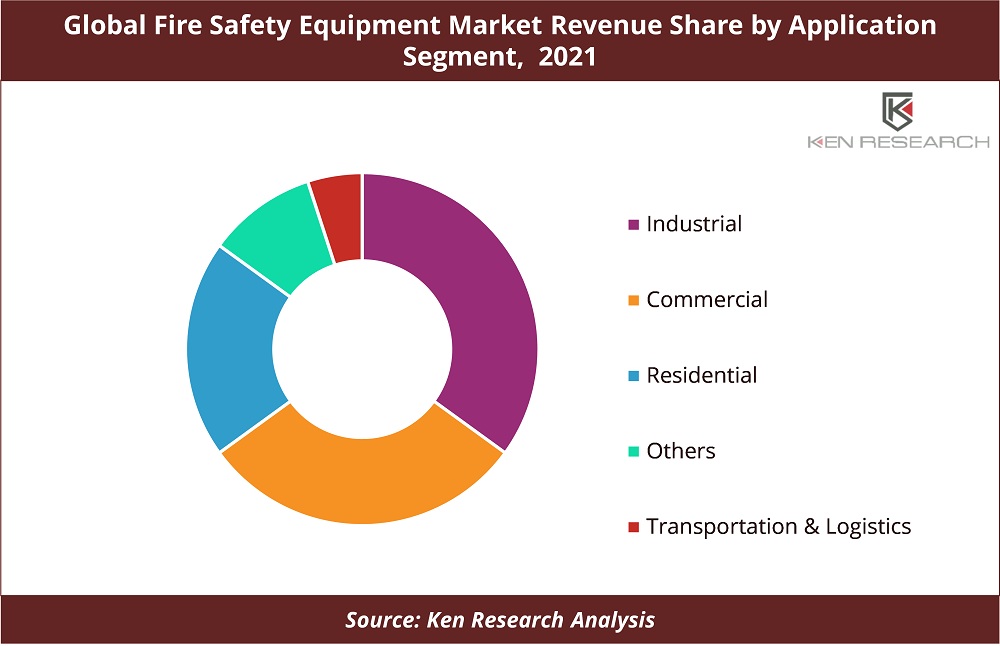 By Geography: North America Region accounted for the largest market share in 2021, due to strict fire safety rules and continuous structural developments. 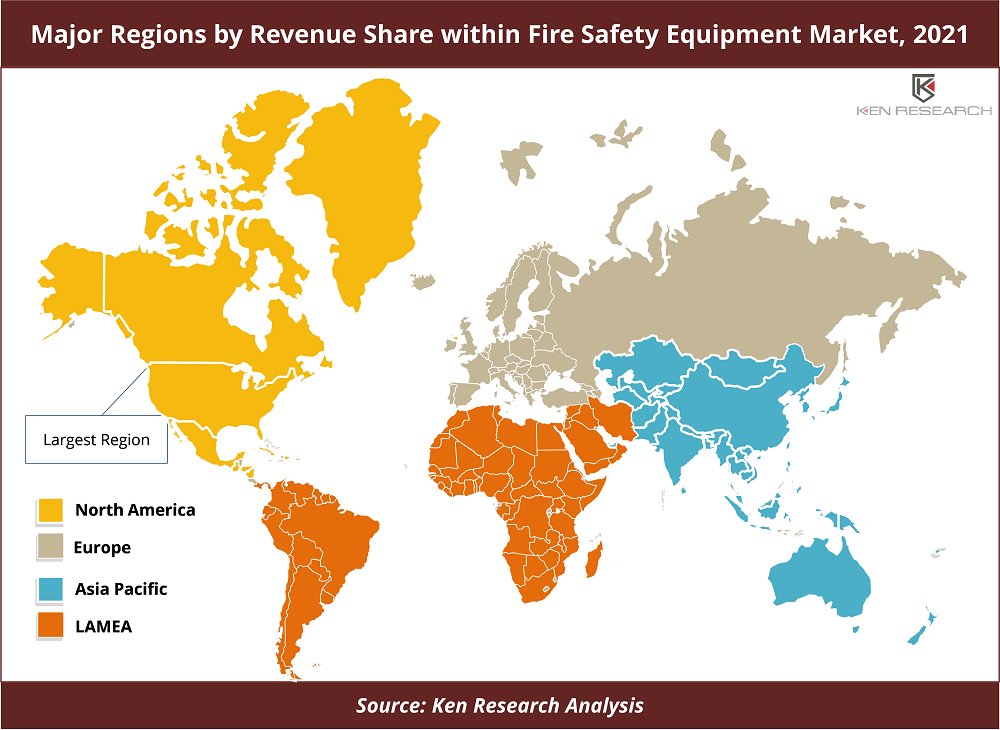 The Fire Safety Equipment market is highly competitive in nature with ~1,000 players in the market, which include globally diversified players, regional players as well as a large number of country-niche players having their niche in fire safety equipment for multiple applications. 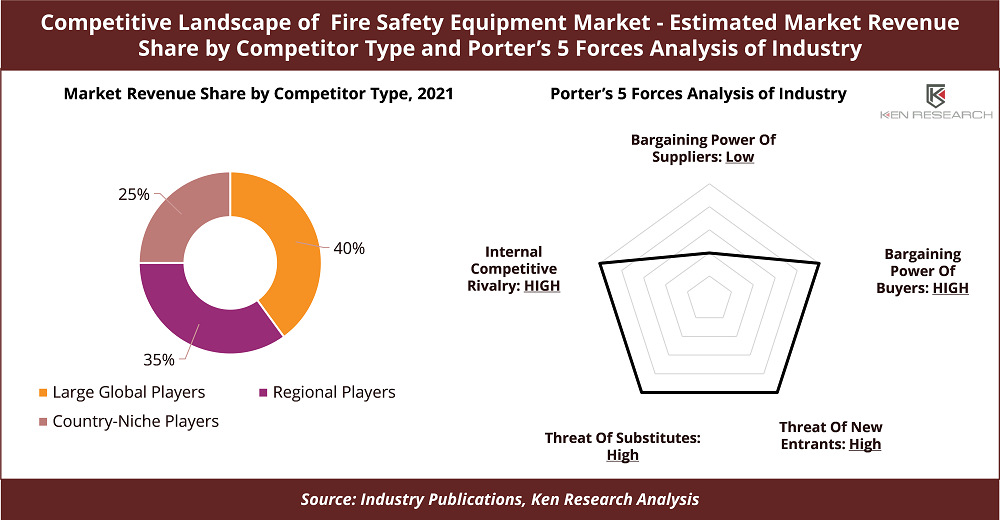 The Fire Safety Equipment Market is expected to grow at a CAGR of ~7% for the forecasted period (2022-2028), which is slightly higher than what the market witnessed between 2017 and 2021. The new advancements in the fire safety equipment market such as Artificial intelligence and IoT are creating new opportunities in the market. Though the market is highly competitive in nature with over 1,000 participants, few global players and regional players hold the majority of share in the market.

Note: This is an upcoming/planned report, so the figures quoted here for a market size estimate, forecast, growth, segment share, and competitive landscape are based on initial findings and might vary slightly in the actual report. In addition, any required customizations can be covered to the best feasible extent for Pre-booking clients and report delivered within a maximum of 2 working weeks.

Ken Research has recently published report titled, Global Fire Safety Equipment Market Size, Segments, Outlook, and Revenue Forecast 2022-2028, that segments the market into by Product Type, Technology, Service, Application and Region. The revenue used to size and forecast the market for each segment is US$ Billion.

Buy Now 1. Due to the rise of the COVID-19 pandemic in the UAE this technology was used for the purpose of manufacturing commercially. 3D printing...
Read more
Machinery And Parts

Buy Now 1. The Canada Outdoor Payment Terminal Market is expected to increase by ~ 100,000 units on the basis of total installed base with...
Read more
Manufacturing And Construction

Buy Now Technology is being embraced by JLL to meet the needs of their clients today and anticipate the opportunities of tomorrow. Their commitment to...
Read more

Global Cloud Gaming Market is expected to witness exponential growth of around 60% CAGR to 2022–2028: Ken Research

Buy Now 1. Thailand’s medical devices market is one of the most well-known and well-established sectors in ASEAN countries which grew at a CAGR of...
Read more
Load more