Global Fortified Wine Market is estimated to be US$ 13 billion in 2022: Ken Research 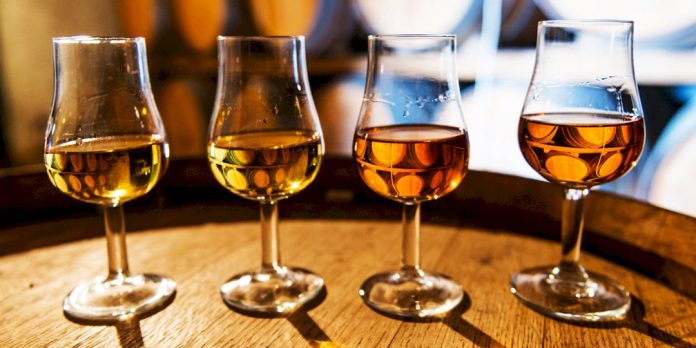 Global Fortified Wine Market was valued at ~US$ 10 billion in 2017. Furthermore, owing to the increasing alcohol socialization among consumers along with the increasing adoption of European culture, it is estimated to be ~US$ 13 billion in 2022 and is expected to reach a market size of ~US$ 20 billion by 2028 growing with CAGR of ~7% during 2022 to 2028.

By Product Type: The vermouth segment held the largest share of the global fortified wine market in 2021, owing to the presence of a wide range of botanicals, such as herbs, spices, roots, and flowers that provide a number of potential health benefits, such as improving digestion, reducing stress, reducing inflammation, protecting the immune systems, and more.

By Distribution Channel: The Liquor Stores segment held the largest share of the Global Fortified Wine Market in 2021, owing to the increased number of liquor stores across countries, where individuals can easily seek wines.

By Body Type: The Full Body segment held the largest share of the Global Fortified Wine Market in 2021, as the majority of red wines fall into this category, which is the most widely purchased wine by individuals among others, including rose and white.

By Geography: Europe accounted for the largest share of the Global Fortified Wine Market in 2021 and will remain dominant in the forecast period (2022-2028).

The global fortified Wines market is forecasted to continue an exponential growth that is witnessed since 2017. The major driving factor contributing to the increasing consumption of premium alcoholic drinks/beverages, including fortified wine is the rising living standards across countries, along with the increased social engagements, and adoption of western culture. Though the market is highly competitive with around ~150 participants, few country-niche players control the dominant share and regional players also hold a significant share.

Note: This is an On-Demand/Planned report, so the figures quoted here for a market size estimate, forecast, growth, segment share, and competitive landscape are based on initial findings and might vary slightly in the actual report. Also, any required customizations can be covered to the best feasible extent for Pre-booking clients, and the report delivered within a maximum of 2 working weeks.

Ken Research has recently published report titled Global Fortified Wine Market Size, Segments, Outlook, and Revenue Forecast 2022-2028 is segmented by product type, distribution channel, and body type. In addition, the report also covers market size and forecasts for the four major regions’ in Fortified Wine Market. The revenue used to size and forecast the market for each segment is US$ billion.

Share
Facebook
Twitter
Pinterest
WhatsApp
Previous articleATM Managed Services in India are driven by the Growth in Number of ATMs, Increasing Penetration of White Label ATMs and the rapidly increasing trend for Outsourcing ATMs by the Banks: Ken Research
Next articleGlobal Automotive Camera Market is expected to reach nearly US$ 20 billion by 2028: Ken Research
RELATED ARTICLES
Food Beverage and tobacco

Buy Now WHAT IS THE SIZE OF GLOBAL ALGAE PRODUCT INDUSTRY? Global Algae Product market is growing at a CAGR of ~% in 2017-2022 and is...
Read more
Food Beverage and tobacco