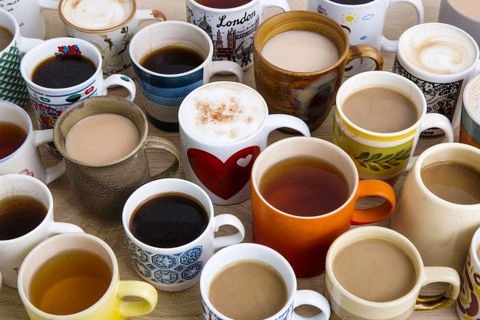 According to the report analysis, ‘Global Hot Beverages (Coffee & Tea) Market Size study, by Product (Tea, Coffee), by Application (Coffee Shops, Drinks Stores, Food Service, Others) and Regional Forecasts 2018-2025’ states that in the worldwide hot beverages (Coffee and tea) market there are numerous companies which recently performing functions more actively for leading the fastest market growth and registering the great value of market share around the globe during the inflowing future while delivering the better consumer satisfaction, decreasing the associated price with the hot beverages, spreading the awareness related to the benefits of hot beverages, and analyzing the strategies of profit making includes Celestial Seasonings Inc., Dilmah, Dunkin Donuts, Harney & Sons, Jacobs Smucker Company, JDB Beverages Ltd. and several others.

The Hot Beverages (Coffee & Tea) Market is uninterruptedly increasing around the globe over the forthcoming years. Hot Beverages are any variety of transportable hot liquid which are projected for human consumption. Effective growth in the demand of Food & Beverages segment, the significant augment in the consumption of flavored Tea and Coffee among the youth, growing disposable income of the individuals is the substantial drivers of the market around the globe. Moreover, growing requirement from underdeveloped economies and transforming individuals taste & changing lifestyle which are probable to generating lucrative opportunity in the near future. Meanwhile, the obtain ability of the substitutes is one of the foremost aspects that restricting the market growth of Hot Beverages (Coffee & Tea) around the world.

Although, based on the region, the market of hot beverages is spread around the globe which majorly involves Asia Pacific, North America, Europe, Latin America and Rest of the World. Whereas, the Asia-Pacific region is the leading/significant region around the world in terms of market share due to the effective increase in the rate of urbanization, growing income of the middle class populace and significant growth in requirement from developing regions such as China and India. Europe is predicted to increase at greater rate in the worldwide Hot Beverages (Coffee & Tea) market over the forthcoming years. North America is also predicted to exhibit greater growth rate / CAGR over the review period 2018-2025 owing to the developing retail infrastructure and obtain ability of premium and department coffee & tea in the region.

Hot beverages have several health advantages such as coffee is well-known as the psychoactive substance owing to it encompasses a stimulant called caffeine. The Hot beverage advances the several factors of brain function. This involves improved memory, & mood, increase in energy levels, and develops in developing the general cognitive functions. Green tea, a type of hot beverage, aids in sweltering of body fats thus important to the developed metabolic reaction of the body. Hot beverages support in developing the physical performance of the customers and can assist in fighting depression. Taste, ingredients, opportuneness, and price characterize the most significant aspects that determine the requirement for the hot beverages. Therefore, in the coming years, it is anticipated that the market of hot beverages will increase around the globe over the near future more effectively.

Buy Now WHAT IS THE SIZE OF GLOBAL ALGAE PRODUCT INDUSTRY? Global Algae Product market is growing at a CAGR of ~% in 2017-2022 and is...
Read more