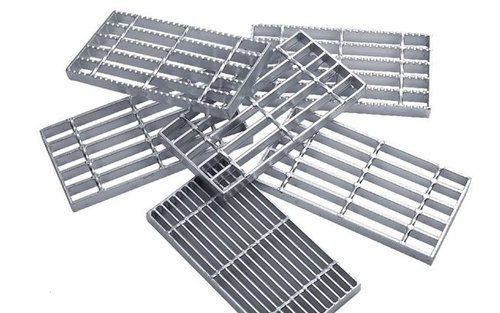 According to the report analysis, ‘Global Metal Gratings Market Status (2015-2019) and Forecast (2020-2024) by Region, Product Type & End-Use’ states that in the worldwide market of metal grating there are several corporates which presently performing more significantly for leading the greatest value of market share and obtaining the highest market growth more significantly over the coming future while increasing the productivity of the product, advancing the technologies of production, delivering the better consumer satisfaction, studying the vigorous rules and regulations of the government and establishing the several research and development programs includes Kadee, Harsco (IKG), Valmont, Ohio, AMICO, OAO, Grating Pacific, Russel Metals, Metals Depot, McNICHOLS CO, Lionweld Kennedy and several others.

Moreover, the large entities across the worldwide metal grating market are progressively implementing the effective strategies and policies of profit making throughout the short span such as joint ventures, new product development, partnerships, mergers and acquisitions and amalgamation which further profitable for generating the effective percentage of revenue and dominating the foremost value of market share globally.

Nonetheless, it is comprehensively accepted in several applications, due to its several features such as corrosion resistance and lower maintenance requirement. Metal grating is significantly utilized for the stair treads, manhole covers, and handrails in several industries.

The worldwide metal grating market is predicted to increase at a considerable pace in the near future principally owing to the technological advancements and augment in the applications in end-use industries. Furthermore, the development of the construction sector, particularly in the Asia Pacific region, is projected to influence the metal grating market throughout the forecast duration. The extraordinary investments are being made in several regions namely China, India, Brazil, Mexico, and Indonesia for infrastructure advancement and industrial growth. This is predicted to trigger the requirement for the metal grating in the coming future.

The market in North America regions and Europe is anticipated to enlarge at a lethargic pace throughout the forecast duration, as such regions are comparatively mature markets. The market for metal grating in Asia Pacific region is projected to grow at a momentous pace in the coming future due to the existence of developing economics such as China and India, and great requirement from the key markets such as South Korea and Japan. Not only has this, the technical advancements from the OEMs attached with the effective growth in the industrialization in the economy offer the lucrative opportunities for the metal grating market in the Asia Pacific region. The market across the Latin America and Middle East & Africa is projected to exhibit the durable growth throughout the review period.

Therefore, in the upcoming future, it is predicted that the market of metal grating will increase across the globe more progressively over the near future.

For More Information on the research report, refer to below links:-