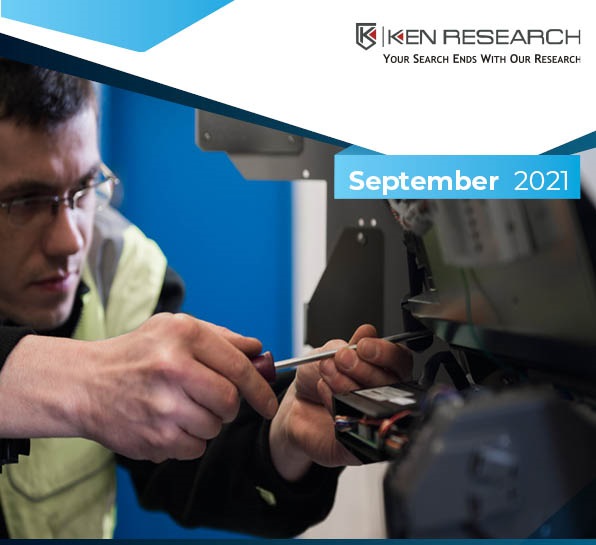 How ATM Managed Services Market Is Positioned in India?

Traditionally, people in India used to be highly dependent on local money lenders and public sector banks for withdrawing cash or for taking up the loans for fulfilling their cash requirement. After introduction of private banks such as HDFC, UTI (Axis Bank), ICICI and IDBI bank, these banks have started expanding their ATMs since the year 1994. Currently ATM management services market is at a developing stage. The ATM Managed Services Market is moderately fragmented among top 6-7 players which constituted ~% of the revenue share though there are number of smaller players existing in the market. Indian government during August, 2014 has initiated the scheme of opening up of bank account at zero balance under Pradhan Mantri Jan Dhan Yojana (PMJDY). This led to expansion in the number of transactions performed in an ATM as debit card users in India increased significantly. India ATM managed services market size in terms of revenue has increased from INR ~ million in FY’ 2016 to INR ~ during the year FY’ 2021.

RBI passed the law to increase the penetration of ATMs in rural areas of India to meet the desired aim of financial inclusion which further supported the growth of ATM managed service market. Over the span of last five years, the number of ATMs installed has increased by ~ ATMs from ~ as of 31st March 2016 to ~ as of March 31st 2021. As of 31st March 2021, approximately ~% of the ATMs are being outsourced by the banks as Banks observed that outsourcing an off-site ATM is much more cost effective instead of managing them by the banks. It is clearly witnessed that banks have been increasing the number of ATMs which they outsource to MSPs, which has been counted as primary reason for increase in revenue garnered by ATM managed services market.

How are the ATMs being managed in India?

In India, there are four types of ATMs which exist for the management. These are namely Managed Services (MSPs), Brown label ATMs (Completely Outsourcing/IADs), ATMs managed by banks and White label ATMs. Majority of ATMs are from managed services which were recorded at ~ ATMs as on 31st March 2021. However, Brown Label ATMs has been recorded as ~ in numbers as of 31st March 2021. These ATMs are owned by banks and further deployed to ATM management companies for their management.

Which Type of ATM Machines are Operated in India?

Majority of the ATM cash recycler machines have been observed in the Metro cities and urban areas as people are using these ATMs to save their time in reaching out to a particular bank branch and standing in a queue to deposit the money. However, cash recyclers are not widely present in rural areas owing to limited know how of the machines.

Major players in the market which manufactures the CDM are NCR Corporation, AGS Transact, Hitachi Payments and others. During FY’2021, it was recorded that State Bank of India had the most of number of Cash Recycling Machines deployed which was ~ number of machines, followed by Axis Bank and Bank of India with ~ and ~ number of cash recycling machine units installed.

Overview of the Indian economy

Indian Economy’s long-term growth potential is positive due to the penetration of young population, corresponding low dependency ratio, robust savings and investment rates, and increasing globalization of the economy. India is world’s sixth largest economy by nominal GDP and third largest by purchasing power parity (PPP) during 2020.The country is positioned at 162ndrank in the World in per capita GDP (nominal) with USD ~as of 2021.

Key Segments Covered in the Report:-

Market Share of Major Players – By no. of ATM Replenished

Market Share of Major Players by no. of ATMs supplied

Time Period in the Report:-