India Beer Market Demand is expected to reach around 3.1 Billion liters by 2023E by Growing at a CAGR of 6% for next 5 Years: Ken Research 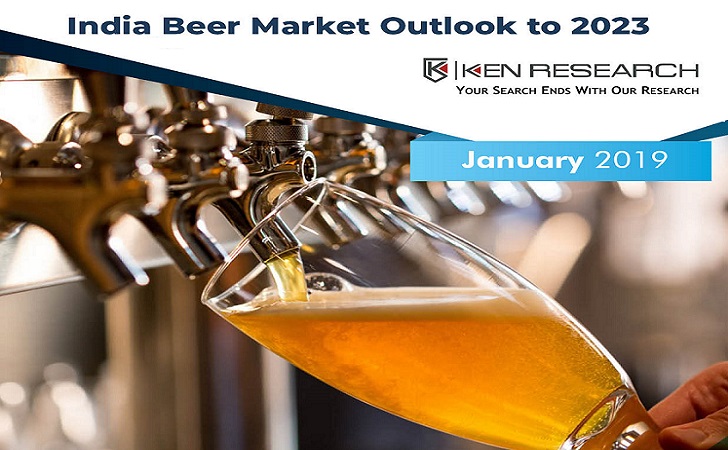 Beer Drinkers in India are seeking quality over quantity and it is evident it will fuel the growth of premium, super premium and craft categories in the market.

Increasing number of health-conscious consumers are turning to low alcohol varieties and are opting for flavor based beer for consumption.

Expansion to new markets (domestic and international) by craft beer manufacturers may become the emerging trend in the market in the coming years.

Microbreweries: The concept of microbreweries is growing rapidly in the country. Right now, only a few states have issued licenses for microbreweries. However, with growing consumer demand for craft-beer, other states might also decide to allow microbreweries to establish in their regions which will give a big boost to beer consumption in India. 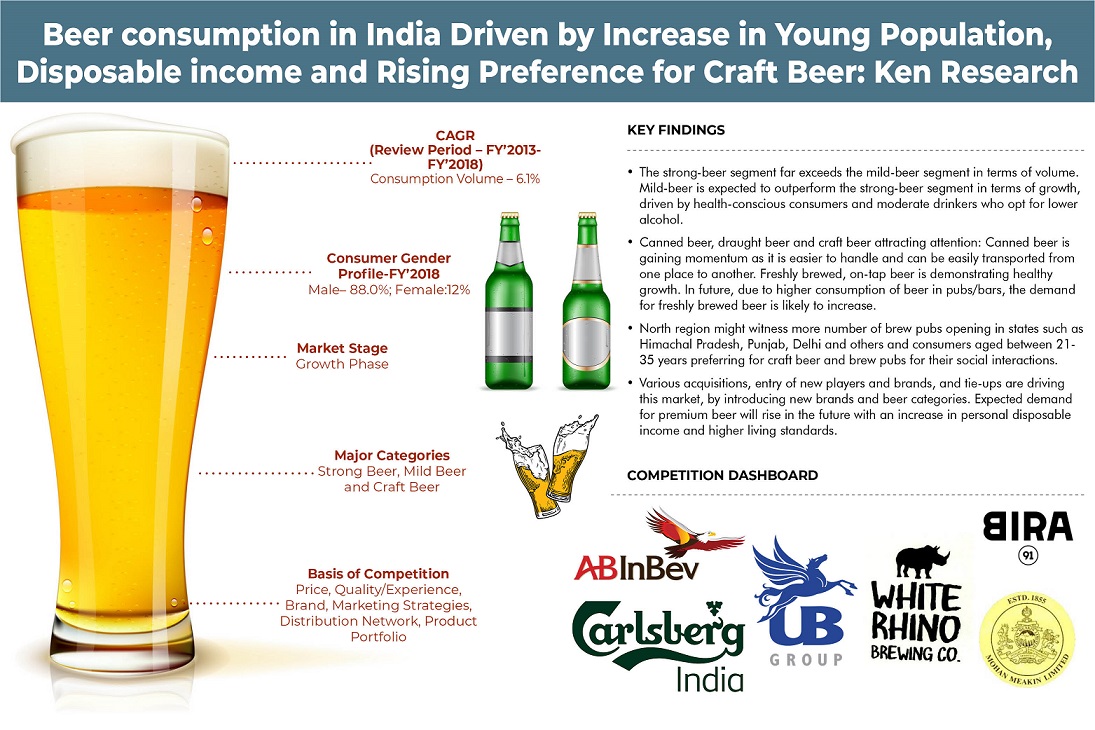 Canned beer, draught beer and craft beer gaining attention: Canned beer is gaining momentum as it is easier to handle and can be easily transported from one place to another. Moreover, freshly brewed, on-tap beer is demonstrating healthy growth. In future, due to higher consumption of beer in pubs/bars, the demand for freshly brewed beer is likely to increase.

Regulation: One of the biggest challenges in India is of legislation and taxation, and that can sometimes cause a hindrance. Liquor ban in Bihar can be regarded as an example of an obstacle for continuous development of the beer market in India. However, it is expected that most of the state governments will start to delink beer taxation from IMFL soon on the basis of alcohol content paving the way for rational growth in the market.

Analysts at Ken Research in their latest publication “India Beer Market Outlook to 2023 – By Beer Type (Strong, Mild and Craft Beer), By Region (North, South, West and East), By Gender (Male and Female) and By Distribution (State/Government Corporations, Distributors and Retailers)” believe that with a relatively younger population and rising income levels, India observed an increase in acceptance of beer as a lifestyle product. Growth in the sector has also been fuelled by the increasing social acceptability of mild alcohol consumption among youth in the country. The market is expected to register positive CAGR of ~6% in terms of revenue during the forecasted period FY’2018-FY’2023E.