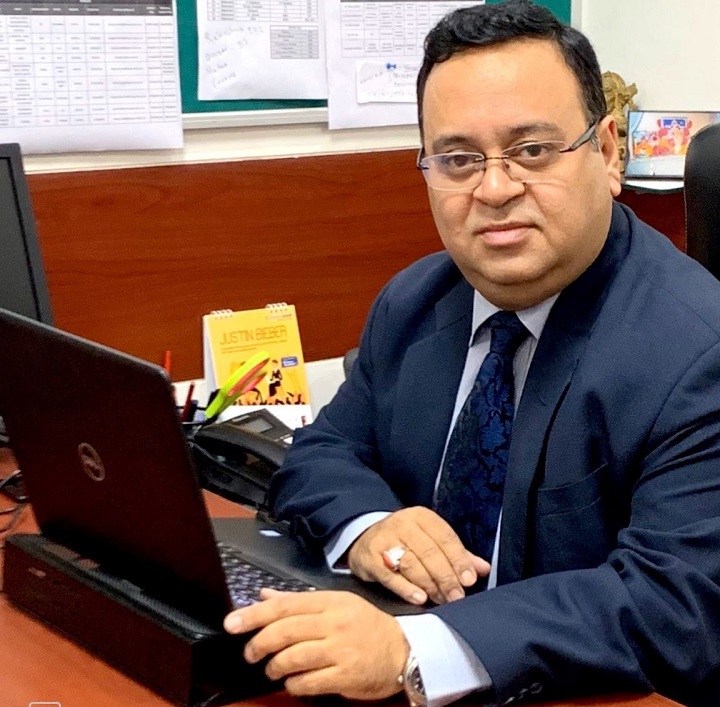 A gradual shift of consumer behavior from preventive testing to a wellness approach has changed the diagnostics sector drastically. A number of government initiatives such as Ayushman Bharat hopes to penetrate within rural India, in order to bridge the gap between the rural and urban areas.

In conversation with Mr. Indranil Roy Choudhury, Chief Operating Officer at Diagno Labs Pvt Ltd, we attempted to seek his opinion and understand his side of story to ‘India Diagnostic Laboratory Market’. He suggested that the diagnostics market of the country has a great potential. Regulations in the future can help channelize the growth of the sector. 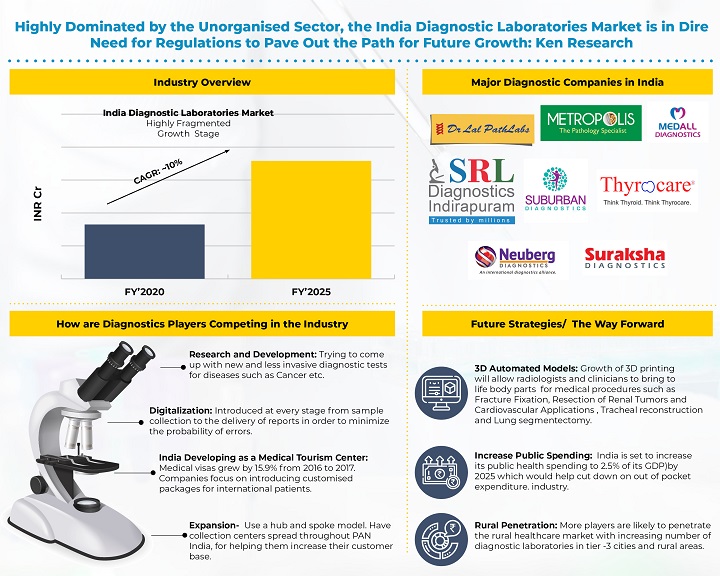 Here are some excerpts of the interview:

If we speak about the diagnostic industry specifically I’ve been associated for 5.5 years and in the healthcare sector for around 25 years.

Firstly, in the past, diagnostic landscape in our country was mainly pertaining to the ill patients. However, now the wellness is gaining focus as preventive health check-ups are gaining popularity. Initially it was only Thyrocare focusing on wellness however now all the major players are focusing on it.

The second shift, even though it’s happening extremely slowly, is related to organizations and doctors. Initially organizations were dependent on doctors’ endorsement to drive their business. Their marketing strategies were highly dependent on the doctors involved. While all that continues now with the help of increasing awareness among the population, the patient/consumer has started making an informed choice with regard to the labs and the testing done. This is mainly prevalent in metros & tier 1 cities.

Thirdly there is a major shift towards molecular and genetic testing, which will continue to grow in future.

Be it radiology or pathology, in India none of the segments / revenues from them are tracked by any government body or agency so it is difficult to quote an exact percentage but majority would be from pathology, roughly about 55-60%. Within the country, there are no entry barriers for pathology which continues to be highly decomposed and fragmented and region specific. In radiology, the initial investment is much higher than pathology, where many instruments are available from the global vendors on reagent rental. Along with this, limited number of qualified radiologist across the country is also a limitation. This has resulted in comparatively more number of pathology labs all over the country as compared to truly high end complete radiology facility. Basic radiology is still in abundance.

The lack of regulations is definitely not healthy. The government needs to have standardized regulatory norms individualized for both radiology and pathology. There have been speculations in the past in relation to different regulations; however it is yet to become a reality. Its impact surely would be different for the organized and unorganized sectors. The organized sector already maintains a certain level of check & balances for Quality Assurance due to which standardizations will not impact them much. But this isn’t the same for the smaller players. Significant part of their cost cutting is dependent on the lack of regulations leading to compromised Quality and hence the results. With new rules, they would need to undergo regular controls & QA procedures, which would again cost them more, and as a result bring down their profits.

There is a lack of knowledge and awareness amongst the people about non-regulated labs. Along with that, the nexus that is present between the pathology labs and the doctors is definitely a concern for the industry. Many doctors are provided incentives by the labs in order to prescribe certain tests.

In my view, the unorganized players definitely hold large majority of the share. When we talk about the organized sector, the main players include Dr. Lal Pathlabs, SRL, Metropolis Healthcare and Thyrocare, all of whom are more than INR 500 Crores basis their annual revenue turnover with Thyrocare reporting the most healthy EBITDA. Even if we include the next group of Chain Pathology Labs like Medall, Neuberg, Vijaya, Ampath, Vimta, Core, Strand and many other players in the organized sector all put together the maximum annual revenue turnover would be around INR 10,000 crore. Whereas, the pathology industry in the country would stand at a minimum of INR 40,000 crore. So according to me the organized sector holds merely a 20-25% share and about 75-80% for the unorganized sector.

Majority of the organized chain labs are focused in Metros along with the tier 1 and tier 2 cities. The tier 3 cities mainly are used as collection points and have their own local players (who are actually omnipresent) However, what we must also keep in mind is that with Ayushman Bharat coming up and the government trying to penetrate into the tier 3 cities, there exists a huge growth potential for all in these geographies .

The hospital based labs would hold significant share but at the same time the independent/standalone labs are very close simply because their volumes are extremely large. Especially the reference labs have the whole country as their drainage area for the esoteric tests.

Insurance is seen as a blue sky scenario in the diagnostic industry of the country. The test to accession ratio in India is relatively low. This basically refers to the number of tests that can be conducted with a given sample. Currently in India, that ratio stands at approximately 3. The same in USA is about 8 to 9 and in Scandinavian countries it stands at 10. Which means the number of tests performed in those countries with one sample is much more. One of the reasons why it’s so less in our country is due to the cost associated with it. With insurance coming in, the medical fraternity would have a chance to look at the larger picture and get more relevant tests done from the same sample as per the need of the clinician to finalize the treatment protocol. It can be a game changer in the diagnostic industry however we are not sure how & when the government plans to launch the same. A small indicator of how it can impact and propel growth of the industry is the increase in wellness revenue and preventive health checkups recorded in Jan – March period every year as there is a provision of income tax benefits available on the same as introduced by the government.

It’s a tough race for the apex position between SRL and Dr. Lal Pathlabs. They definitely take the first two positions. Following them would be Metropolis Healthcare and Thyrocare. The companies which have a potential to grow would include Neuberg Diagnostics, Medall Healthcare, Vijaya, Suburban, Core, and Dr Dang’s Lab. There are a number of new entrants including Reliance, and Pharma majors like Dr. Reddy’s and Lupin Labs all these surely makes this one of the most interesting and attractive space in the healthcare universe.

Our mindset in the last 45 days has changed drastically. We have realized that we can live without a number of activities and expenditures which are not essential. In the post COVID era, people will concentrate more on what they need, especially healthcare. We all would be more careful with respect to how we lead our lives and as a result, would have regular checkups. People will be more conscious with related to lifestyle related disorders such as hypertension, diabetes, dyslipidemia, thyroid and many others which needs regular monitoring.

For any queries or feedback, reach out at namit@kenresearch.com