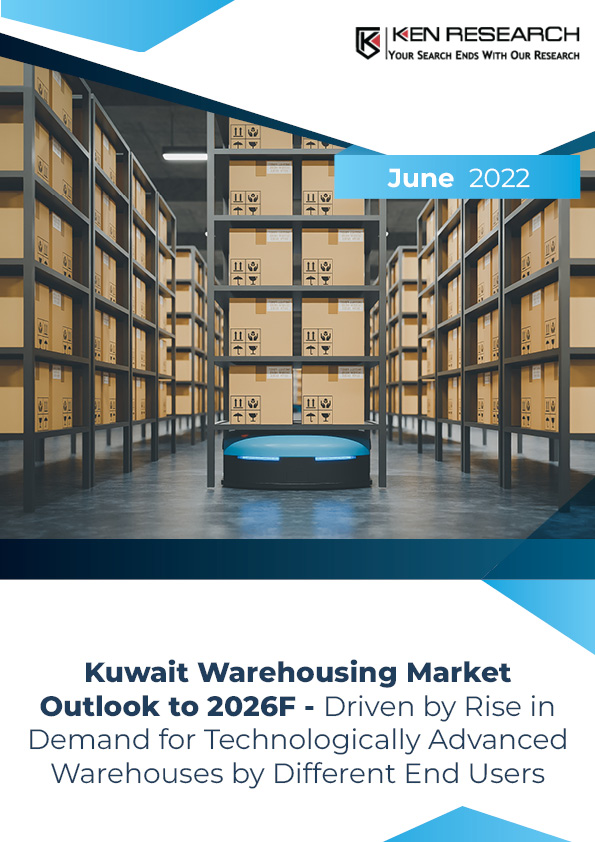 Kuwait is one of the fastest-growing markets, which is driven by a strong purchasing power vested in Infrastructural projects, the retail industry, and a strong trading and oil industry. Kuwait’s transport infrastructure sector is expected to see a more rapid return to growth in 2021 in comparison with the energy and utilities infrastructure and construction sectors.

The Kuwait warehousing industry is in the growing stage and is undergoing radical changes as warehouses are becoming increasingly sophisticated. Kuwait Warehousing Market is currently undersupplied with well-known players such as Agility, KGL Logistics and City Group establishing themselves as regional leaders. Warehousing firms initially gained a foothold by serving US military personnel in Kuwait, however it is diversifying away from public sector contracts and increasingly catering to businesses and households.

Government initiatives are expected to expand Kuwait’s warehousing capacity, presenting sizeable opportunities for warehousing and warehousing related value-added services. However, lack of storage areas in ports, difficulty in demand forecasting, insufficient storage space and technology adoption are some of the major challenges in the industry. Advanced sortation systems, Drones, IoT and Automated guided vehicles are some of the emerging technologies in the Kuwait warehousing ecosystem. 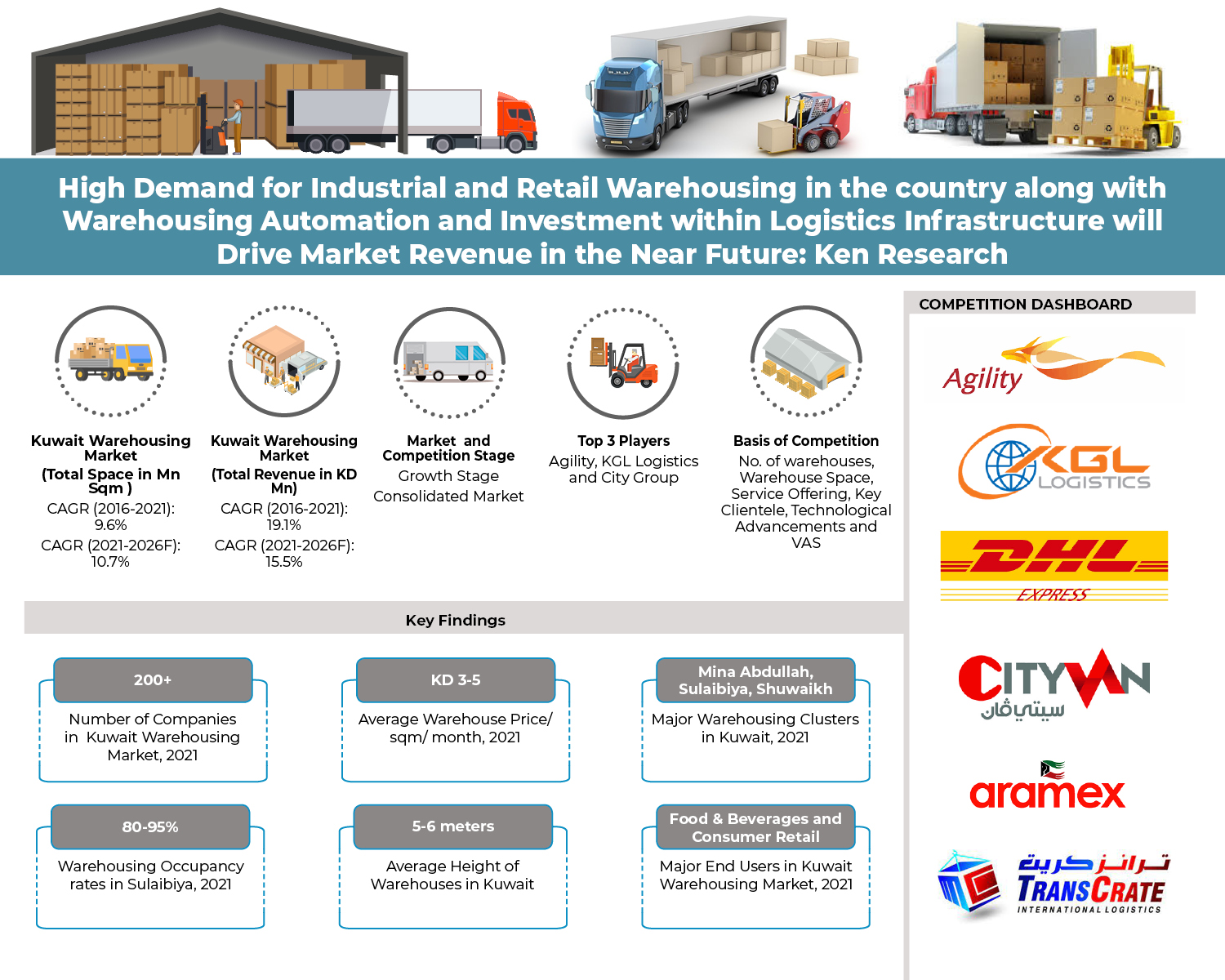 By Captive and Logistics Companies: In Kuwait, logistics companies capture majority of the space with few companies such as Alghanim and The Sultan Center having their own captive space.

By Licensed and Non Licensed Warehouse: Kuwait Warehousing market is a highly regulated industry with majority of the warehouses having proper licenses and certifications issued from the concerned authority or department.

By Grade A/B/C Warehouse: Grade A Warehouses contribute majority of the market space in the industry. As the demand for sophisticated storage and distribution facilities increases, owing to the expanding volume of e-commerce, Grade A warehouses are expected to grow at a phenomenal rate in the future.

By Commercial Models: Real estate developers and end users opting for warehousing in Kuwait usually look for longer lease tenures and lock-ins to ensure rental yields from properties. Majority of the logistics companies prefer the leasing model or built to suit model over the rental model since discounts are offered in terms of pricing.

By Type of Warehouses: Dry and ambient warehouses dominated the Kuwait warehousing market in 2021 due to rise in the industrial, F&B and retail sectors in the country. Cold storage warehousing has inclined over the years with the rising requirement of temperature controlled products majorly (pharmaceuticals, sea food and frozen foods).

By End Users: Kuwait is one of the fastest-growing markets, which is driven by a strong purchasing power vested in Infrastructural projects, the retail industry, and a strong trading and oil industry.

Kuwait’s warehousing market is moderately concentrated with top 3 players accounting for ~80% of the market space and companies are concentrated to Sulaibiya, Shuwaikh and Mina Abdullah regions. Companies in Kuwait have been focusing on providing data oriented solutions and other services for operational excellence, timely customer support, thus providing customer satisfaction and retention of customers.

The growth of local companies within the logistics sector points to widening industry potential in the country with total warehousing space growing @10.7% CAGR (2021-2026F). Strong leasing momentum is likely to continue throughout the year; 3PL and e-commerce players are expected to drive demand for logistics space. Key factors which are expected to drive demand across the country: consolidation and expansion by existing players and entry of new players. Increasing adoption of warehouse automation technologies such as EDI, RFID, Human Centric Designs and Drones are expected to improve operational efficiency.

UAE Cold Chain Market Outlook To 2025 – By Cold Storage (Ambient, Chilled And Frozen Warehousing) And Cold Transport (Land, Sea And Air), By End User (Dairy Products, Meat And Seafood, Pharmaceuticals, Fruits And Vegetables And Others) And By Ownership (Integrated And Contract Logistics)

The Germany Mattress Industry has grown steadily in the last five years owing to the increased urbanization and growing healthcare and hospitality sector: Ken...

Buy Now The Mattress Market in Germany saw a steady growth in the period of 2017-2021, and the market is expected to grow at a...
Read more
Business

Well-executed market research is an imperative pre-requisite for grasping market share in any business. It assists the business to strengthen its market position, decrease...
Read more
Business