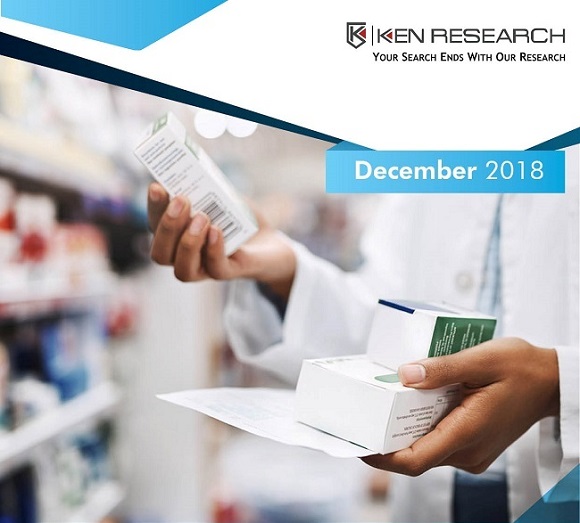 Kuwait retail pharmacy market is in its growing stage and has increased at a CAGR of ~% majorly due to increasing population, surge in pharmaceutical imports, and growing prevalence of diseases such as Obesity, infectious and chronic ailments such as cancer within the country. It has been observed that the trend towards preventive healthcare witnessed a rise in line with an increase in healthcare awareness during the review period, thus supporting expansion of the cosmetics and food supplements along with the OTC segment and increasing demand for vitamins and supplements, weight loss formulations, and smoking cessation aids has led the retail pharmacy market positively. On the other hand, growth in healthcare sector has resulted in widespread of both standalone and pharmacy chains in the country. However, with respect to the expanding population of Kuwait, the market is still underserved especially in terms of affordability of specialty drugs and generic medicines in the country as of 2017.

People across Kuwait are facing several health care issues due to sedentary lifestyle and increasing consumption of canned food and abrupt eating habits, such as obesity, diabetes, and other cardiovascular diseases, which are demanding for technologically advanced healthcare infrastructure.

What Types of Pharmacies are in Kuwait?

Pharmacy chains are the major dominating category under types of pharmacy in Kuwait. Pharmacy chains accounted ~% share in the number of pharmacies in the country. In Kuwait, people largely prefer to purchase drugs and private label goods from well-known pharmacy chains majorly due to trust on branded retail pharmacy outlets.

In Kuwait, it has been observed that the major target audience for cosmetic products is from the female segment of the population. However, in Kuwait retail pharmacy market, food supplements (vitamins) captured revenue share of ~% in the year 2017. The major growth factor for food supplements market was growing awareness among consumers about personal well-being. Moreover, introduction of first five year plan namely Kuwait National Programme for healthy living (2013-2017) has further motivated the people to perform daily exercise and to take health supplements to stay fit. On the other hand, sale of drugs accounted the remaining ~% share in revenue under segment type of drugs in Kuwait retail pharmacy market in 2017. Major drugs which drive the sale of retail pharmacy include OTCs, specialty drugs and prescribed drugs and others.

By Type of Pharmacy (Pharmacy Chains, Independent Pharmacies and Hospital/Clinic Based Pharmacies)

By Type of Drugs (Cosmetics, Food Supplements and Drugs)

By Type of Sales Channels (Offline and Online)