The Hyperscale Data Center market in South Africa expanded at a CAGR of XX.X% in between 2017 and 2022 on the basis of revenue generated.

The evolution of hyperscale data centers is being driven by the development of sophisticated services and greater compute/storage demand, requiring data centers to find a way to put more computing capacity into smaller spaces.

South Africa Hyperscale Data Center Market is estimated to grow at a positive CAGR of XX.X% in between 2022 and 2027E.

The data center market in South Africa is emerging with key projects coming to fruition and hyperscale investments increasing.

As the demand for cloud computing solutions increases, so does the need for the supporting large scale data center infrastructure.

The number of people connecting to the internet is continuing to drive demand for data-center-based compute and connectivity. 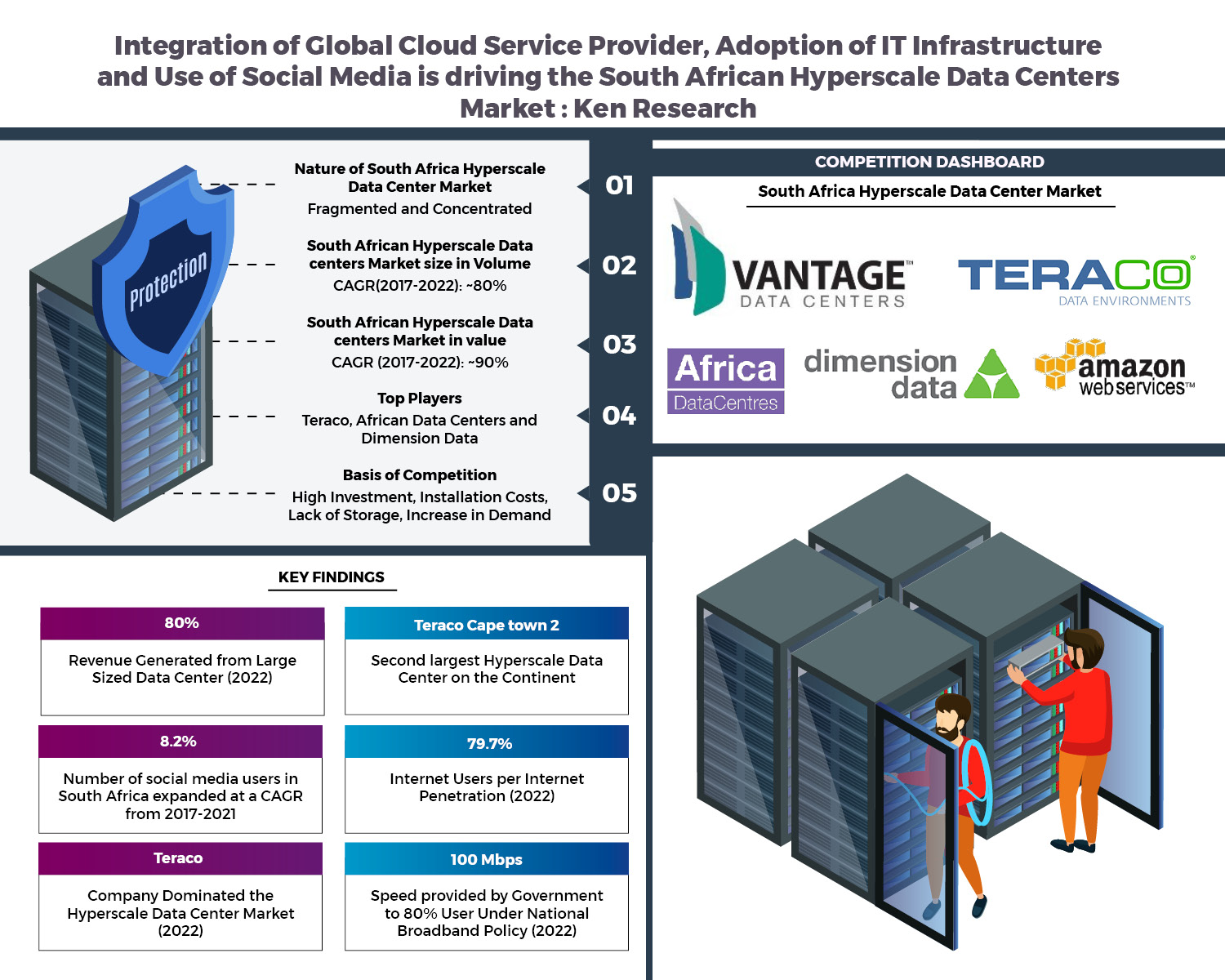 Internet traffic growth in South Africa has grown by a CAGR of XX% in from 2016 to 2021, with 31 Petabytes of internet traffic per day in 2021. Most data centers in the region are working to drive down energy consumption to advance sustainability in their centers and decrease costs

One of the major determinants for the surging growth in coming years is attributed to the favourable government rules & regulations such as Draft National Data & Cloud Policy formulated to support domestic and foreign investments in data and cloud infrastructure. Coupled with that, the National Broadband Policy launched by the government, aiming to improve broadband connectivity among users, schools and public organizations by 2030 will serve as a major demand driver for the growth of HSDC market in South Africa. Increased awareness on environmental impacts and government’s aim to limit carbon footprints by 2030 will result in businesses adapting to a strategy to utilize least amount of energy.

There has also been a drive to lessen energy consumption will act as a catalyst for the increased demand of energy efficient hyperscale data centers in coming years.

Educational institutions leveraging on technologies such as e-learning and digital collaboration coupled with corporate organizations shifting to a hybrid working environment will further contribute in boosting the demand for large scale hyperscale data center in South Africa.

Key Topics Covered in the Report: