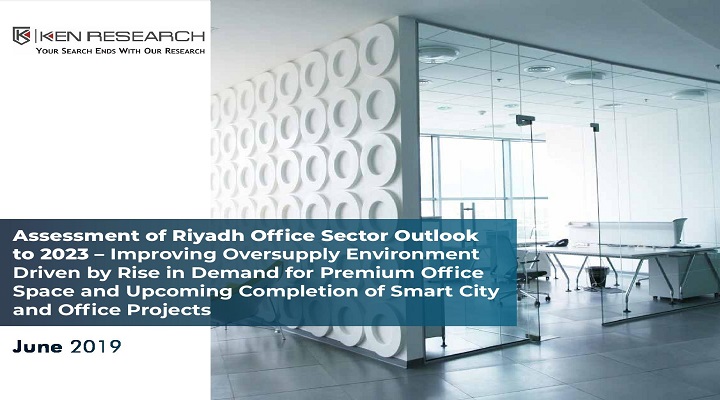 How Riyadh Office Market Is Positioned?

All property classes including office properties within Riyadh’s real estate sector softened in 2017. It was found out that the pace of growth in the office sector appears to be slowing. Average rentals in the Riyadh office market have remained unchanged over the last quarter. As tenants continue to prefer Grade-A office buildings, some owners have been able to take advantage of the delays in the delivery of office space in the KAFD and ITCC projects to raise their asking rents in light of declining vacancy rates. Although Riyadh’s economy is growing, the excess supply of office space from KAFD and ITCC is likely to result in increased vacancies over the next 12 months, thereby creating downward pressure on average rentals. 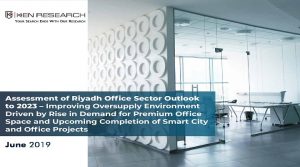 The Riyadh Office Market has been dealing with a lot of uncertainties due to the changing economic frame of the country and the influx of non-oil generated revenue being promoted by the government rigorously. The Riyadh office market is skewed towards the supply side as there is shortage for premium office which is highly demanded in the office market. The government is playing an influential role in bringing business to the country by relaxing business norms and making it easier for other countries to invest in Saudi Arabia. Other initiatives of government such as Vision 2030 and NTP are the highlight for the dynamics of the Riyadh office market. Such initiatives are driven towards promoting the diversification of economy of the country away from oil generated revenue towards other sectors such as service and manufacturing sectors.

Delays in the completion of new projects and the limited supply of available space within the preferred existing buildings have resulted in a spike in rentals in these locations. Some Grade A buildings on King Fahd Road have increased their asking rentals by 8%- 10% over the past year

While demand for office space remained subdued over the first quarter of 2019, this is expected to pick up in the long term on the backed by government initiatives undertaken to encourage the private sector’s participation in the economy, particularly through entrepreneurship and the growth of small-to-medium enterprises (SME’s). This is likely to promote demand for smaller, fitted out office units within mixed-use developments. The Saudi government is actively promoting the ease of doing business in Saudi Arabia. The largest oil-export driven country is looking forward to diversify their economy.

In accordance with Jawazat Saudi Arabia Forum and the country’s Al-Hayat newspaper, the first quarter of 2018 saw the departure of ~ expatriates on final exit visa when compared to ~ during the same period last year, thereby creating more employment opportunities for Saudi nationals. The decline took place because of a hike in fuel prices, introduction of VAT and the impact of the financial levy on expatriate workers. Employees that are foreign nationals are leaving the Kingdom in response to increase in the cost of living. Companies may reduce the number of expatriates occupying entry level positions, instead choosing to train and hire Saudi and other GCC nationals.

The formation and operation of entities is regulated by the Companies Law which was issued under a Royal Decree in 1965, as amended in 1967, 1982 and 1985 by subsequent Royal Decrees. SAGIA offers a number of incentives to attract investors. All these initiatives have relaxed the norms for international companies that are willing to enter Saudi Arabia.

The women of Saudi Arabia have played very restrictive public roles in the past. With Vision 2030, little attention was paid to the women population of Saudi Arabia. Considering the high level of unemployment among Saudi women, the Government is committed to increasing the employment rate among women in the upcoming years. The initiative undertaken by the Government has an objective to increase the women employment rate from 22% to 30% by the end of 2030.

Following a fall in 2017, Saudi Arabia’s GDP growth began to recover in the first quarter of 2018. It is estimated to have reached 2.2% in 2018 according to the IMF latest estimates and it might further accelerate, reaching 2.3% in 2019. The return to growth has been aided by a combination of favorable factors including a rebound in oil prices, gradual acceleration in the growth of the non-oil economy and the government’s shift away from tight fiscal policy as announced in the 2018 and 2019 budgets.

Current And Future Demand And Supply

Supply and Demand Assessment in Riyadh by Segment (Premium, Grade A and Grade B), 2013-2023E

Riyadh Office Market Future Outlook (Is Investment Profitable Or Not?)

Key Features and  Characteristics of Offices in Riyadh