According to Ken Research Analysis, the Global Semiconductor Metrology and Inspection Equipment Market is expected to record a positive CAGR of ~7% during the forecast period (2022-2028) and is expected to reach approximately US$ 15 billion by 2028.

The challenge faced by the global semiconductor metrology and inspection equipment market is the high dependence of countries like the USA on China for semiconductor parts. On the other hand, high investments and maintenance expenses and the complications of structure and functional defects in manufacturing procedures are expected to obstruct the market growth

COVID-19 heavily affected the global semiconductor metrology and inspection equipment market. Manufacturing sectors suffered severe losses due to factory shutdowns and fewer production volumes which prevented the growth of the automotive, electronics & semiconductor markets. In addition, there was a massive disruption in the supply chain across the region due to the lockdown measures, which further triggered a huge backlog of orders, and resulted in the loss of revenue for many large and small enterprises operating in the North American semiconductor metrology and inspection market.

Scope of the Report

The semiconductor metrology and inspection equipment market is segmented by type, and organization size. In addition, the report also covers market size and forecasts for the four major regions’ semiconductor metrology and inspection equipment market. The revenue used to size and forecast the market for each segment is US$ billion.

By Type: The lithography metrology type segment held the largest market share in the Global Semiconductor Metrology and Inspection Equipment Market in 2021.

By Organization Size: The large enterprise segment held the largest share of the Global Semiconductor Metrology and Inspection Equipment Market in 2021.

By Geography: Asia Pacific accounted for the largest market share in 2021 within the total Global Semiconductor Metrology and Inspection Equipment Market. 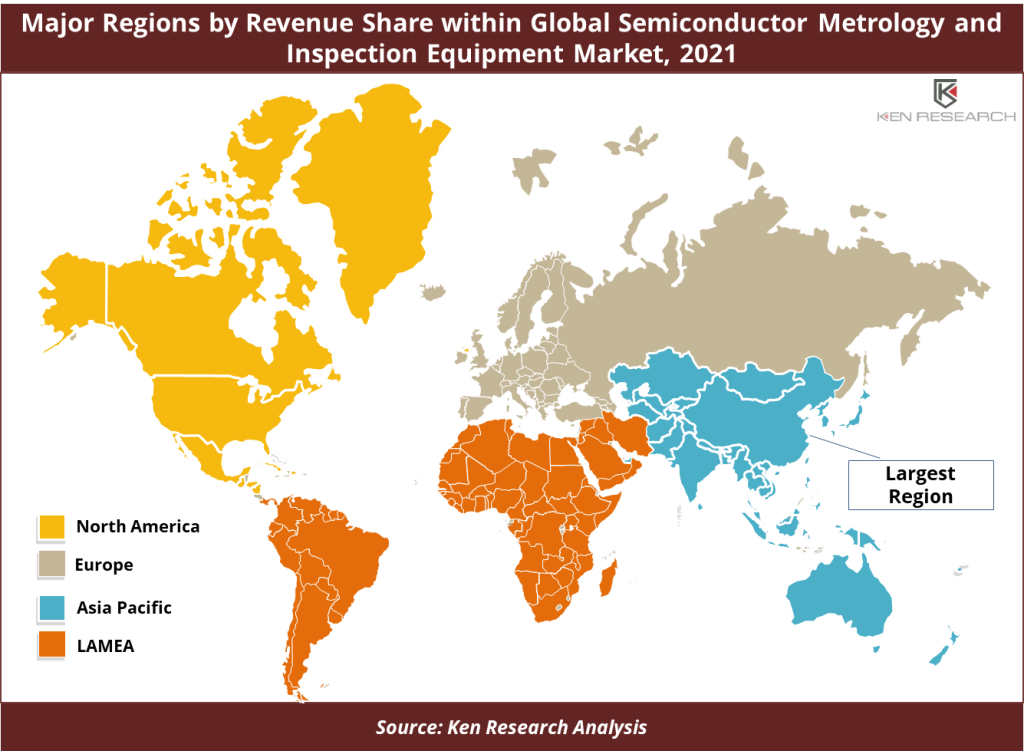 The global semiconductor metrology and inspection equipment market is highly competitive with ~150 players which include globally diversified players, regional players as well as a large number of country-niche players.

Major Players Mentioned in the report