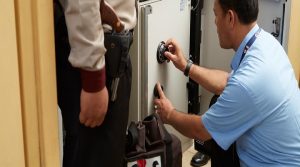 UAE ATM managed services market witnessed growth due to increase in ATM penetration, increase in value and volume of ATM withdrawals and improved liquidity in the market from 2013 to 2018. The total number of ATMs have increased from 2013-2018 at a CAGR of %. The market is currently concentrated to one company in managed services and two companies in ATM supply. Profitability associated with ATM managed services is highly correlated with factors such as branch expansions, introduction of new breed of ATM machines such as cash recyclers, multifunction ATMs & biometric ATMs, improvement in customer retention schemes, maintaining recurring clients by exceeding the service level agreement and having diversified services portfolio offered by well trained professionals. Currently, ATMs operate as cost centres in UAE as Banks incur losses. UAE ATM Managed Services market has grown from AED ~Million in 2013 to AED ~Million in 2018, at a CAGR of ~%. ~, ~ and ~ are the three main players in ATM Managed Services Market. The ATM Supply market has been analyzed to be AED ~ Million in 2018.

By Location (Off-Site and On-Site ATMs)

In Off-site ATMs, the right of ownership of the ATM machine remains with the banks and rest other management services such as cash replenishment, transaction processing, first and second line maintenance, site maintenance and security are being outsourced to the managed service providers. Generally, in UAE, banks outsource their off-site ATMs managed services to single or multiple vendors as it makes their margin on profitability higher. ATMs which are operating under this category generally deployed where there are no bank branches.

Cash management services have contributed the highest share in the ATM Managed Service category in UAE. Transguard has a near monopoly over the cash management services for banks in UAE. Brinks Cash Logistics is a far second competitor with a % market share. Cash management companies charge approximately AED for Off-Site ATMs and AED for On-Site ATMs on a monthly basis for providing a bundle of services including cash replenishment, CIT, cash processing, cash vaulting, etc. However, the final cost depends on the basis of number of trips, location of the ATM, number of ATMs replenished, among others.

The revenue from ATM Supply market in UAE amounted to AED ~ Million in the year 2018, with sales of about ~ ATMs during 2018.

Companies operating into ATM supply segment compete on the basis of following factors. Pricing of the ATM is the major factor that distinguishes vendors from each other. In UAE, banks generally buy ATM machines once or twice a year in bulk. The machine comes with a warranty of ~ year. Charges for second line maintenance and first line maintenance are waived off during this period. The average life of an ATM machine is expected to be ~ years. A basic ATM machine generally cost AED ~.

Buy Now 1.  The Covid-19 pandemic is a driving force in exhilarating and paving the way for newer companies to enter the BNPL space in...
Read more
Banking Financial Services and Insurance

The UAE Robo-Advisory in Wealth Management market is expected to grow in the near future owing to rising number of High-Net-Worth Individuals & relatively...

Use of technology for better recovery predictions and improvement in KSA legal system act as catalysts for the KSA Debt Collection Industry: Ken Research