The Asia Pacific Virtual Reality Market recorded a positive CAGR of nearly 20% due to the enhancements in immersive quality, fault detection & cost-reduction capabilities, and improved quality of visualization. The market is estimated to be US$4 billion in 2022 and is expected to reach around US$16 billion by 2030. VR acted as a collaborative tool at the time of the pandemic, helping users to interact with each other in a virtual world. Students could learn from the virtual labs and classrooms using VR. Moreover, VR technology helped users improve their mental health by allowing the user to connect with others during quarantine. 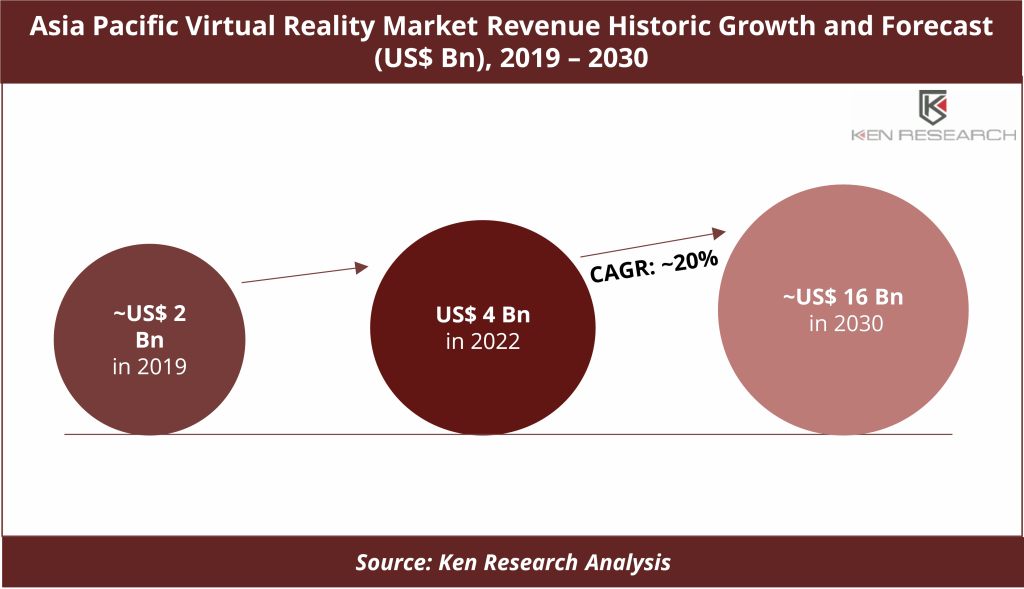 By Component: Hardware Component holds the largest share of the Asia Pacific Virtual Reality market. The Services component is expected to grow the fastest. 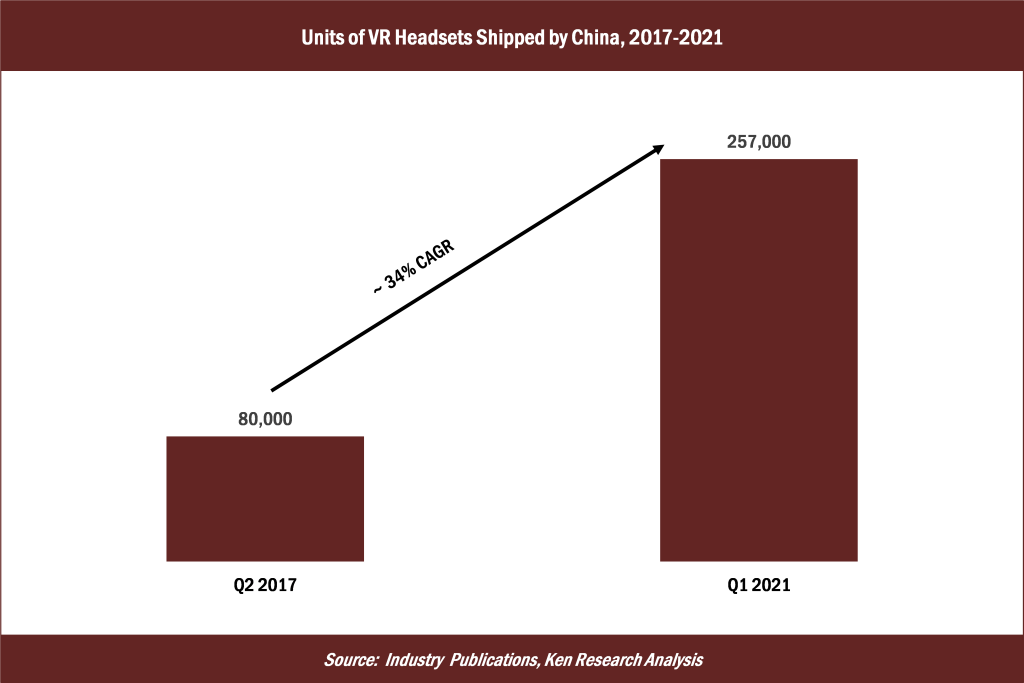 By Device Type: Gesture Tracking Devices are expected to grow the fastest, owing to the increased efforts by industries to make advanced devices for the user and offer a fully virtual environment where it would be possible to perform various gestures like clapping, high fives, etc.

By Technology: The Fully Immersive technology segment of the Asia Pacific Virtual Reality market is expected to grow the fastest during the forecast period.

By Geography: China is expected to remain the largest geographic segment within the total Asia Pacific Virtual Reality market.

In India, smartphone penetration was 54% in 2020 and is expected to reach 96% by 2040 which would help immensely in improving VR technology accessibility. 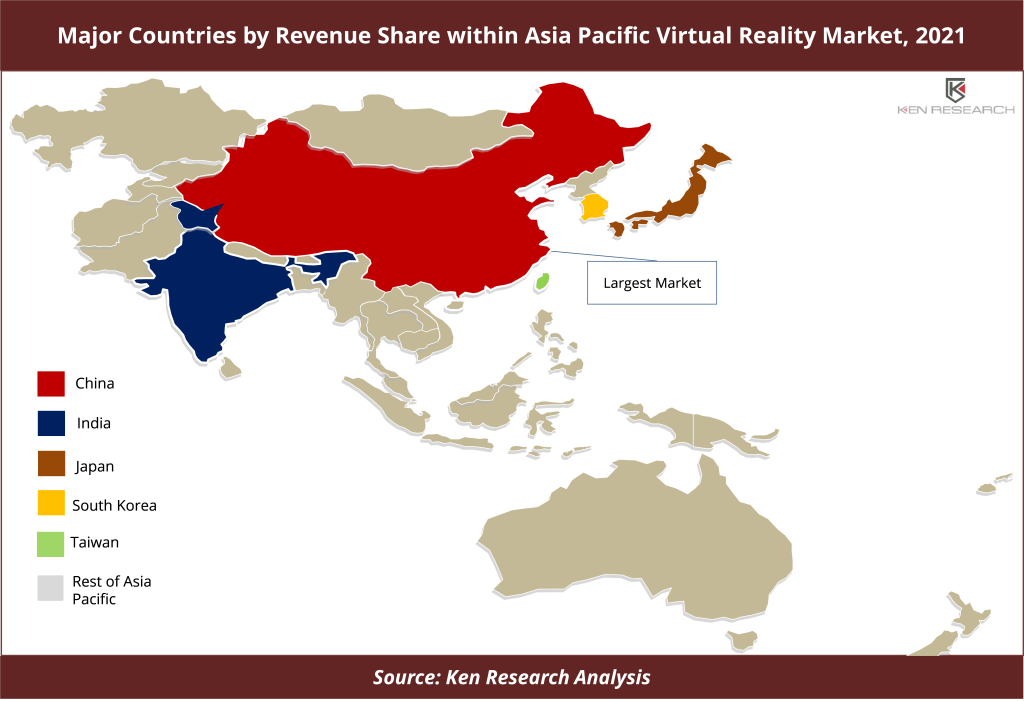 The Virtual Reality market is highly competitive with ~500+ players which include globally diversified players, regional players as well as a large number of country-niche players, offering specialized experiences or catering to a particular end-user industry or technology.

Leading global specialist companies, such as Eon Reality, are highly focused on providing a significant number of Virtual Reality solutions and advanced techniques that can be used across multiple industries, including Automotive, Education, and more. 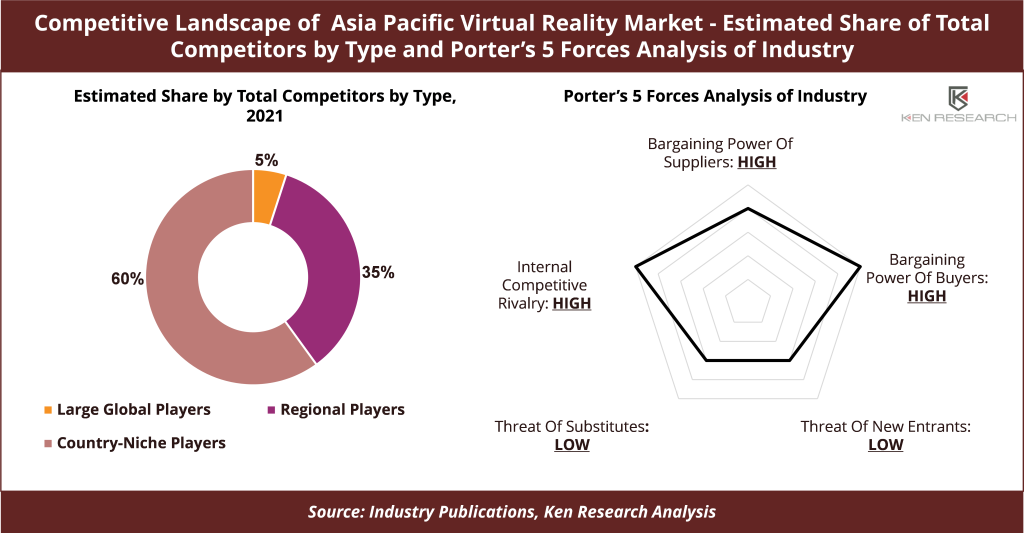 The Asia Pacific Virtual Reality Market is forecasted to continue strong growth during the forecast period and reach a revenue of ~US$16 billion by 2030, primarily driven by rising demand for Virtual Reality from all major industry sectors for an immersive experience and improved quality of visualization. Though the market is highly competitive with over 500+ participants, few global players control the dominant share and regional players also hold a significant share.

Note: This is a Planned/On-Demand report, so the figures quoted here for a market size estimate, forecast, growth, segment share, and competitive landscape are based on initial findings and might vary slightly in the actual report. Also, any required customizations can be covered to the best feasible extent for Pre-booking clients, and the report delivered within a maximum of two working weeks.