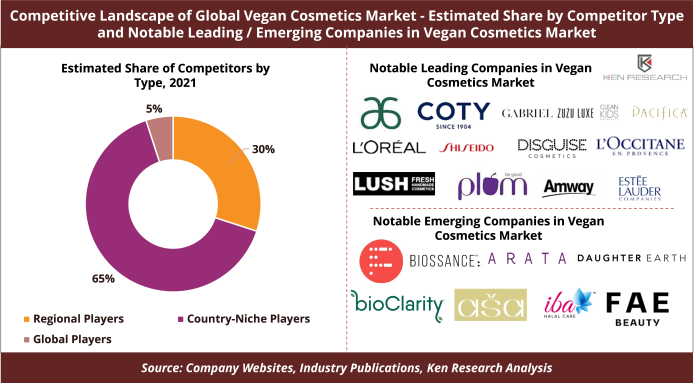 Global Players Dominate the Market Holding ~45% Share, Despite the Presence of about ~500 Competitors Comprising a Number of Country-Niche Players, Regional Players, and, Global Players, finds a recent market study on the Global Vegan Cosmetics Market by Ken Research.

Vegan cosmetics are made from plant-based ingredients and do not contain animal-derived ingredients such as beeswax, milk, gelatin, or collagen. They are primarily high in vitamins, which help to naturally plump out the skin and provide the nutrients required for cell regeneration. In addition, the antioxidants found, such as aloevera, tea tree, and camomile in plants are transferred to the skin, and the natural anti-inflammatory effects of such antioxidants reduce redness and irritation.

A comprehensive competitive analysis conducted during the Research Study found that the Global Vegan Cosmetics market is highly competitive with ~500 players, including globally diversified players, regional players, and a large number of country-niche players with their niche in adopting advanced technology, such as fermentation technology to enhance the texture, and appearance of products. The majority of global players are utilizing green sciences to create biotechnological formulas and circular product packaging to meet the rising consumer demand for environmentally sustainable and natural products. For instance, in March 2021, L’Oreal adopts a ‘Green Sciences’ approach to its operations and commits to transforming its Research & Innovation. Additionally, the company also stated that by 2030, 95% of its ingredients will be derived from renewable plant sources, abundant minerals, or circular processes.

Country-Niche Players’ and Organization’s Ongoing Efforts to New technological Developments are Prompting the Growth the of Cosmetics Industry. 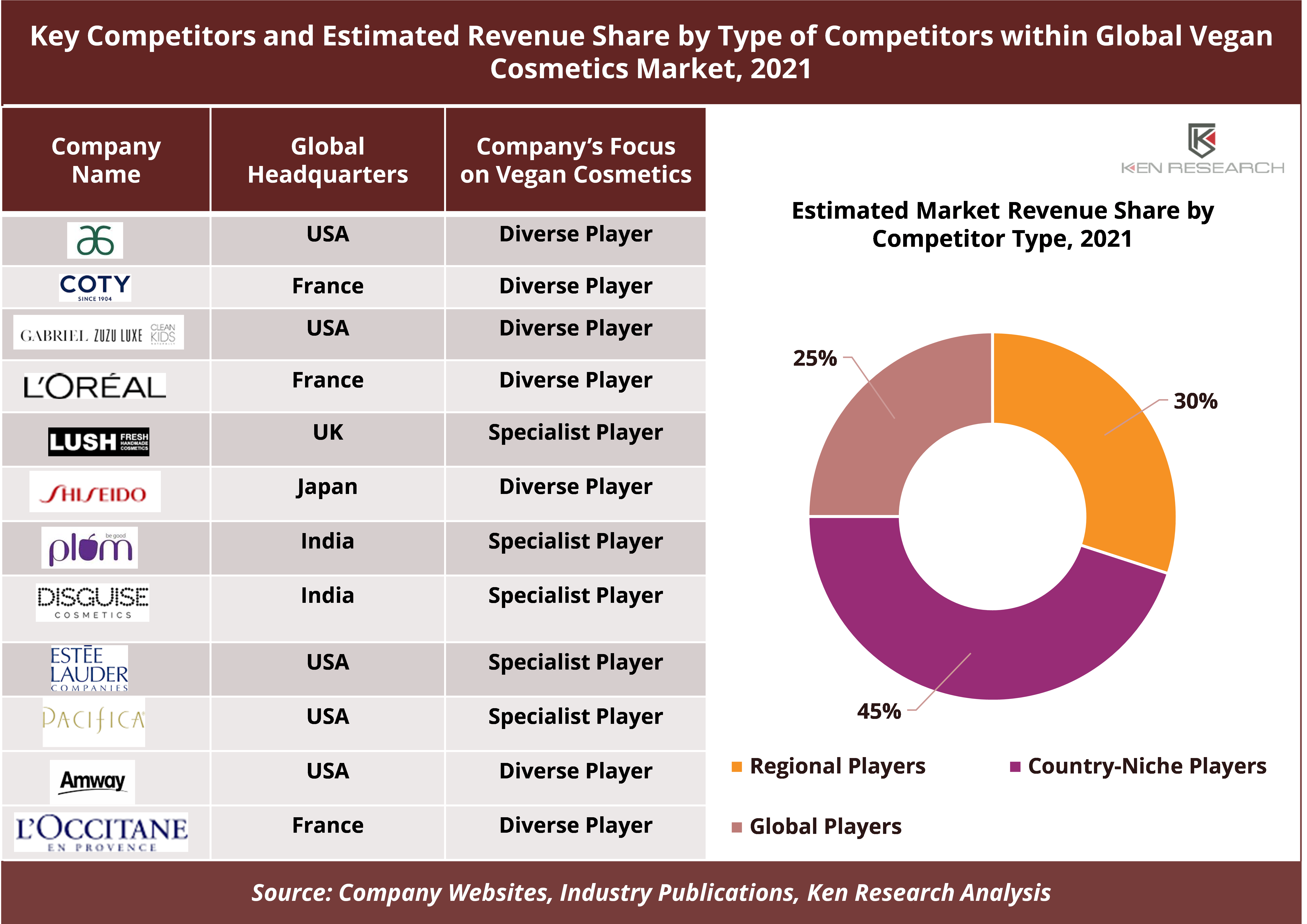 Increasing Government Initiatives, and Strategies Aimed at Prohibiting Chemical Testing for Cosmetics are supporting the Growth of Vegan Cosmetics.

Previously, government-led investment and involvement in cosmetic industry operations were relatively limited worldwide, with the industry relying primarily on private funding. However, in recent years governments conceded that the structure needed to be changed. Several governments across countries have begun to support cruelty-free and natural consumer products by enacting legislation that prohibits cosmetics animal testing.