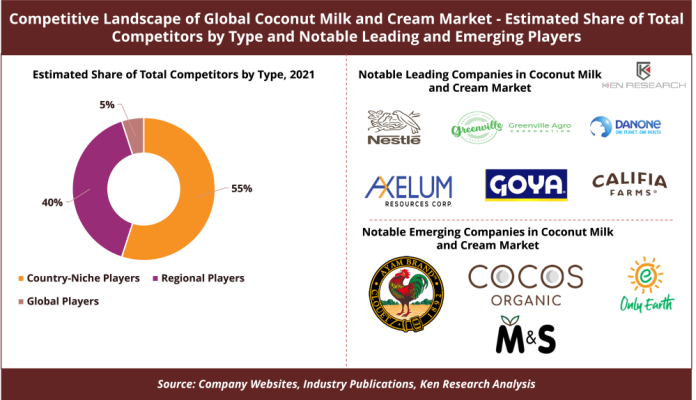 Global Players Dominate the Market Holding nearly 40% of Revenue Share Despite the Presence of about 200 Competitors Comprising Global Players, Regional Players, and Country-Niche Players, finds a recent market study on the Global Coconut Milk and Cream Market by Ken Research

A comprehensive competitive analysis conducted during the Research Study found that the Global Coconut Milk and Cream Market is highly competitive with ~200 players which include globally diversified players, regional players as well as a large number of country-niche players who have their niche in Coconut Milk and Cream. The global players comprise ~5% in terms of the number of companies and hold about 25% of the market share. Most of the global players are strategically launching new coconut milk and cream products in the market to fulfill consumers’ demands and hold a significant market share. 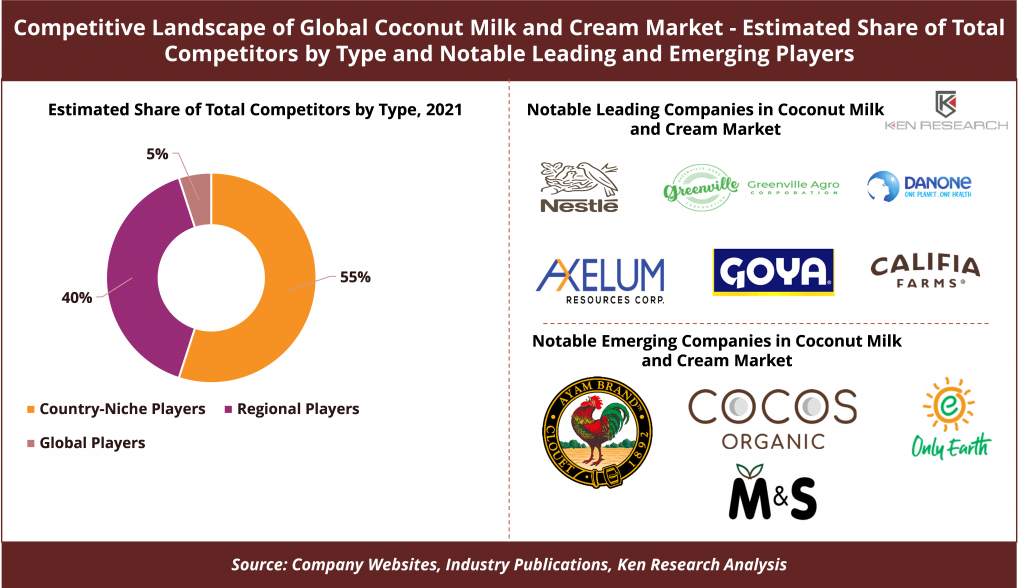 Detailed comparative analysis of key competitors available within the Research Study shows that key players such as Danone SA, Nestlé, and PACIFIC FOODS OF OREGON among others are highly focused on strategic developments including product launches, expansion, and others to fulfill the growing demand for coconut milk and cream among consumers. Furthermore, several companies are focusing on introducing new coconut milk and cream products in the market to expand their company’s product portfolio, which is expected to boost the growth of the Global Coconut Milk and Cream Market. 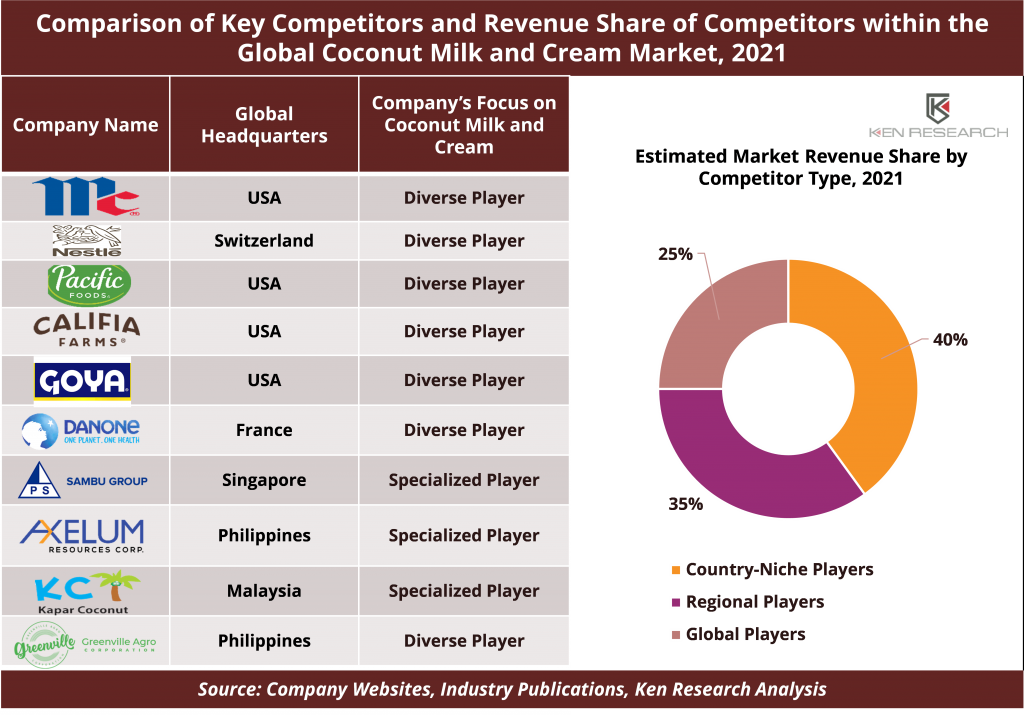