Water desalination is the process of removing minerals such as salt from saline water to make it fit to use. The three main sources of saline water are seawater, brackish water, and river water. Water desalination equipment manufacturers develop different types of technologies for desalination purposes such as Reverse Osmosis (RO), Multi-stage Flash (MSF) Distillation, Multi-effect Distillation (MED), and more that is mainly used in municipal and industrial application all around the globe.

The water desalination equipment market is witnessing steady growth owing to water scarcity around the world. Water scarcity means a lack of freshwater resources to meet the regular demand for water consumption for public usage. According to the United Nations (UN), which is an intergovernmental organization that fosters friendly ties between countries and maintains global peace, mentions that about half of the world’s population will face water scarcity by 2030, which includes ~250 million people only from Africa.

Thus, to deal with water scarcity many companies are now developing various new technologies which include the establishment of water desalination plants i.e. using various chemical and physical processes to convert saline water to usable water.

According to Ken Research estimates, the Global Water Desalination Equipment Market – valued at around ~US$ 7 billion in 2017 and is estimated to reach nearly ~US$ 10 billion by 2022 – it is further expected to reach a market size of ~US$ 16 billion opportunities by 2028 at a CAGR of ~8% during the forecast period. 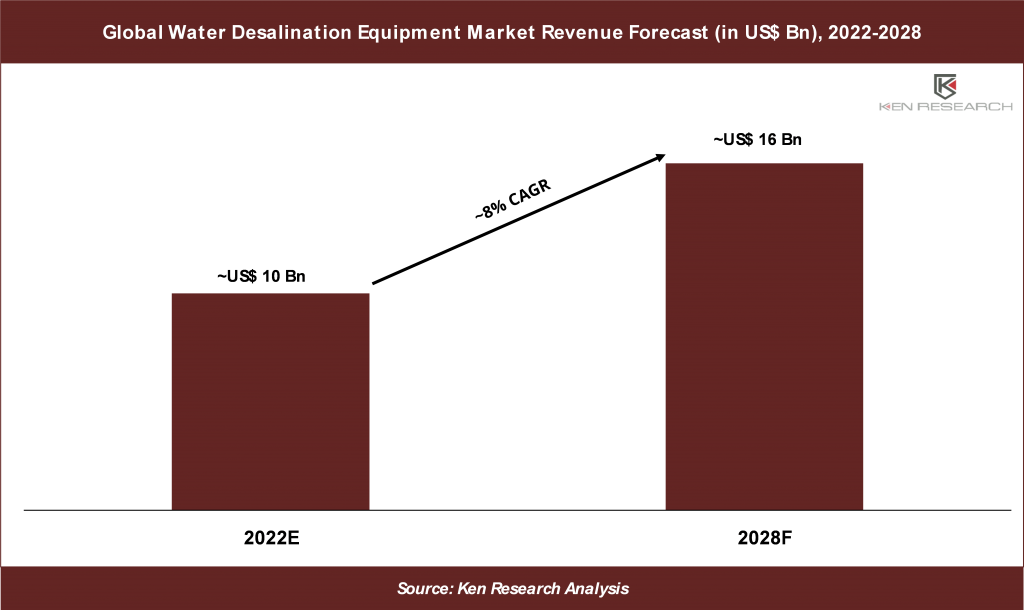 Rapid industrialization is driving the global water desalination equipment market growth. As the water resources, demand has grown globally because of rapid industrialization, for any kind of manufacturing a significant amount of water is required. Thus, to fulfill the current demand for water resources desalination process is widely adopted by many countries such as Saudi Arabia, India, China, and more.

The below graph depicts the rise in water desalination in Saudi Arabia in 2018 vs 2021. 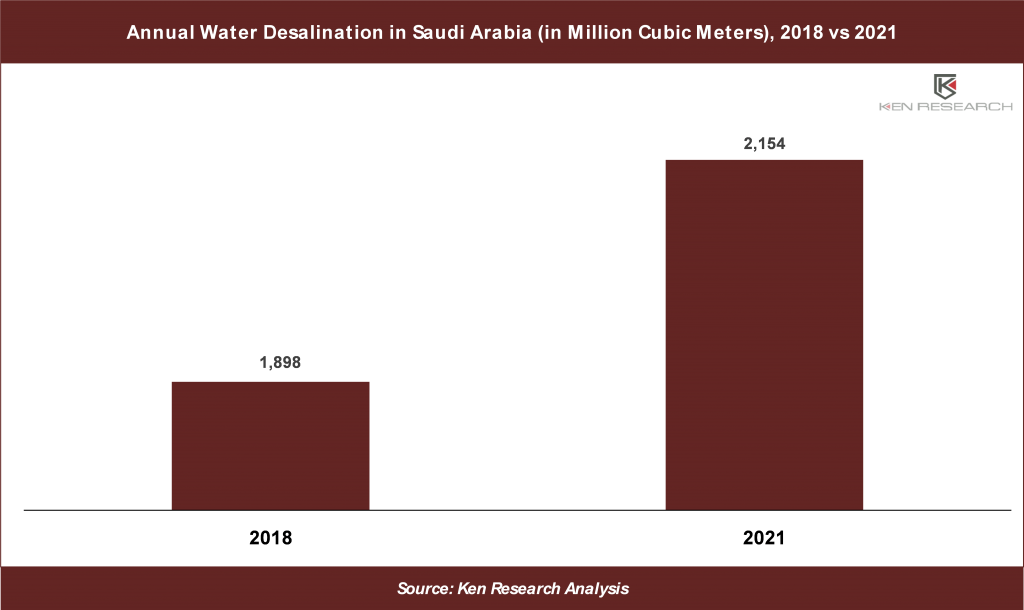 3. Environmental Issues Emerging Due to Brine Discharge Act as One of the Major Challenges Faced by The Market.

Desalination is the process of converting saline water or seawater to fit-to-use water, the residue that forms after a successful desalination process is called brine, which is toxic in nature and has an adverse effect on the environment badly as the brine is discharged back into the sea by the desalination plants manufacturers.

As the brine treatment and disposal methods are very costly in nature, thus many companies directly discharge brine into the sea, which has negative impacts on the flora and marine life.

The below graph depicts the average installation cost of different brine disposal systems. 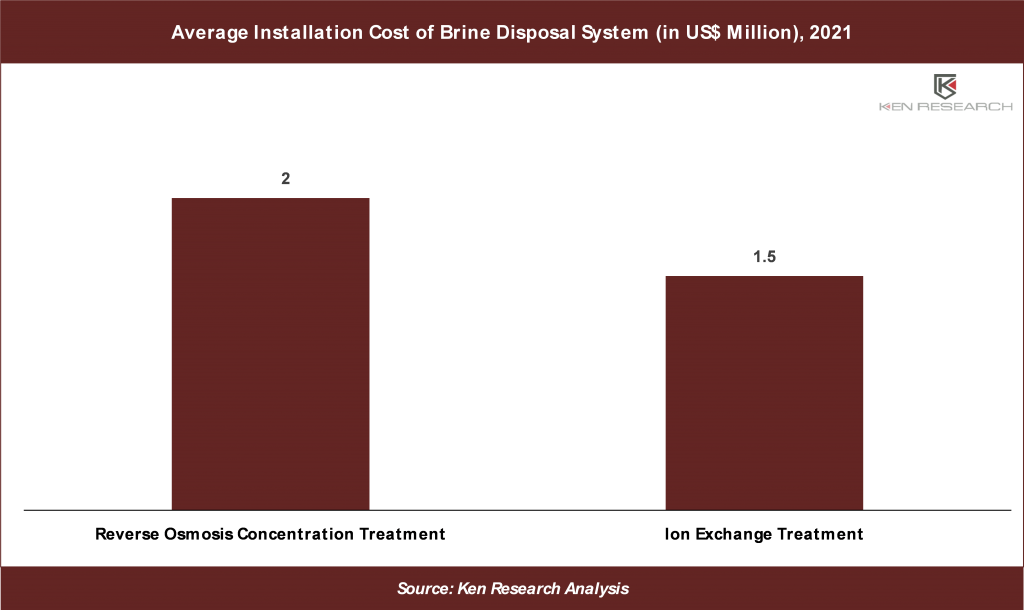 Key Companies Covered in the Report