Driven by the rising demand for silicon metal in various industries such as automobile, semiconductor, and others as offer low thermal expansion, corrosion resistance, low wear rate, and other properties, the Global Silicon Metal Market is Forecasted to reach nearly US$ 8 Bn by 2028 says Ken Research Study.

Silicon metal is a lustrous and grey semi-conductive metal and is widely used to manufacture solar cells, microchips, steel, and others. It acts as a base material for different products and hence has an important role in the consumer and industrial sector.

The growing demand for silicon metal in the manufacturing of electronic semiconductors, photovoltaic solar cells, electric vehicles, and others is boosting the growth of the Silicon Metal market in the forecasted period. The growing demand for renewable sources of energy globally coupled with the increase in favorable policies of government for semiconductors, electric vehicles, and others, is anticipated to boost the demand for the global silicon metal market. However, the shortage of silicon metal due to its high usage in various industries may hamper the growth of the market.

According to Ken Research estimates, the Global Silicon Metal Market – valued at around US$ 5 Bn in 2017 and estimated to reach nearly US$ 6 Bn by 2022 – is expected to grow to around US$ 8 Bn opportunity by 2028.

2.    Increasing Penetration of Electric Vehicle is Driving the Market Growth

The increase in favorable policies of the government for electric cars along with the rising penetration of electric vehicles is likely to boost the growth of the market. Moreover, increasing demand for silicon metals and aluminum-silicon alloys to manufacture lightweight vehicles is expected to bolster the growth of the Global Silicon Metal Market.

The below graph depicts the increasing number of global electric car registrations. 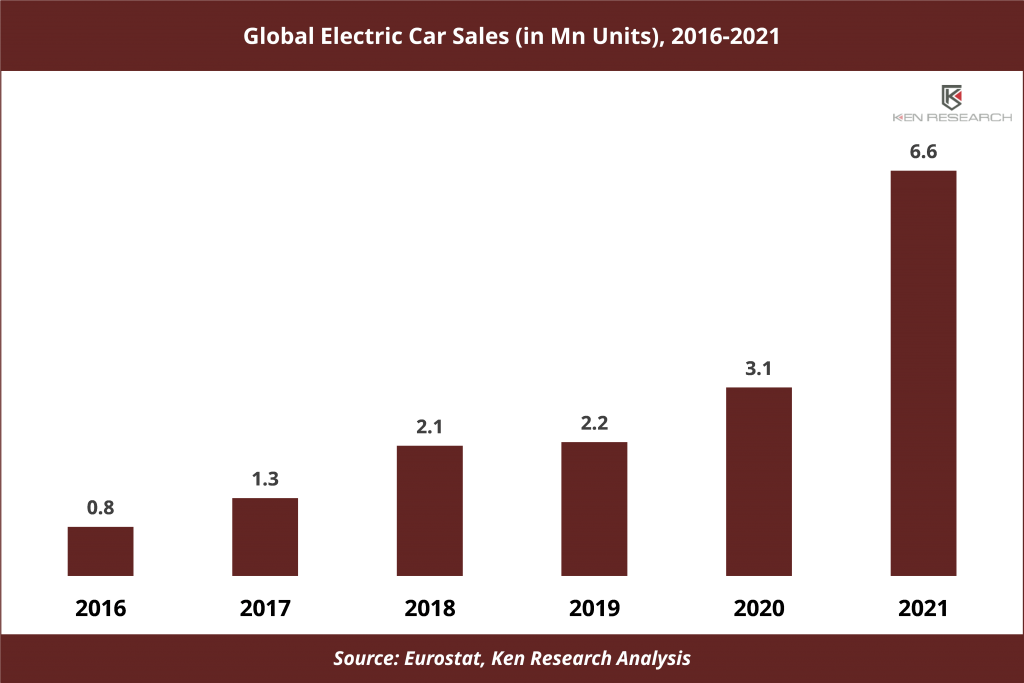 3.    Hike in the Prices of Silicon Soars Is the Most Significant Barrier to the Growth of the Market

The shortage of raw materials such as silicon sores and their high consumption in industries like semiconductors is expected to increase the prices of raw materials, which may hamper the growth of the market. Surging demand for silicon metal in industries has created risks of creating improbable shortages for raw materials like gravel which is affecting the production of silicon metals and affecting the supply chain, which may restrict the growth of the market.

The below graph depicts the hike in prices of silicon soaring in Yuan per ton.

For more information on the research report, refer to the below link:-

Buy Now The Covid-19 pandemic posed challenges for the Bahrain Catering Market, but post-pandemic the industry is expected to bounce back as things go normal. Bahrain...
Read more