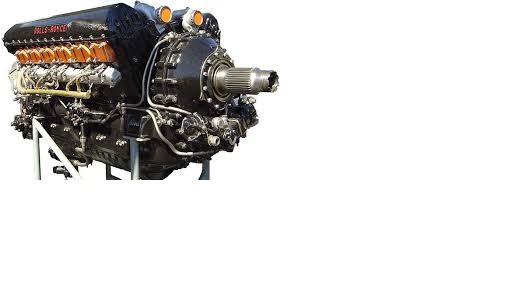 This report studies the Aircraft Piston Engines market. The first airplane engines were of the piston or reciprocating type and this type of engine is still in use today. Piston engines were the only type of aircraft engine until 1939 when the first turbine powered aircraft flew. Piston aircraft engines reached their zenith during World War II. Aircraft developed for the war added superchargers and were able to fly higher and faster than any planes in history.Aircraft piston engines refers to the reciprocating internal combustion engine that provides the flight power of aircraft.A 4-stroke gasoline engine ignited with a spark plug.The crankshaft rotates twice, and each piston reciprocates four times in the cylinder to complete a cycle. Each movement of the piston is called “one stroke”.The four strokes are inlet, compression, expansion and exhaust.It is mainly composed of crankshaft, connecting rod, piston, cylinder, gas separator and casing.Some engines have a reducer in the front to reduce the speed of the output shaft.Most engines have a supercharger at the rear of the casing to improve their altitude performance.Piston aero engines are multi-cylinder engines with at least 4 cylinders and up to 28 cylinders.

According to the cylinder cooling mode is divided into liquid-cooled engine and air-cooled engine two.According to the cylinder arrangement form is divided into linear engine and star engine.Star air-cooled engines are used more often.From the first aircraft in 1903 to the end of world war ii, all aircraft were powered by piston aeroengines.Since the mid-1940s, gas turbine engines have gradually replaced piston aero-engines in military aircraft and large civil aircraft, but the low power piston aero-engines are more economical than gas turbine engines and are still used in light and low speed aircraft.The aviation piston engine industry is highly concentrated, with only a few enterprises in the global production. High-end products mainly come from North America and Europe, and the market competition is relatively fierce.Lycoming Engines, AVIC, Austro, Rotax, SMA and ULPower Aero are industry leaders with key technologies, patents and high-end customers and established industries The North American market share, however, retained its position and decreased to 61.4%, which is its largest share of total deliveries in the past decade. The second largest market for Aircraft Piston Engine shipments in 2017 was the Eruope region at 25.2%, closely followed by China at 11.2%.

Market Players & Competitor Analysis: The report covers the key players of the industry including Company Profile, Product Specifications, Production Capacity/Sales, Revenue, Price and Gross Margin 2016-2027 & Sales with a thorough analysis of the market’s competitive landscape and detailed information on vendors and comprehensive details of factors that will challenge the growth of major market vendors.

Global and Regional Market Analysis: The report includes Global & Regional market status and outlook 2016-2027. Further the report provides break down details about each region & countries covered in the report. Identifying its sales, sales volume & revenue forecast. With detailed analysis by types and applications.

Opportunities and Drivers: Identifying the Growing Demands and New Technology

To gain insightful analyses of the market and have comprehensive understanding of the global market and its commercial landscape.

Assess the production processes, major issues, and solutions to mitigate the development risk.

To understand the most affecting driving and restraining forces in the market and its impact in the global market.

Learn about the market strategies that are being adopted by leading respective organizations.

To understand the future outlook and prospects for the market.

Besides the standard structure reports, we also provide custom research according to specific requirements.

Buy Now Automotive Lubricants Market in Malaysia is driven by the Growth in Number of Passenger Vehicles on Road and the rapidly increasing demand for...
Read more
Business

Buy Now UAE’s Data Center Industry is witnessing a surge in the Investments from local as well as global companies to meet the data...
Read more
Business