The Global Coaxial Cable Market is expected to witness a CAGR of ~5% during the forecast period (2022-2028). The market accounted for US$ 25 billion in 2017 and is estimated to be US$ 35 billion in 2022. Further, the market is forecasted to reach a size of US$ 50 billion by 2028. Due to the rising telecommunication and IT industry. A significant rise in the demand for internet connection is also fueling the growth of the coaxial cable market. 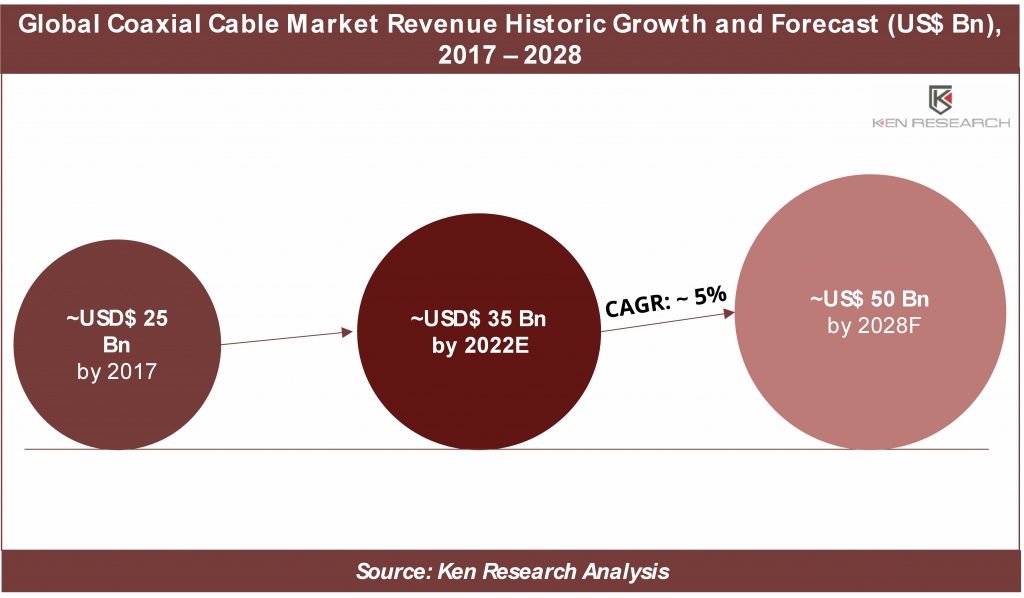 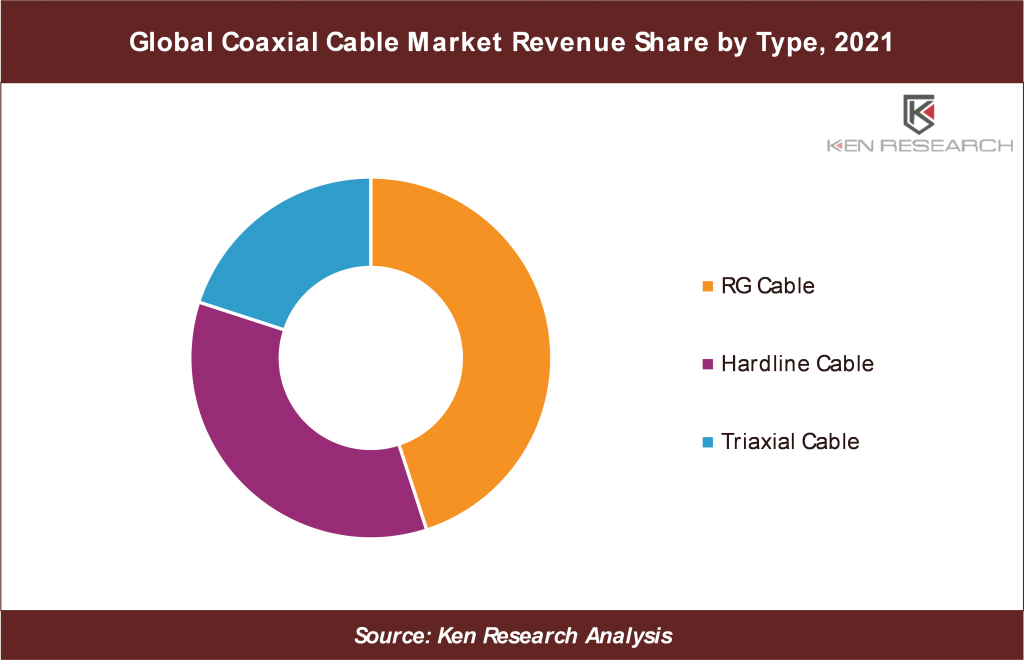 By Application: The radio frequency transfer segment accounted for the largest market share in 2021, as it is used for multiple wired connections such as Wi-Fi, phones, television cables, and others.

Wi-Fi is the key component in radio frequency transfer applications, as it helps in transferring secure and reliable data from one point to another. Increasing average Wi-Fi speed is a driving factor for the global coaxial cable market, as higher bandwidth requires high-quality cables to transfer the data. According to Cisco, the average Wi-Fi network connection speed of 30.3 Mbps in 2018 will exceed 91.6 Mbps by 2023. 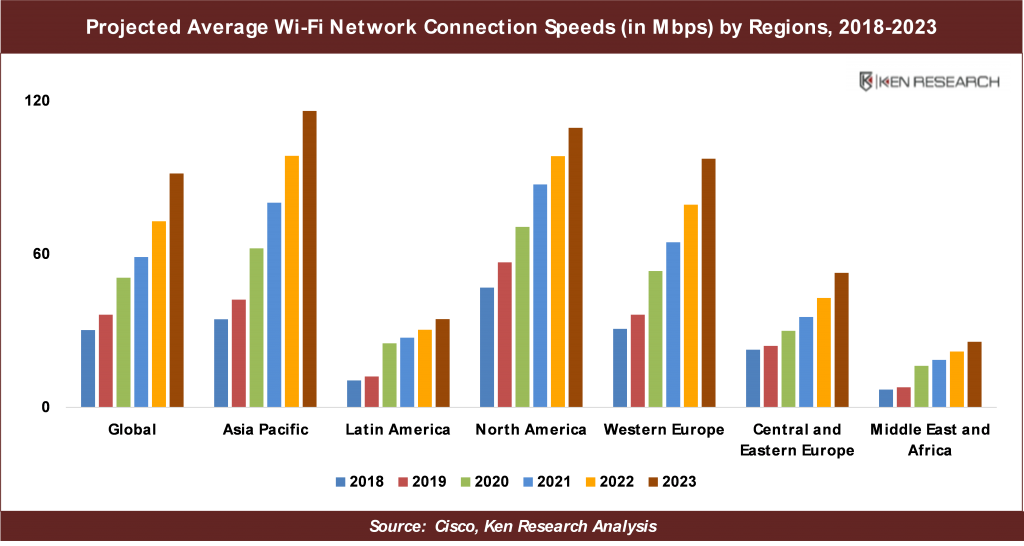 By Geography: Asia Pacific accounted for the largest market share within the global coaxial cable market in 2021, owing to the growing mobile telecommunication networks.

Cisco in its annual internet report, 2018-2023 mentioned that Asia Pacific internet users as a percentage of the regional population are forecasted to grow by 20%, which is highest among other regions. 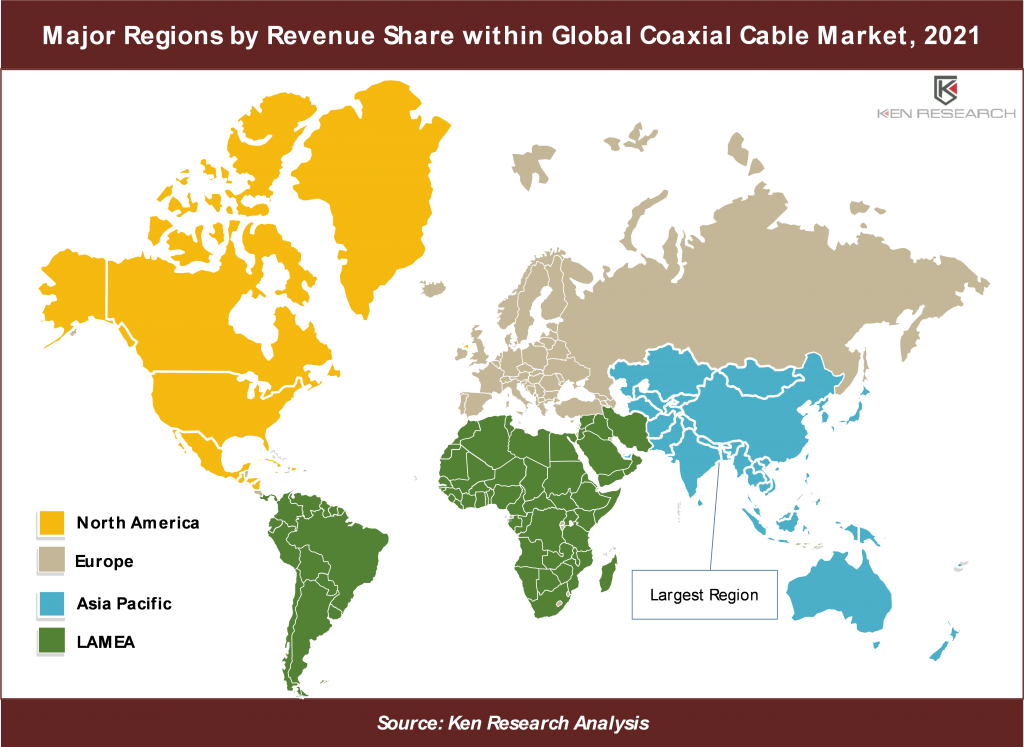 The Global Coaxial Cable market is highly competitive with ~250 players which include globally diversified players, regional players as well as a significant number of country-niche players having their niche in coaxial cable manufacturing and distributing to multiple end-user industries. Most of the global players are dealing in the manufacturing of different varieties of cables.

Global players constitute about 20% of the competitors by type, while regional players hold the second largest share of competitors. Some of the major players in the market include Belden Inc., Prysmian Group, Amphenol Corporation, CommScope, Trigiant Group Limited, HUBER+SUHNER, Leoni AG, Sumitomo Electric Industries, Ltd., TE Connectivity, Nexans, and others. 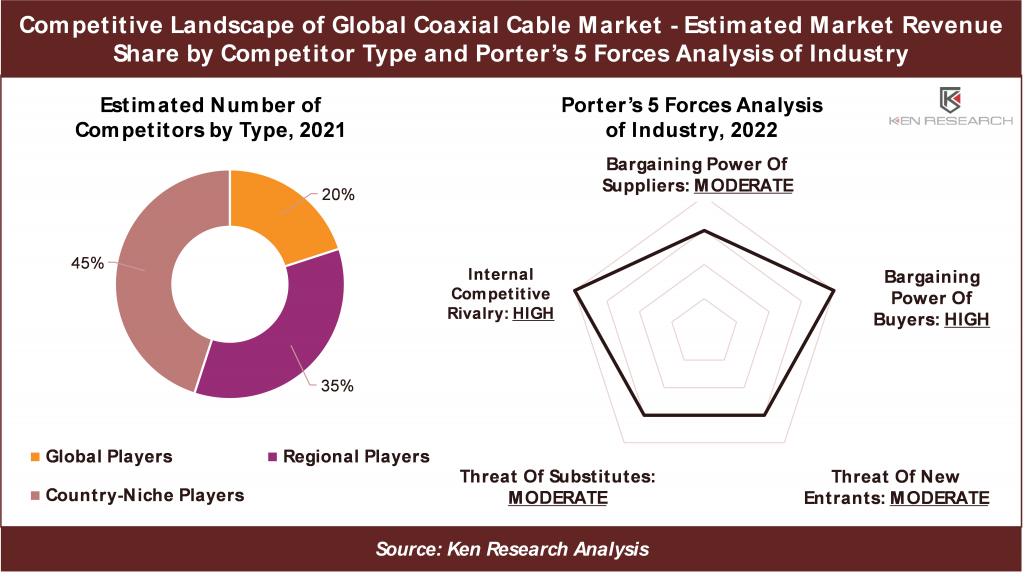 Though the market is highly competitive with ~250 participants, the global players dominate the market share, and regional players also hold a significant share.

Note: This is an upcoming/planned report, so the figures quoted here for a market size estimate, forecast, growth, segment share, and competitive landscape are based on initial findings and might vary slightly in the actual report. Also, any required customizations can be covered to the best feasible extent for Pre-booking clients, and the report delivered within a Ken

Research has recently published report titled, Global Coaxial Cable Market Size, Segments, Outlook, and Revenue Forecast 2022-2028. In addition, the report also covers market size and forecasts for the four major regions in the Coaxial Cable markets. The revenue used to size and forecast the market for each segment is US$ billion.