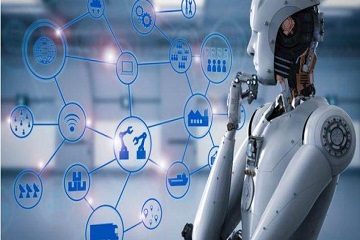 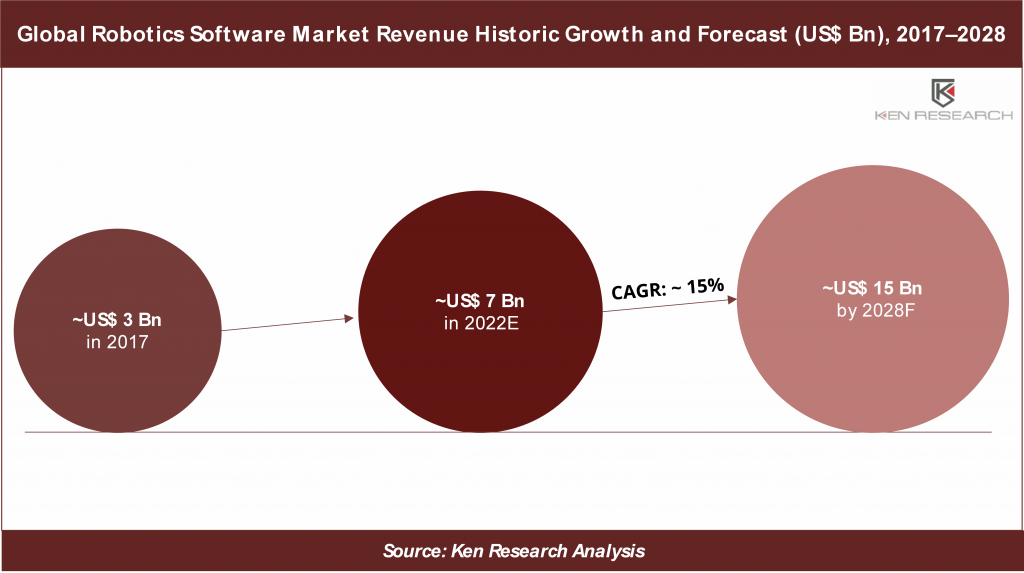 By Software Type: The Recognition Software segment held the largest market share in the Global Robotics Software Market in 2021.

The recognition software in the robots enables them with cognitive ability. This software is integrated behind the robots and helps them to identify an object and give its response accordingly. 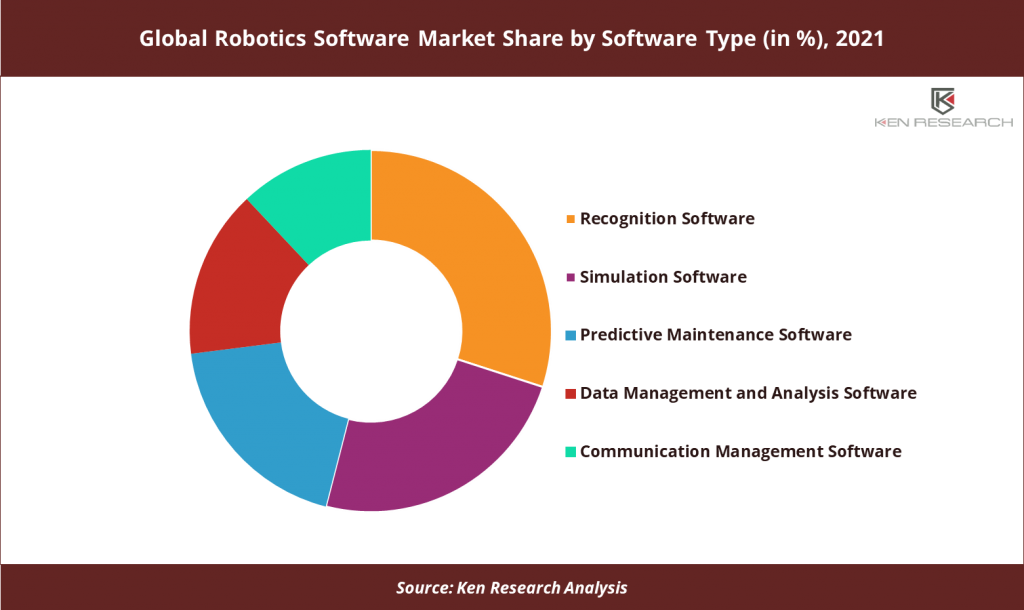 By Robot Type: The Industrial Robots segment held the larger share of the Global Robotics Software Market in 2021.

By Deployment Mode: The On-Demand segment held the larger share of the Global Robotics Software Market in 2021.

By Enterprise Size: The Large Enterprises segment held the larger share of the Global Robotics Software Market in 2021.

By End-user: The Manufacturing segment held the larger share of the Global Robotics Software Market in 2021.

By Geography: Asia Pacific accounted for the largest market share in 2021 within the total Global Robotics Software Market.

The region is also seeing increasing investments by the governments and many start-ups in robotics software of some countries such as China, India, and Thailand which is going to help the region maintain its dominant position during the forecast period. 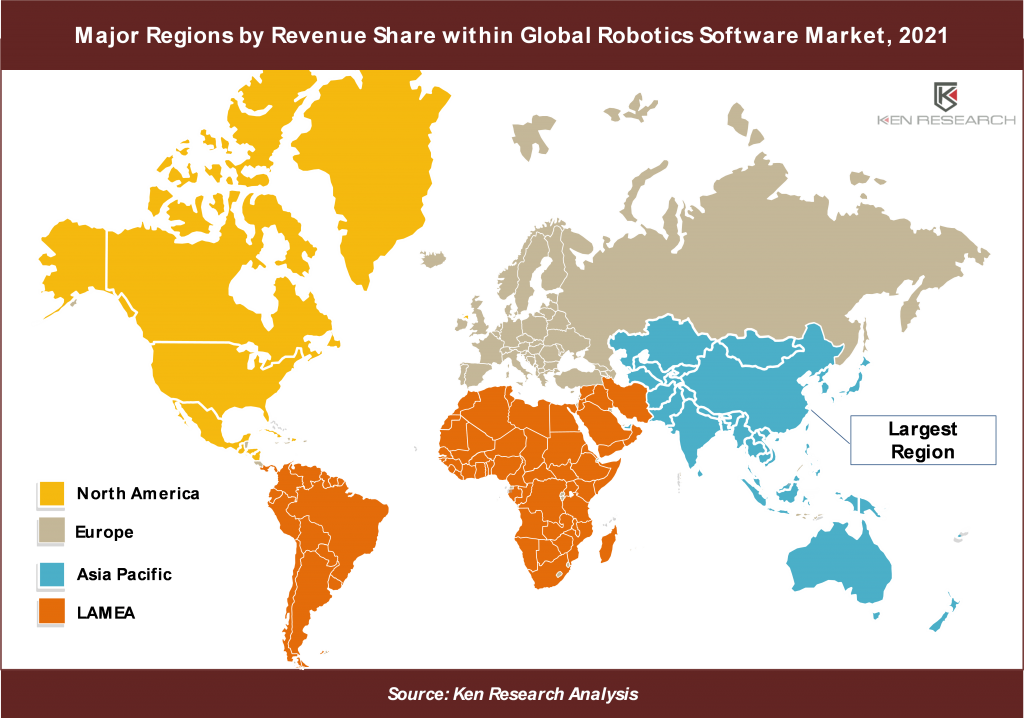 The Global Robotics Software Market is highly competitive with ~500 players which include globally diversified players, regional players as well as a large number of country-niche players. 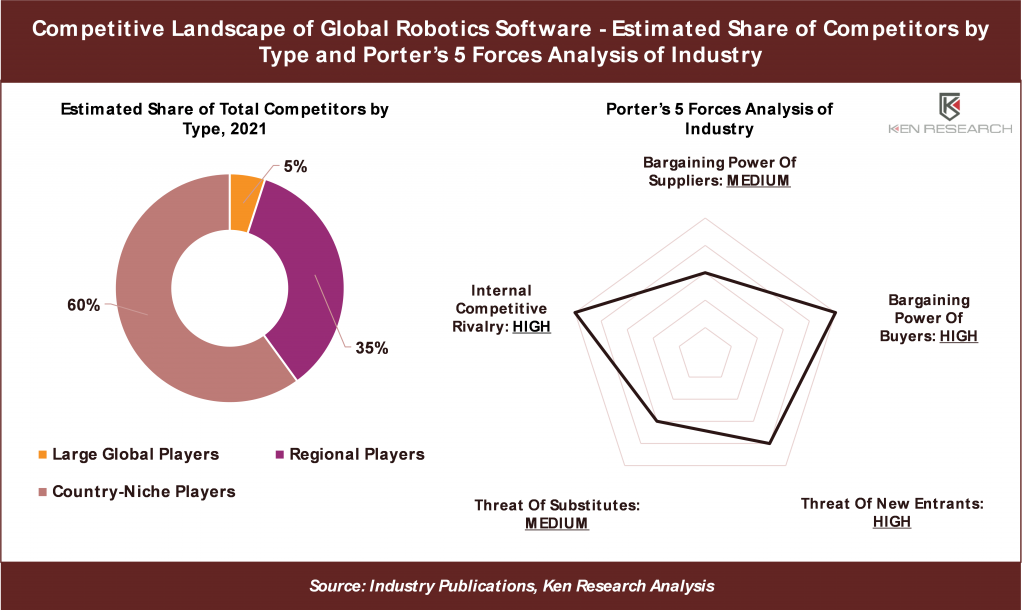 The Global Robotics Software Market is forecasted to continue a strong growth that is witnessed during the forecast period. Key trends driving market expansion include demand from end-user industries, growing installation of industrial robots for manufacturing set-ups, adoption of emerging technologies such as the Industrial Internet of Things (IIoT), and growing investments by countries as well as start-ups. The market is highly competitive with ~500 participants concentrating on expansion strategies through product innovations as well as acquisitions and mergers.