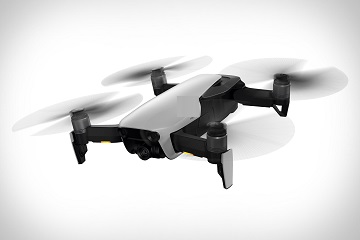 According to Ken Research Analysis, the global commercial drones market was valued at ~US$ 5 billion in 2017, it is estimated to be ~US$ 12 billion in 2022 and is expected to grow at a ~15% CAGR from 2022 to 2028, with market size of ~US$ 30 billion in 2028. Commercial drones’ increased capability in gathering high-resolution images and conducting aerial surveys has resulted in their popularization. 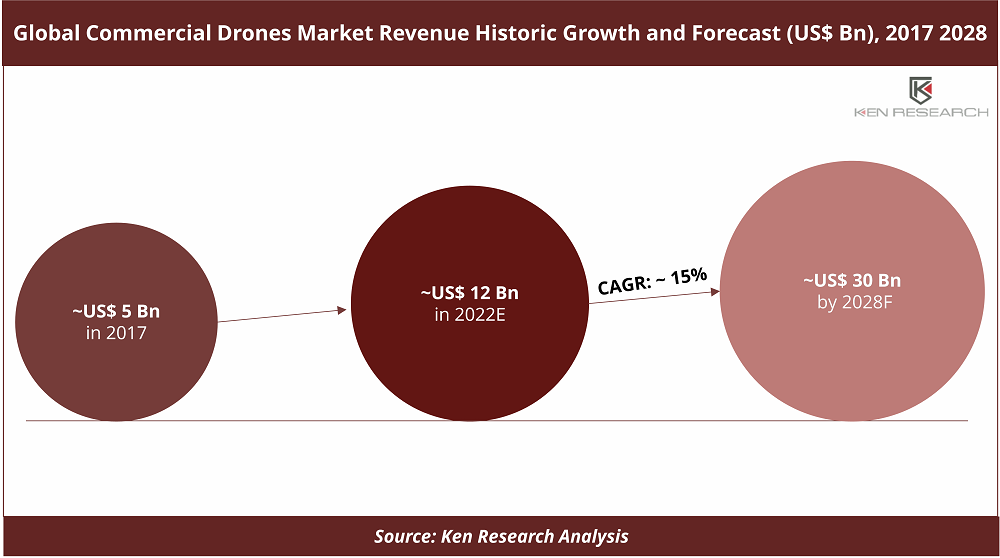 By Type:  The Rotary segment held the largest market share of the Global Commercial Drones Market in 2021.

By Mode of Operation: The Remotely Operated segment held the largest market share of the Global Commercial Drones Market in 2021.

By Application: The Filming & Photography segment held the largest market share of the Global Commercial Drones Market in 2021, owing to the advent of digitalization in photography and the utilization of new technology. 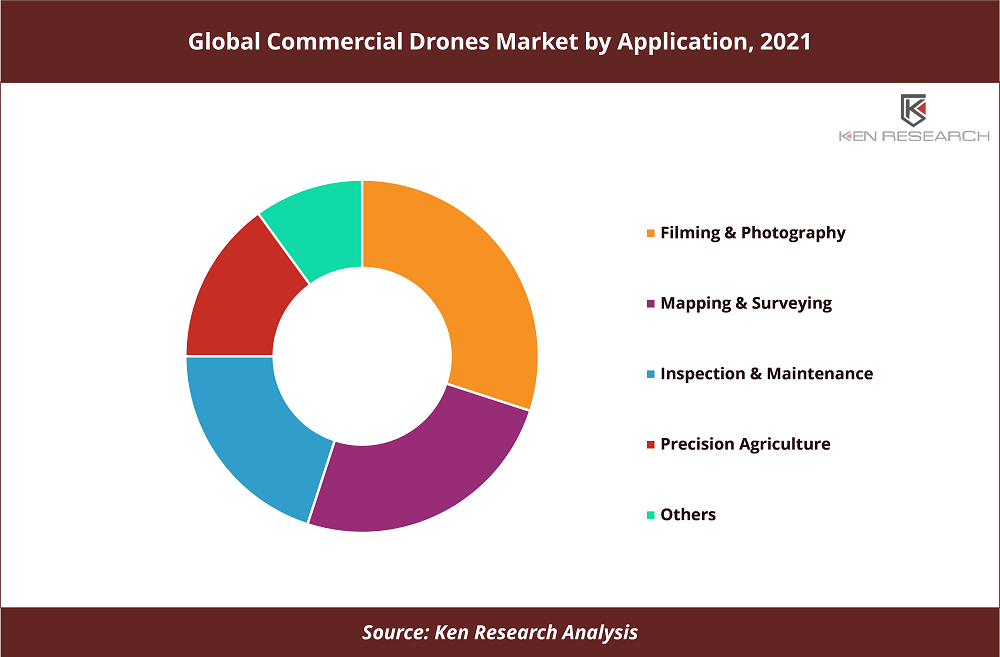 By Geography: North America accounted for the largest market share in the global Commercial Drones market in 2021.

For instance, in February 2022, according to Al-Monitor, a U.S.-based online news portal, the U.S. Navy and security partners will patrol Middle Eastern seas with 100 drones by 2023 to improve defenses against illicit activities. 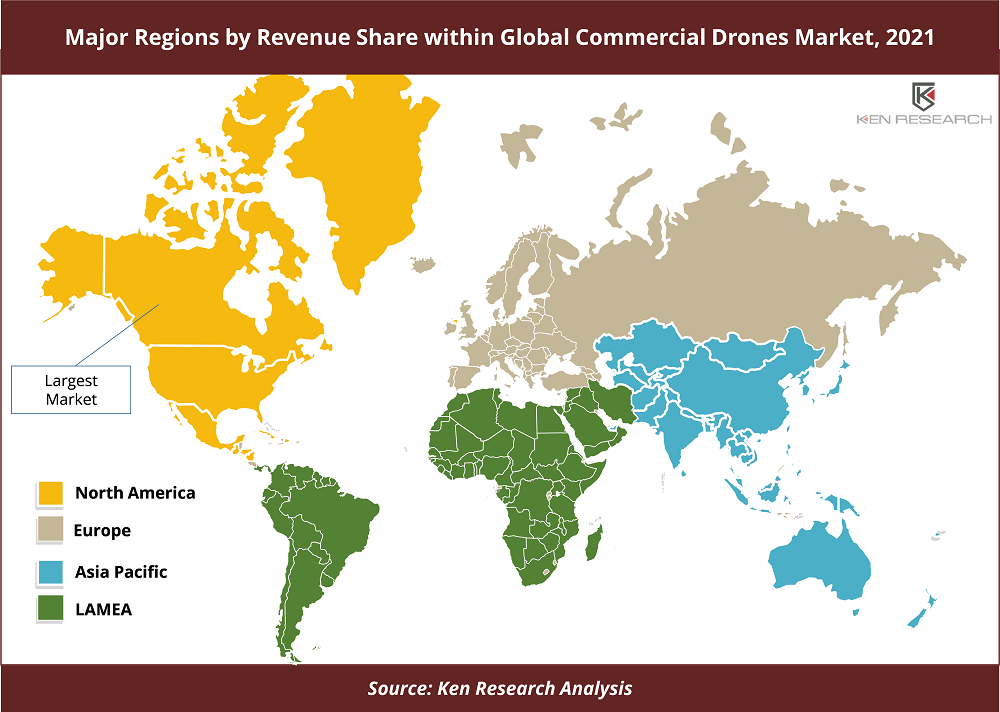 The Global Commercial Drones market is competitive with ~100 players which include globally diversified players, regional players as well as a large number of country-niche players each with their niche tech offerings, such as autonomous or advanced navigation systems, increased range, heavy payload, image stitching, red, green, and blue (RGB) color model, and more.

The global Commercial Drones market is forecasted to continue an exponential growth that is witnessed since 2017. The major driving factor contributing to the expansion of commercial drones is the rising adoption of advanced technologies, including artificial intelligence (AI), and machine learning (ML) across industries and increased application areas, including precision agriculture, aerial imaging, cargo management, traffic monitoring, and others. Though the market is highly competitive with ~100 participants, few global players control the dominant share and regional players also hold a significant share.

Note: This is an upcoming/planned report, so the figures quoted here for a market size estimate, forecast, growth, segment share, and competitive landscape are based on initial findings and might vary slightly in the actual report. Also, any required customizations can be covered to the best feasible extent for Pre-booking clients, and the report delivered within maximum 2 working weeks.

Ken Research has recently published report titled, Global Commercial Drones Market Size, Segments, Outlook, and Revenue Forecast 2022-2028 Market is segmented by type, mode of operation, and application. In addition, the report also covers market size and forecasts for the four major regions’ Wax Markets. The revenue used to size and forecast the market for each segment is US$ billion.

By Mode of Operation

KSA Cybersecurity Market is Expected to Gain Momentum from the Technological Advancements and Government Initiatives along with Covid Incited surge in Demand: Ken Research

Buy Now Government strict regulations such as ECC and Cybersecurity Framework by SAMA will act as a catalyst for the surging growth of the...
Read more
Defense