Global Power Tools Market is expected to reach revenue of US$ 50 Billion by 2028: Ken Research 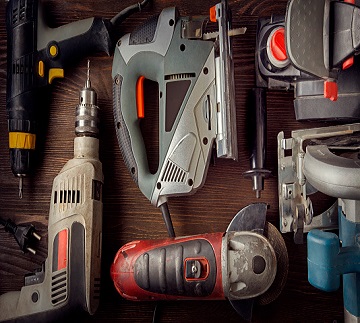 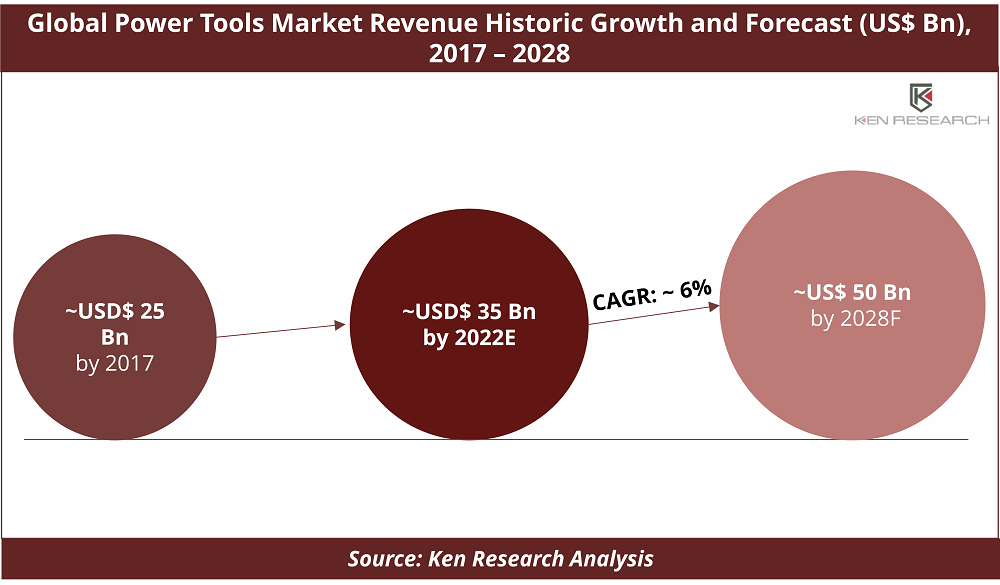 By Product: The Drills segment held the largest market share of the global power tools market in 2021. Automotive production, assembly lines, and automobile repair shops are driving the demand for drill power tools. 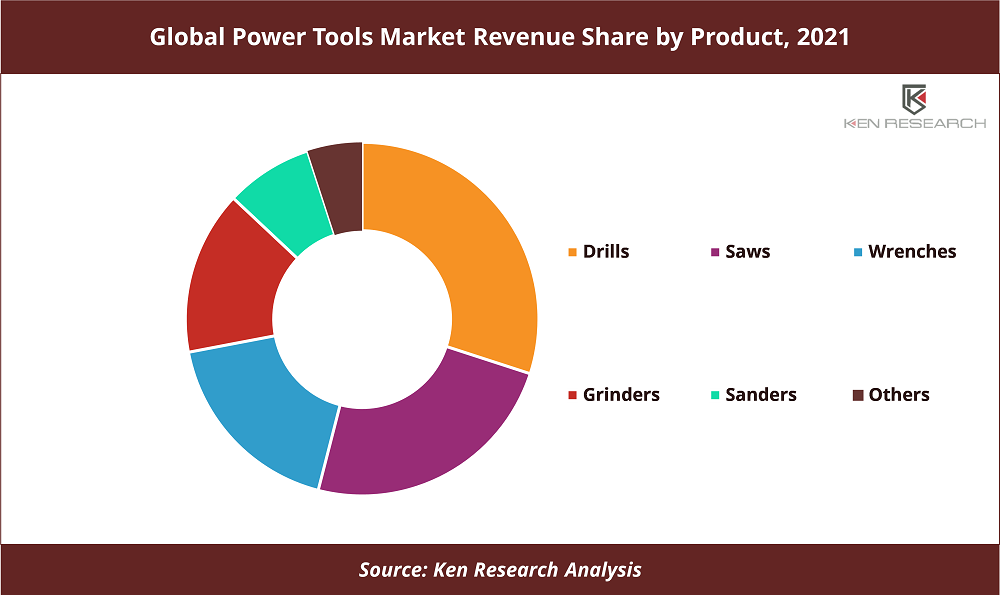 By Mode of Operation: The electric segment accounted for the largest market share in 2021, owing to the rising demand from the automotive and construction industry.

By End-User: The industrial segment held the largest market share in 2021, owing to the rising demand from construction, manufacturing, automobile production, and assembly lines. 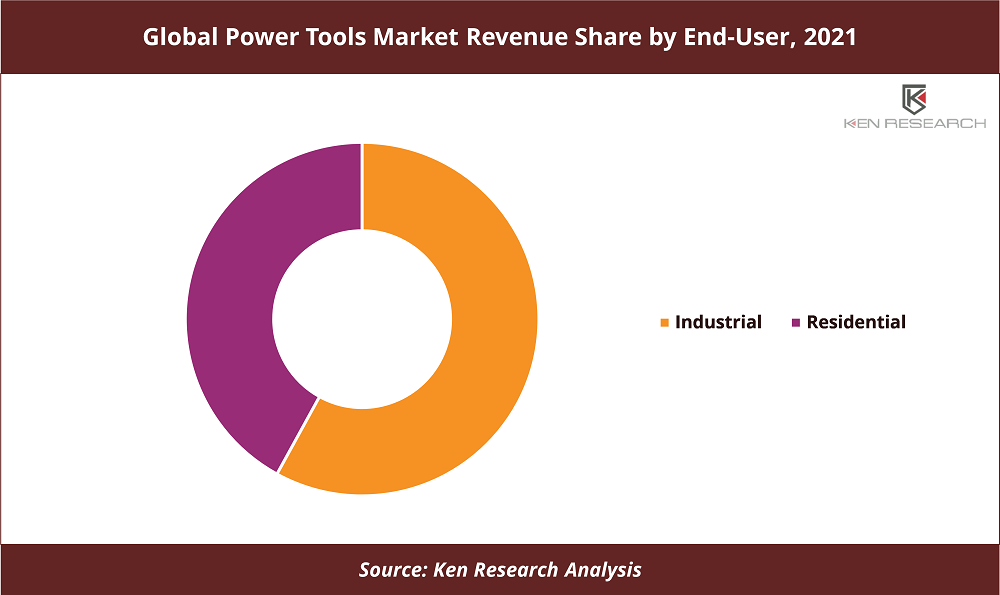 By Geography: Asia Pacific accounted for the largest market share within the global power tools market in 2021, owing to the emerging automotive industry, and houses most of the power tools companies.

The global power tools market is highly competitive with ~300 players which include globally diversified players, and regional players as well as a majority number of country-niche players having their niche in power tools manufacturing and dispensing to multiple end-user industries. 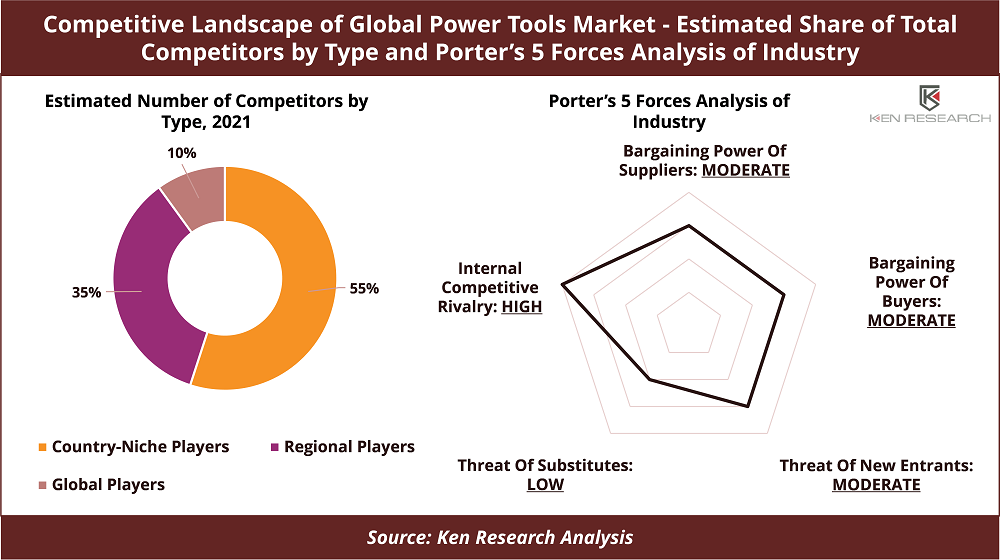 The global power tools market witnessed significant growth during the period 2017-2021, the rising automotive industry, the construction industry, and increasing adoption of power tools in households as DIY. The growth rate is expected to remain significant during the forecast period.

Though the market is highly competitive with ~300 participants, the majority of country niche players dominate the market share by type, and global players also hold a significant share.

Note: This is an upcoming/planned report, so the figures quoted here for a market size estimate, forecast, growth, segment share, and competitive landscape are based on initial findings and might vary slightly in the actual report. Also, any required customizations can be covered to the best feasible extent for Pre-booking clients, and the report delivered within a maximum of 2 working weeks.

Ken Research has recently published report titled, Global Power Tools Market Size, Segments, Outlook, and Revenue Forecast 2022-2028, market is segmented by Product, Mode of Operation, and End-User. In addition, the report also covers market size and forecasts for the four regions in the power tools market. The revenue used to size and forecast the market for each segment is US$ billion.

By Mode of Operation