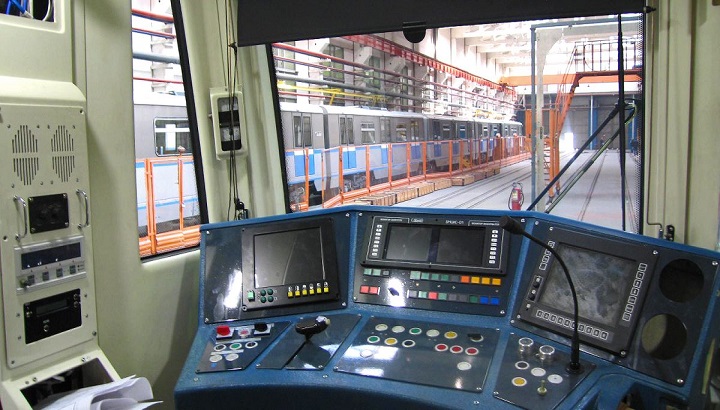 TCMS or Train control and management system is a control system for trains that controls and manages the flow of information between the train and sub systems of trains, such as the air conditioner, brakes, video surveillance and trains doors. It provides a single point of control over all the train sub-systems. It comprises digital and analog input/output (I/O), human machine interfaces, computer devices & software, and data networks to connect all these together in a secure & fault-resistant manner. TCMS is also often referred to as the “brain of the train” owing to its central role in coordinating control & monitoring across disparate systems. It is the standard control, communication & train management system for all vehicle platforms or applications ranging from metros, trams, passenger coaches and people movers to multiple-car trains, high-speed trains and high-performance locomotives.

The TCMS market is driven by rise in trend of automated metros & high-speed trains, followed by increase in fuel emission norms & regulations, increase in urbanization, upgrade of the systems, rise in investments in technology, growth in population growth & urbanization, rise in development of light rail transit and increase in demand for safe & comfortable transport. However, a potential malfunction or system failure and lack of interoperability may impact the market. Moreover, rise in demand for TCMS-equipped rolling stocks in emerging markets is a key opportunity for market.

Based on geography, the North-American region dominates the TCMS market owing to rise in global downstream demand for TCMS and significant increase in the government expenditure on various high speed rail projects in the region. Whereas, the Asian-Pacific and European regions are estimated to exhibit considerable growth rate due to increase in the need for energy efficiency and reduction in road traffic congestion over the forecast period. In upcoming years, it is projected that future of the market will be bright as a result of increase in public investment in rail projects and rise in development of railway infrastructure during the forecast period.

Buy Now Burgeoning Demand for Last-mile Delivery Services:  To fulfil the need for instant gratification via efficient delivery of goods to consumers has propagated the...
Read more
Automotive, Transportation and Warehousing

Buy Now 1. The total retail sales in Germany was more than 500 Bn out of which 27% was carried through E-commerce Platforms Amazon.de, Zalando.de, Otto.de,...
Read more