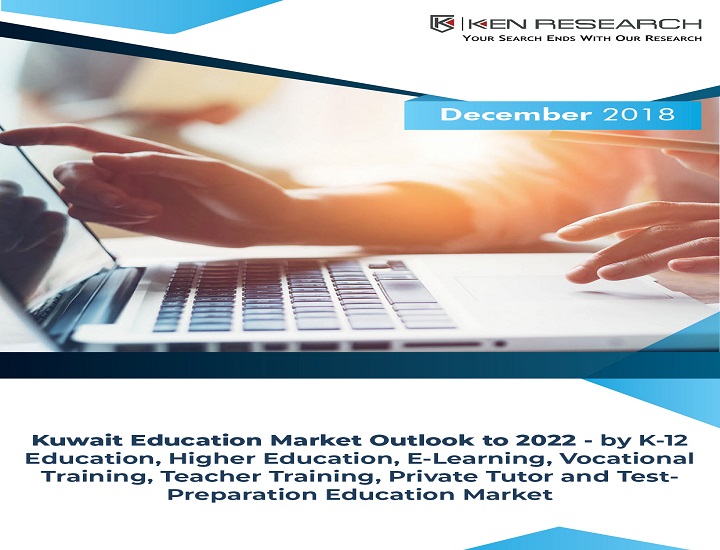 What Was the Growth Story of Kuwait’s Education Sector during 2012-2017?

Kuwait Education Market has grown to KWD ~ million in 2017 from KWD ~ in 2012 at a CAGR of ~ during the same period. The primary reason for the robust market growth during 2012-2014 has been the shift in preference of Kuwaiti parents towards private K-12 players for educating their children. A growing number of private universities were established to cater to the demand for extending quality higher education. This has brought in higher enrollments and revenue, thereby supplementing the overall market. Kuwaiti government focused on digitizing all books from 2011. The increased usage of e-learning and m-learning has improved the caliber of Kuwaiti students in general.

During 2015-2017, expansion in expat population at an alarming rate has been the main driver of the market. With the opportunity to earn higher disposable income and the absence of personal income taxes, people from various countries have been settling in the country. Increasing number of privates schools have been constructed to cater to the growing demand. A trend of rising fee in private schools has also been witnessed due to rising operational costs. The government has continued to partner with elite colleges abroad in a bid to encourage students to enroll in these universities. This has encouraged students to further their studies outside Kuwait, increasing enrollment in test preparation centers.

How has the K-12 performed during the Review Period?

Kuwait’s K-12 education market has grown to KWD ~ million in 2017 from KWD ~ in 2012 at a CAGR of ~ during the same period. The government expenditure during 2012 to 2017 has also grown from KWD ~ to KWD ~. The major trends driving growth within the market have been:-

Shift to Private Schools due to Lack of Modern Technology: It has been analyzed that major public schools have not been equipped with latest technologies such as SMART board interactive displays, tablets, laser printers & strong, consistent Wi-Fi connection, resulting in less interactive ways of teaching hence, a lower quality of education extended. This combined with the higher prestige offered through western curriculums taught in private schools and a higher disposable income earned by citizens in Kuwait has led to higher enrolment in private schools.

Improvement in Standard of Education: In 2015, The Ministry of Education, together with the NCED (National Center for Education Department) and the World Bank launched a five-year technical cooperation agreement focusing on education reforms. The program launched focused on curriculum enhancement & development, effective teaching and school leadership. The program has improved the quality of the teaching & learning, thereby increasing government expenditure.

Growth in Low & High Skill Jobs Opportunities with Higher Pay: High disposable income and no private income taxes have resulted in a strong flow of expats coming to Kuwait. Increased willingness to pay has also expanded the private market.

What Are The Major Customer Decision Making Parameters In Private K-12 School?

Location: Customers are less likely to go to enroll their children in a school that is far away unless the quality of education is superior to closer institutions, to save on time and other resources. Hawalli Governorate is a popular area for good private schools and they cater to many of Kuwait’s populous.

Price: The public education is free of cost to all Kuwaitis. Expats have to enroll their children into private schools. Expats and Kuwaitis earn high disposable income and can afford to send their children to the expensive western schools. For those with limited resources, the options lie mostly in the Indian and Pakistani schools, which are some of the cheapest private schools in the country.

Services Offered: Schools compete on more than quality of education. Extracurricular activities are also an important parameter to focus on and schools cater to fulfill most requirements. Schools provide a Model UN team, music clubs, school trips, and community services. They also offer Olympic size swimming pools, theatre and arts, and sports clubs to get an edge over competitors.

Brand Image: The western schools are very popular due to high prestige attached. However, there is a large Indian and Pakistani population with schools catering specifically to their requirements. Parents place higher trust in a good brand school and are more willing to send their children to these institutions for mind-nurture and physically-development.

Segregation: Most public schools are segregation by gender in Kuwait. There are also schools catering just for girls in the private sector for parents uncomfortable with a co-ed education.

What are the Current Challenges Faced by Customers in K-12 Market?

Teaching/Curriculum Quality:  There is high attrition rate for teachers in this sector generating issues for students to adapt.  Many under-qualified teachers are accepted due to the lack of educators resulting in a substandard level of education. Teachers are sometimes encouraged not to hand-out failing grades, as it lowers the overall passing rate of the school. Many students pass without the required knowledge & skills for that class.

Cost of Education: Education is costly for Non-Kuwaitis. Western schools charge an enormous fee that is not affordable for all customers. Customers who cannot afford the western schools have to enroll in the cheaper Indian and Pakistani schools that may pose as a challenge to children not familiar with the cultural backgrounds.

Over Discipline: Abuse of children, verbal or physical is prohibited by law and yet it is a common occurrence in public schools.

Availability: Stateless Children (Bidoon) are not guaranteed education for free in the public school and many cannot afford to study in the private schools.

Technology: Smart phones and other recreational gadgets allowed can become distractions from learning for some students. Prolonged exposure at a young age can lead to addiction, weak eyesight and have a negative impact on the psychological development of a child. These gadgets are also sometimes used to cheat but there have been measures put into place to dissuade such activity.

Buy Now Medical education in Indonesia requires at least 5.5 years of Graduation plus 1 year Internship to be qualified for the master’s course. Students...
Read more
Education

Buy Now Market Overview During the research period 2015-2020, the Saudi Arabia E-Learning market was seen to rise with a consistent growth trend. E-learning is a...
Read more