3 Key Insights on Competitive Landscape in the Global Exoskeleton Market 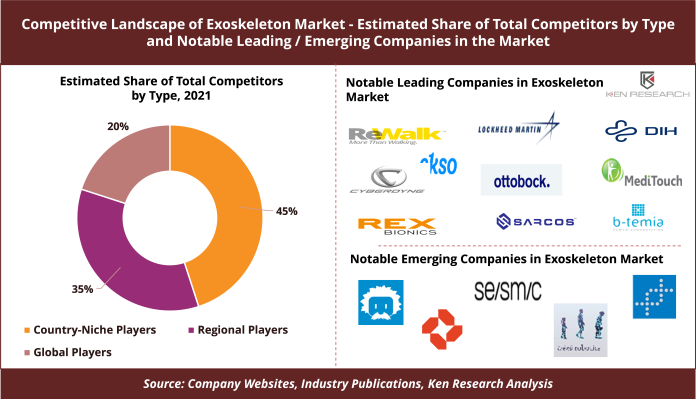 Global Players Dominate the Market Holding ~45% Revenue Share Despite the Presence of about ~100 Competitors Comprising a Significant Number of Country-Niche Players and Regional Players, finds a recent market study on the Global Exoskeleton Market

The exoskeleton is a wearable robotic device that is used to improve the wearer’s physical performance for human tasks. The exoskeleton supports people when they walk, stand, and carry heavy things. Using the exoskeleton technology can lessen the consequences of various impairments, such as muscular dystrophy, and paralysis. There are three types of exoskeletons i.e. full body, upper body, and lower body exoskeleton, which are widely used in healthcare, defense, and industrial sectors.

A comprehensive competitive analysis conducted during the Research Study found that the Global Exoskeleton Market is significantly competitive with ~100 players, including globally diversified players, regional players, and a significant number of country-niche players with their niche in Exoskeleton manufacturing. The majority of the global Exoskeleton companies, including Ekso Bionics Holdings, ReWalk Robotics, Cyberdyne Inc., Rex Bionics Ltd., and Sarcos, maintained their leading positions during the forecast period.

The majority of the country’s-niche players are component manufacturers and assembling companies or small Exoskeleton Developers that are developing new technologies for making exoskeletons more effective and less expensive, which will help them to secure a marginal position in the market.

Detailed comparative analysis of key competitors available within the Research Study shows that the rising demand for the exoskeleton from the healthcare sector for  robotic rehabilitation which means designing robots to improve movement in persons with impaired physical functioning and the therapeutic system is providing new opportunities for the Exoskeleton market. 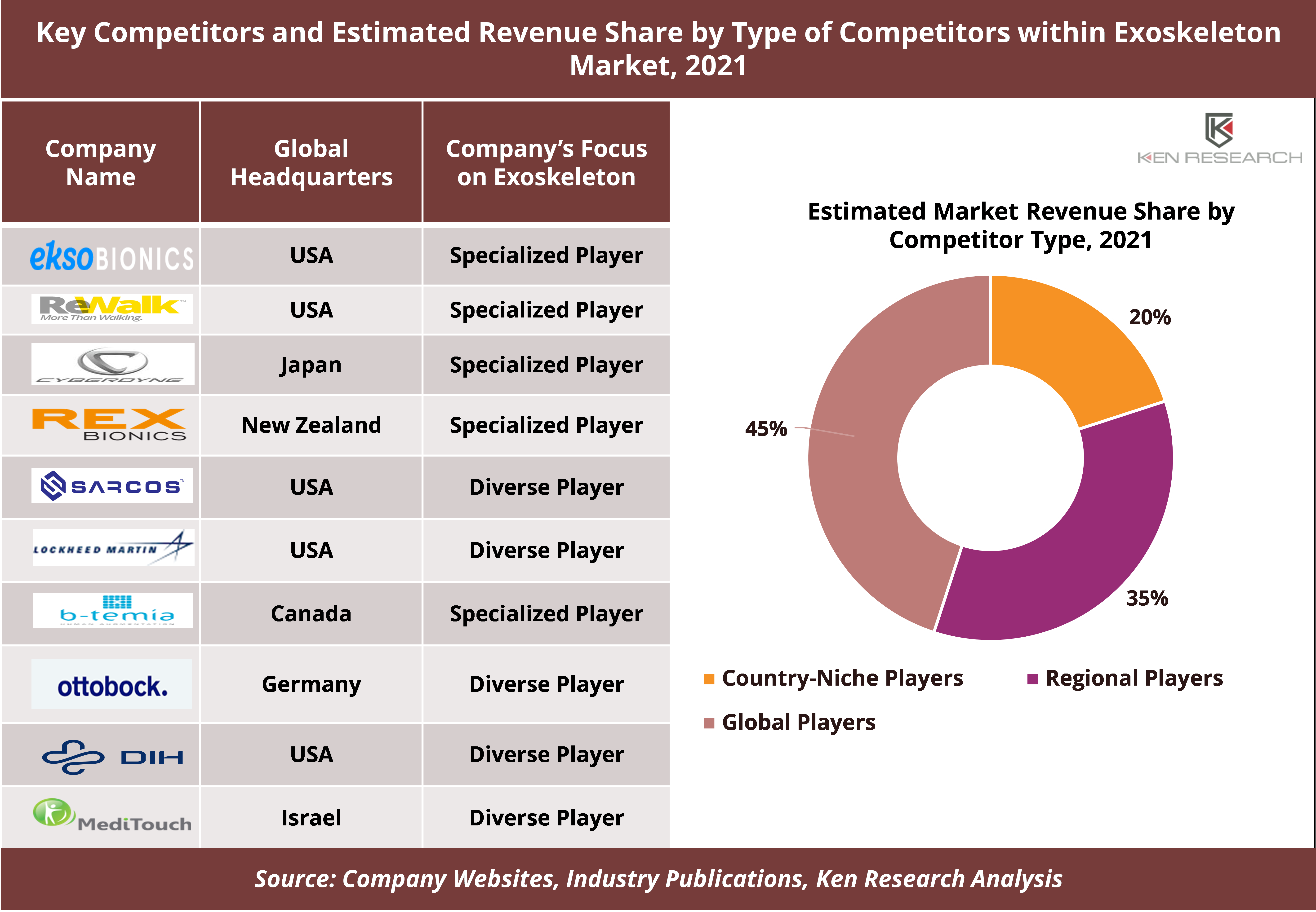 3 Key Insights on US$ 2,500 Mn Opportunity in Global Exoskeleton Market

Buy Now Athleisure also categorized as hybrid clothing, refers to manufactured apparel that is frequently worn for athletic activities as well as in other contexts...
Read more
Business

Buy Now Collagen is the most abundant protein in the body, containing 19 amino acids such as glutamine, arginine, proline, and glycine. Its fibrous structure...
Read more
Banking Financial Services and Insurance

Buy Now Saudi Arabia is a relatively young country and with consistent growth in the population, there would be a rising financial need for education,...
Read more