Europe Agrochemical Market is Driven by Expansion of R&D Capacity of International Players and Rise in Demand of Biopesticides: Ken Research 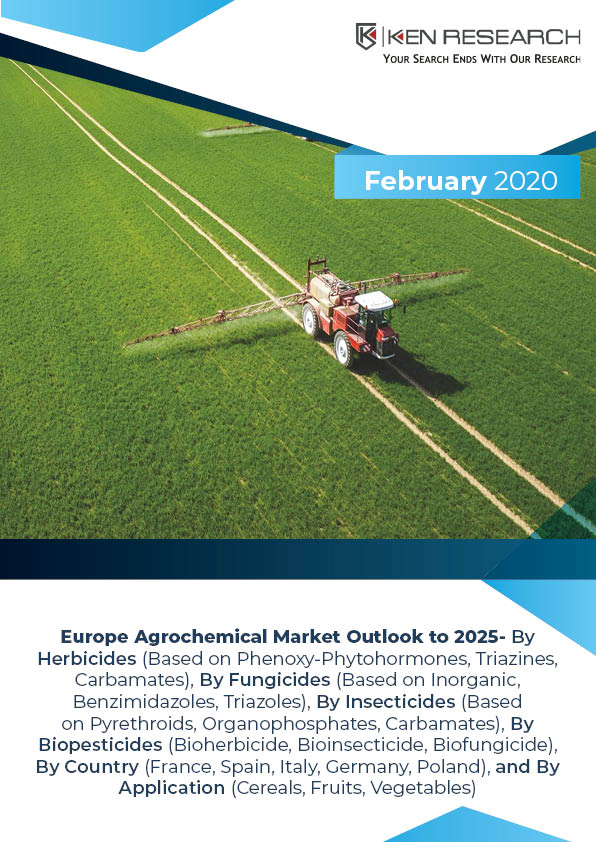 The report titled “Europe Agrochemical Market Outlook to 2025- By Herbicides (Based on Phenoxy-Phytohormones, Triazines, Carbamates), By Fungicides (Based on Inorganic, Benzimidazoles, Triazoles), By Insecticides (Based on Pyrethroids, Organophosphates, Carbamates), By Biopesticides (Bioherbicide, Bioinsecticide, Biofungicide), By Country (France, Spain, Italy, Germany, Poland), and By Application (Cereals, Fruits, Vegetables)” by Ken Research suggested that the Europe Agrochemical Market witnessed a negative growth between the review period (2014 and 2019) due to strict regulations imposed by the government on agrochemical companies and change in preferences of the customers from chemical based pesticides to biopesticides. 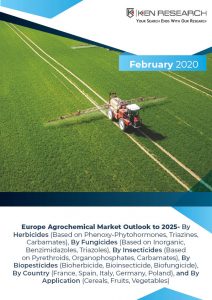 “Due to rise in demand for sustainable agriculture, the demand for biopesticides has increased over the years”

Ban of Active Neonicotinoids: Over the years, European Union banned the use of various chemical based pesticides in the region. For instance, in 2018, EU completely banned the use of Neonicotinoids for all outdoor uses, owing to their harmful impact on pollinators and bees. In addition to this, Glyphosate can be used as an active substance in plant protection products in the region till 15th December.

Diversified Product Offerings: Agrochemical companies have focused on developing solutions as per the needs of the farmers in order to differentiate their service offerings from other players in the market. Companies have been intending to become one stop service provider by addressing all needs of the farmers including crop protection, seed treatment, postharvest solutions, digital farming and others.

Rise in Demand for Biopesticides: The major players in the agrochemical market have been focusing on development of solutions for biopesticide segment. For instance, FMC aims to spend 80% of their research and development budget to create sustainable products by 2020. In addition to this, the government has been focusing their efforts in reducing the consumption of chemical based pesticides in Europe. For instance, in 2008, French government launched an initiative named EcoPhyto to reduce the consumption of pesticides in the country. Increase investment in R&D, increasing taxes on pesticides, prohibition of certain active ingredients has been some initiatives taken by the government to reduce the usage of chemical based pesticide.

By Revenue of Total Market in Euro Million

By Revenue of Active Substance Market in Euro Million

By Sales Volume of Active Substance Market in Metric Tonnes

Based on Inorganic Compounds

Based on Diazoles or Triazoles

Other Crops such as Sugarbeet, Potatoes, Olives, Almonds and other crops grown in European Countries

Europe Biopesticide Market Segmentation by Type of Biopesticide (Bioherbicides, Bioinsecticides and Biofungicides)  on the Basis of Sales Volume in Metric Tonnes and Revenue in Euro Million

Indonesia Agrochemicals Market Outlook to 2025- By Type of Pesticides (Herbicides, Insecticides, Fungicides, Bio Pesticides and Others), By Type of Crop Protection Product (Generic and Patented), By Application (Cereals, Vegetables, Fruits and Plantations) and By Sales Regions (Java & Bali Region, Sulawesi, Sumatra and Kalimantan)

South Africa Crop Protection Market Outlook to 2022 – By Herbicides, Insecticides, Fungicides, Biopesticides and others; By Generic and Patented Pesticides; By Technicals and Formulations; By Crops (Cereal Crops, Fruit Crops and Vegetable Crops)