Global Seed Treatment Market is expected to grow further to a size of around US$11 Billion by 2028: Ken Research 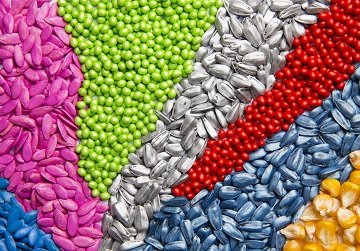 The purpose of seed treatment is to disinfect seeds from pathogenic organisms, which could be seed-borne or soil-borne, and storage insects. A host of processes are deployed to treat seeds, including the application of fungicides or insecticides, exposing seeds to solar energy, immersing them in conditioned water, etc. A properly carried out seed treatment process helps prevent the spread of plant diseases, protects seeds from rot, seedling blights, and storage insects, and improves germination.

The Global Seed Treatment Market is estimated to have grown to a size of nearly US$7 Billion in 2022 from approximately US$5 Billion in 2017. The market is expected to grow further to a size of around US$11 Billion by 2028 at a CAGR of nearly 8% for the forecasted period of 2022-2028. 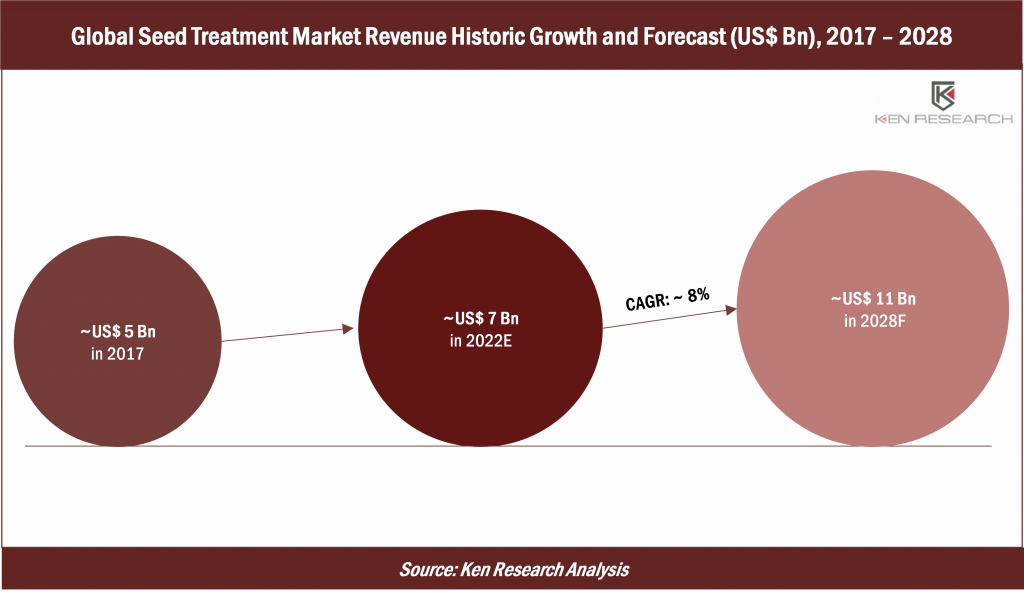 By Type:  According to Ken Research’s analysis, the majority of the seed treatment procedures are carried out through the Chemical route. 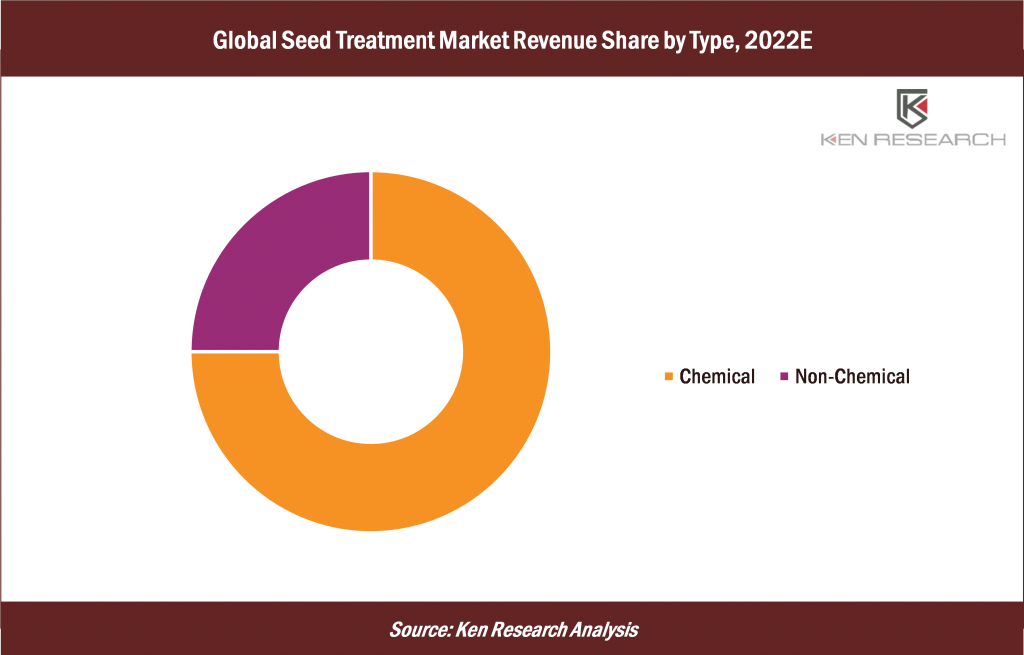 By Treatment/Application Technique: The seed coating segment is estimated to occupy the largest market share in 2022 as far as treatment/application techniques are concerned.

By Crop: The Cereal and Grains segment is expected to emerge as the largest crop segment as far as the application of seed treatment techniques is concerned. 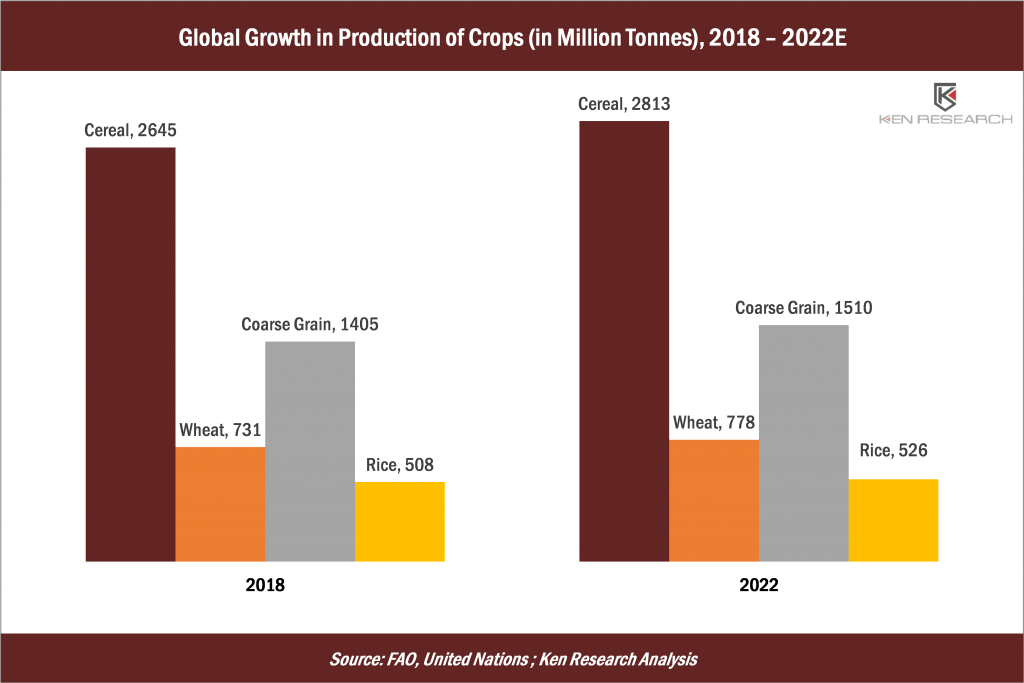 By Function: The seed protection segment occupies the largest share of the seed treatment market when seen from the prism of functions. The seed enhancement segment mostly takes care of plant nutrition needs.

By Region: North America is estimated to continue with its dominance over the seed treatment market even in the forecasting period, majorly due to the large-scale adoption of biotech crops in countries like the United States and Canada.

Japan, for instance, is among one of the world’s largest per-capita importers of GM food and feed and has approved more than 300 GM products for food, including 141 varieties of crops. The Philippines has also exhibited remarkable progress in adopting seed treatment. It was the first country in Asia to have given commercial clearance to Rice that was treated with beta-carotene for enhanced nutritional value. 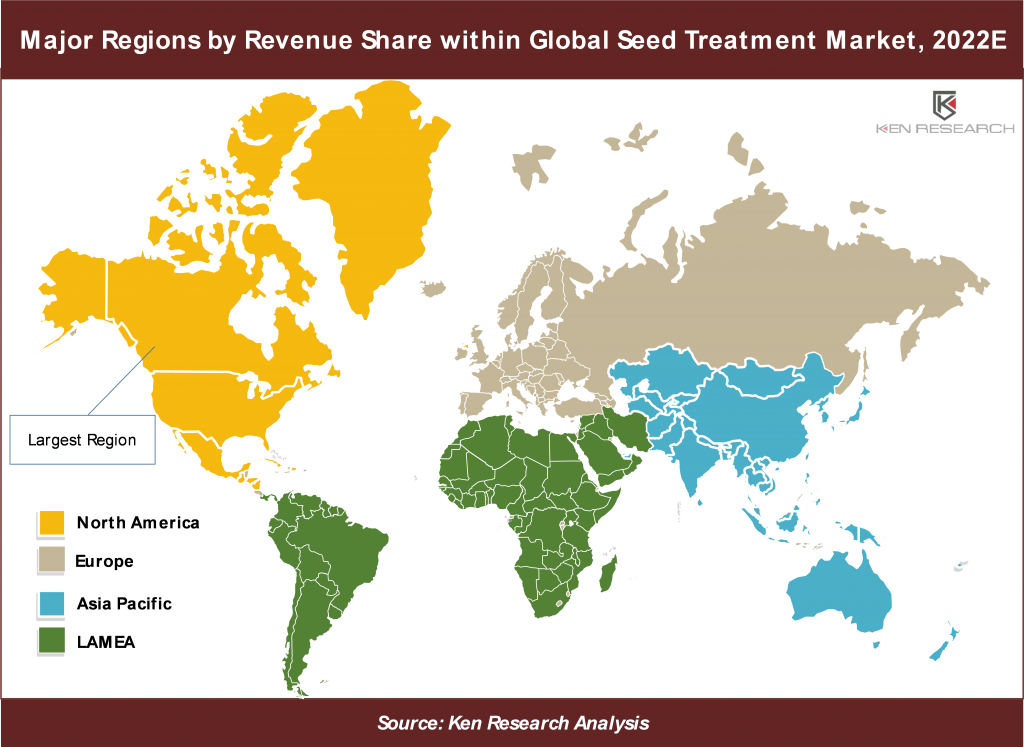 To more regional trends, Ask for a Customization @ https://www.kenresearch.com/ask-customization.php?Frmdetails=NTk2MDEx

The Global Seed Treatment market has nearly 150 players, including globally diversified players, regional players, and country-niche players having their expertise in addressing region-specific needs to treat seeds in a way that is conducive to the local climate conditions.

Large global players constitute ~20% of the market in terms of the number of competitors, while regional players hold the second largest share. Some of the major players in the market include Adama Agricultural Solutions, Bayer AG, BASF, Syngenta AG, Sumitomo Chemical Co., Ltd., Dow, Corteva, Inc., Croda International Plc., Nufarm, Novozymes, and more, among others. 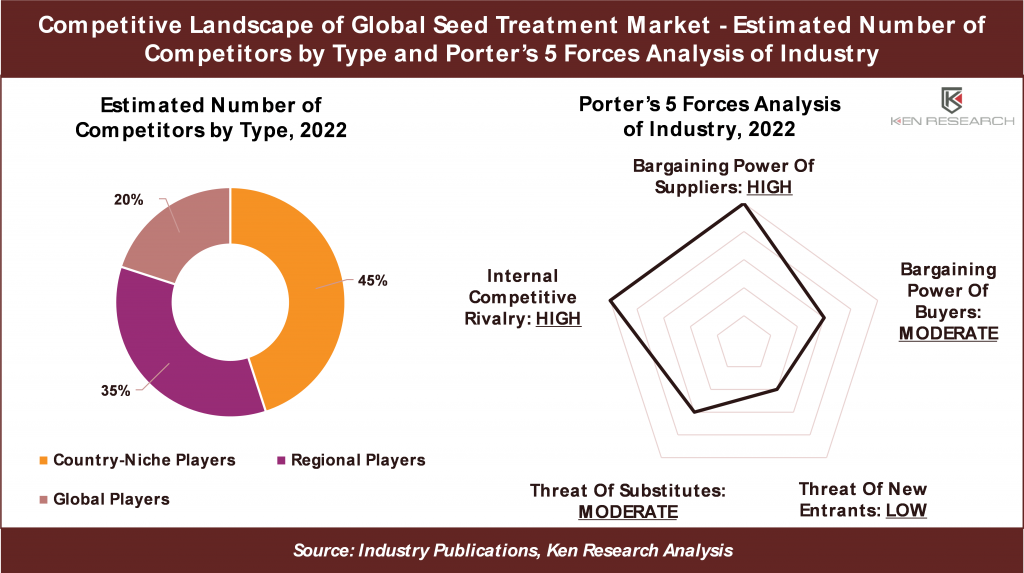 The Global Seed Treatment Market Size, Segments, Outlook, and Revenue Forecast 2022-2028 is expected to continue growing on a steady and moderately-paced trajectory. The need for efficient farming is increasing worldwide. Farmers and agricultural farm owners are looking for ways to reduce the loss of yield, improve their seed’s germination potential, and protect seeds from the negative impacts of irregular climate, pests, insects, and diverse types of crop diseases. As of 2019, genetically modified crops occupied 190 million hectares of cultivable fields, indicating a growing inclination towards leveraging science and technology for the improvement of agricultural production. This inclination would serve as a tailwind for the Global Seed Treatment Market in the forecasted future.

Note: This is an upcoming/planned report, so the figures quoted here for market size estimate, forecast, growth, segment share and competitive landscape are based on initial findings and might vary slightly in the actual report. Also, any required customizations can be covered to the best feasible extent for Pre-booking clients and report delivered within maximum 2 working weeks.

Australia Crop Protection Market is expected to grow at a robust CAGR, owing to the rising demand for bio-pesticides and the adoption of herbicide-resistant...

The Australia Crop Protection Industry has grown steadily in the last five years owing to the technological innovations in the industry and rising use...

Buy Now The Crop Protection Market in Australia saw a steady growth in the period of 2017-2021, and the market is expected to grow at a...
Read more
Agriculture and Animal Care

The France crop protection chemicals market size is anticipated to expand at a substantial CAGR in the upcoming years owing to increasing requirement for...