Autotransfusion devices are commonly used to collect and reinfuse blood from patients. The use of autologous blood transfusions to prevent infections brought on by allogeneic blood transfusions is made possible by these systems, which play a significant part in cell salvage approaches. These tools are used in invasive procedures for the heart, the joints, the nervous system, obstetrics, and gynecology. The increasing number of surgical procedures across the globe has anticipated the fuel the growth of the market during the forecast period of 2028.

According to the research report, “Global Autotransfusion Device Market 2022-2028” asserts that the Global Autotransfusion Device Market is propelled due to the shift toward Autologous Blood Transfusion by individuals during the forecasted period of 2028. Rising chronic illness instances in developing nations, an increase in surgical operations, and an increase in the liver or even other organ transplant surgeries are some of the important drivers predicted to fuel the devices market during the projection period. Furthermore, the growing global burden of the older population and the increasing need for cardiac devices are expected to drive market growth. 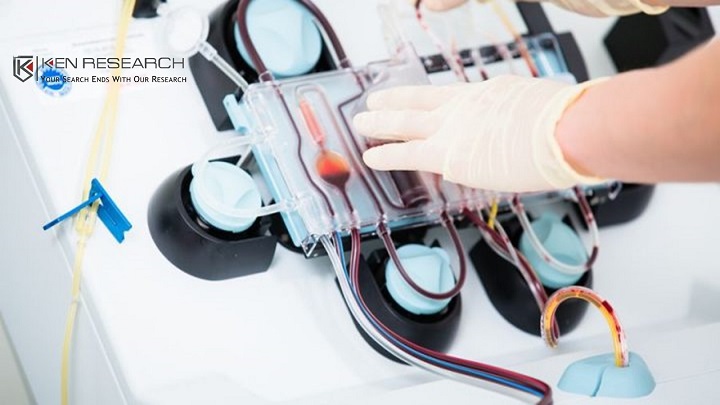 In terms of types, the Global Autotransfusion Device Market constitutes Devices and Accessories. The devices segment is further classified as intraoperative, postoperative, and dual mode. Intraoperative devices are more popular in the autotransfusion device market because they are commonly used in open heart surgeries, where blood loss is high, and because the heart is an important organ, blood transfusions must be administered quickly to restore the patient’s blood loss.

On the basis of applications, the Global Autotransfusion Device Market is categorized into Cardiac Surgeries, Orthopedic Surgeries, Organ Transplantation, Trauma Procedures, and Others. During the forecast period, the Cardiac surgery segment is expected to generate the most revenue. The increasing number of cardiac disorders and treatments has boosted the need for the use of autotransfusion systems. In addition, the growing usage of post-operative cell salvage in orthopedic treatments is expected to drive the orthopedic surgery sector market during the projection period.

The End-Users of the Global Autotransfusion Device Market are Ambulatory Surgery Centers (ASCs), Hospitals, and Specialty Clinics. Hospitals accounted for the maximum share of the global autotransfusion device market. Many people stroll into hospitals for diagnostics, and many more are admitted for surgical treatments. As a result, hospitals now have a sizable proportion of the autotransfusion device market, and this trend is expected to continue during the projected period.

Based on the geographical analysis of the Global Autotransfusion Device Market is primarily split into Asia-Pacific, Europe, North America, and the Rest of the World (Row). North America dominates the Global Auto Transfusion Market due to a variety of factors including the presence of top firms in the country, a high number of surgeries performed in this region, the accessibility of developed healthcare infrastructure, and beneficial government initiatives, all of which contribute to the region’s dominance.

During the forecasted period of 2022-2028, the Global Autotransfusion Device Market will grow rapidly due to expanding prevalence of surgical methods which will boost the market. Other factors promoting the rise of the blood transfusion device include an increase in the incidence of blood disorders, an increase in the number of trauma and accident cases, and technological advancements.

Buy Now “The Dental Services Market in India saw a dip in the growth rate in FY’2021 due to the Covid-19 pandemic and dental clinics...
Read more
Banking Financial Services and Insurance